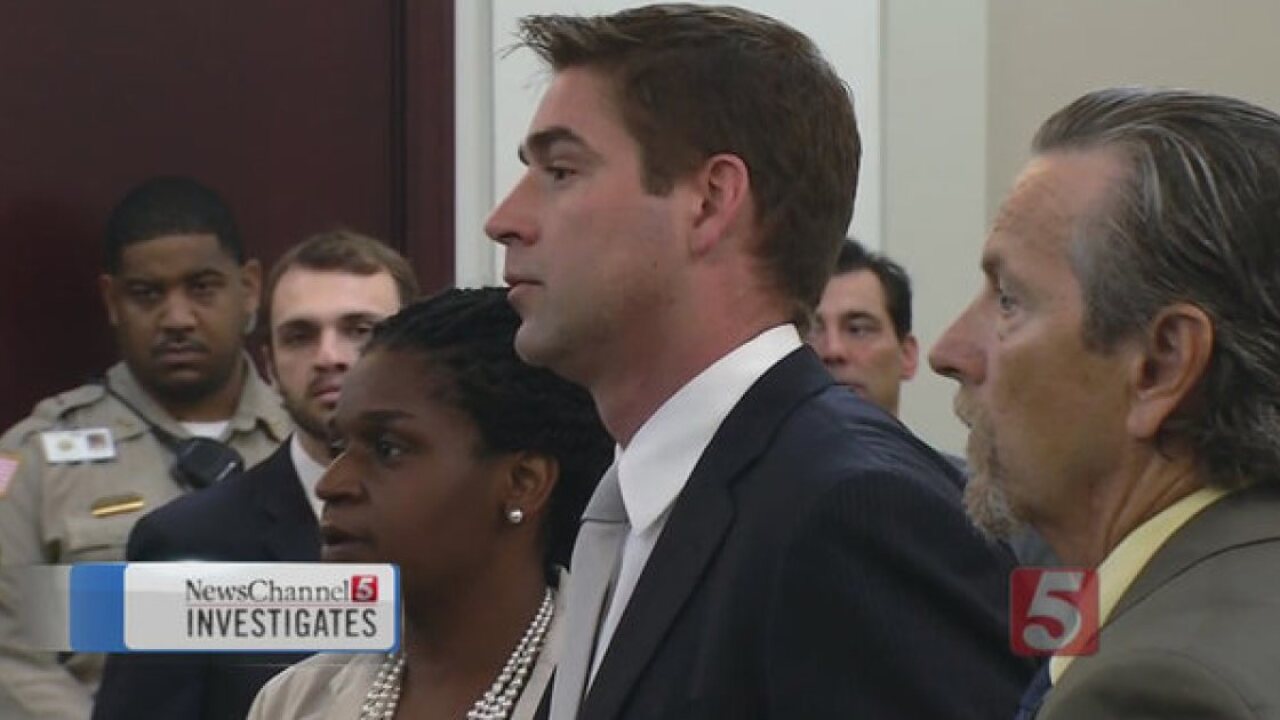 Chase described a tense meeting he and his attorneys had with prosecutors last June.

"If you dismiss your federal case in 15 minutes, we'll dismiss your criminal case in 30, but that's all the time you have to make up your mind," Chase remembered being told.

EDITOR'S NOTE: No witness in the Chase case ever testified that District Attorney Glenn Funk received an offer of a bribe, solicited or accepted a bribe. Click here for an update on the lawsuit between Funk and NewsChannel 5.

Months earlier investigators had determined the woman who brought domestic violence charges against Chase was not credible.

Chase sued Metro and the police department in federal court for the way it handled the case.

But Funk demanded that Chase drop his lawsuit.

"It wasn't an ask. It was 'we are not dismissing your criminal case unless you dismiss your federal case,'" Chase said.

Chase says Funk delayed dropping charges in his criminal case because he was concerned about Chase's civil lawsuit.Funk could have been forced testify if the lawsuit had moved forward.

"I think the term used by Attorney General Funk was, 'well if he doesn't do it then I may go to jail, but David Chase definitely will got to jail. So that was not just blackmail, it was a threat," Chase claimed.

He said the lawsuit would have cost taxpayers, and it could have prevented future domestic violence victims from coming forward.

But a videotaped deposition from a separate case in Williamson County last fall revealed another concern the family had with the case.

The family claims their PR person Bill Fletcher asked for $2 million to "make this go away."

An attorney asked Sandy Chase, "Was your perception that Bill Fletcher wanted $2 million to bribe someone?"

Sandy Chase responded, "I think Dean inferred that was the purpose."

David Chase said in our interview, "Bill Fletcher is not cheap. I don't think any good PR crisis coordinator is, I mean you get what you pay for, but it definitely wasn't $2 million."

In our interview Chase had a different spin on the $2 million offer.

"I've talked to Bill about it, no that wasn't what it was supposed to be. It was make it go away meaning the negative press," Chase said.

But Chase did not back down from his belief Glenn Funk refused to dismiss a criminal case he knew was bad -- until he got what he wanted from Chase.

"In my opinion he blackmailed me, using my criminal case and incarceration as leverage to get me to drop a federal civil case that I had grounds to file," Chase said.

General Funk released a statement Wednesday denying he had done anything wrong. You can read his complete statement here.

The lawsuit alleges among other things defamation, civil conspiracy and violation of the consumer protection act. You can read the entire lawsuit here. NewsChannel 5 stands by our story.