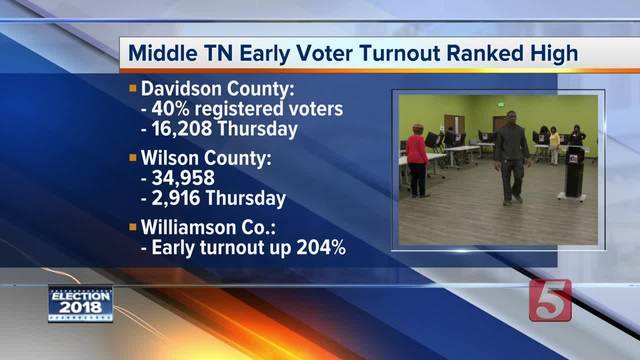 Early voting is now over in Tennessee. Late Thursday night, voters in Antioch were at the polls long after they closed. 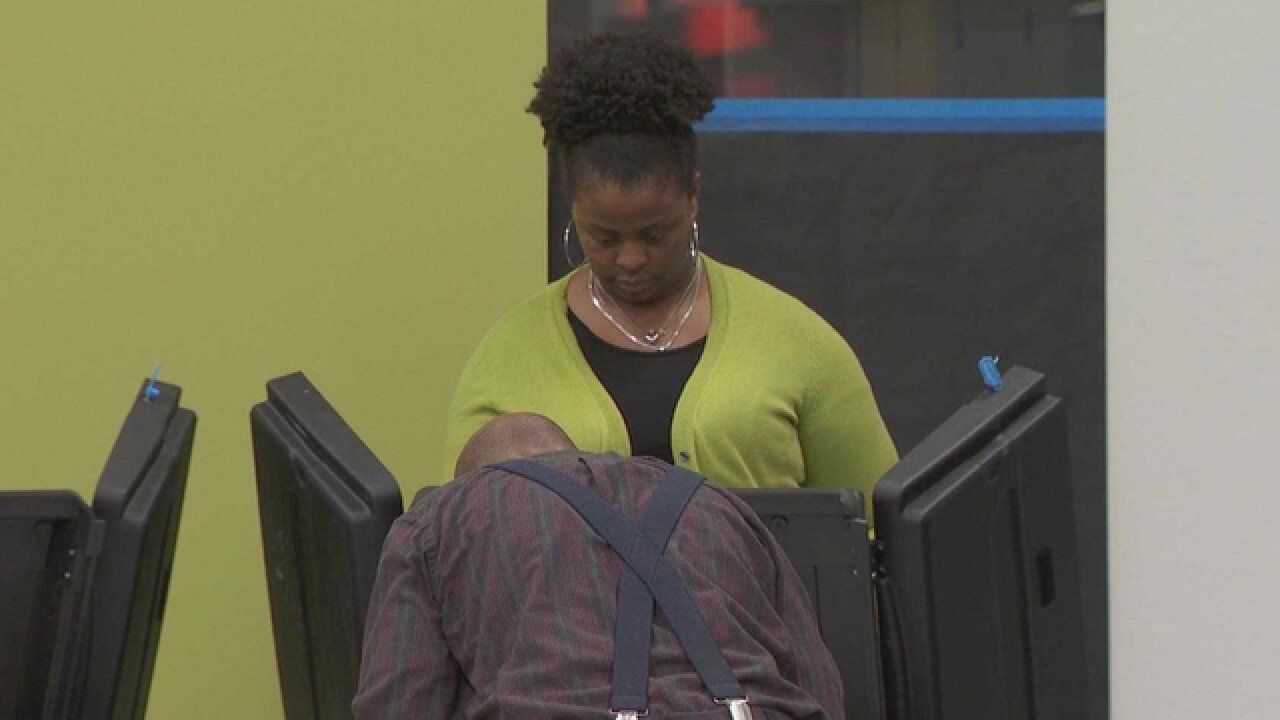 Early voting is now over in Tennessee. Late Thursday night, voters in Antioch were at the polls long after they closed.

Voting did not wrap at the Southeast Library until about 10:15 p.m. Thursday.

The final early voting numbers were released by the Davidson County Elections Commission at 10:30 p.m. Thursday. They show 40 percent of registered, active voters in Davidson County decided to vote early.

The most voters cast their ballots Thursday, with 16,208 people going to the polls. Hermitage Library had the largest turnout during the early voting period.

In Wilson County, 34,958 people voted early in the past two weeks. Summer County was just behind that with 34,564.

More than 45 percent of registered voters turned out to vote early in Williamson County, the highest turnout in the state.