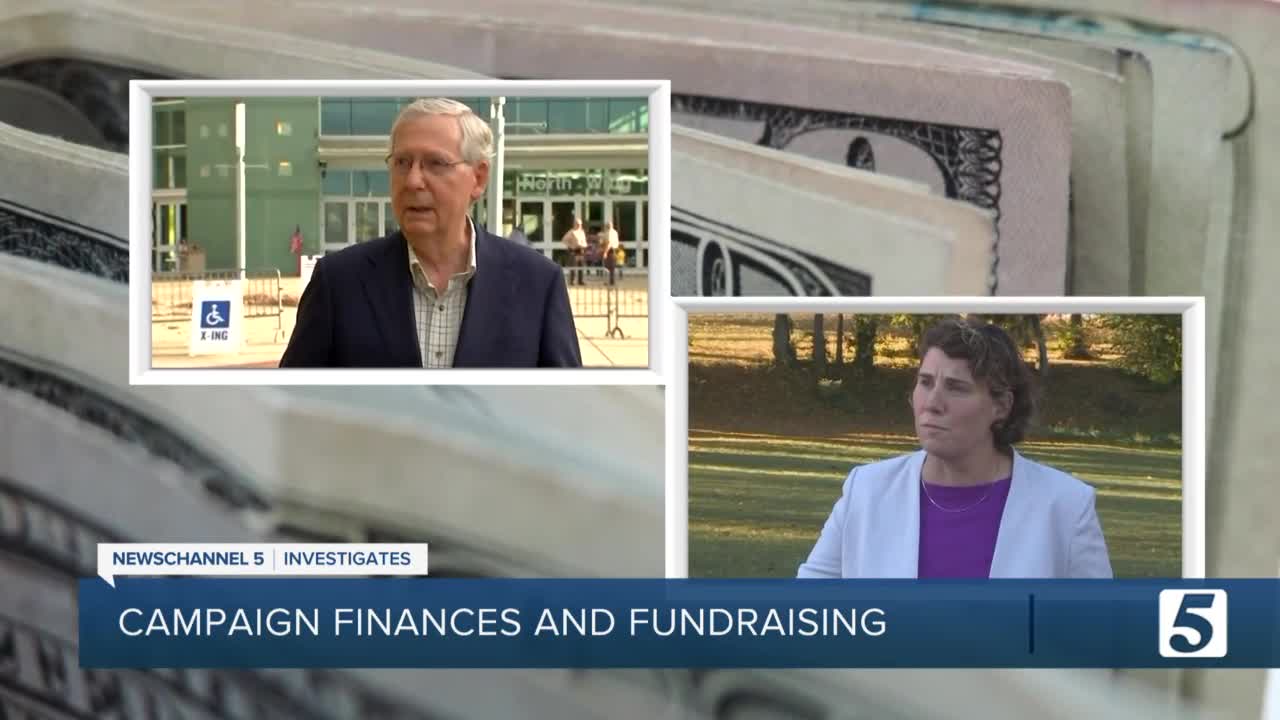 The U.S. Senate race in Kentucky has raised record amounts of money. It's a different story here in Tennessee. NASHVILLE, Tenn. (WTVF) — The United States Senate race in Kentucky is the second most expensive Senate race in the country, according to federal campaign finance disclosures filed with the Federal Election Commission.

McConnell has raised nearly $54 million during the election cycle.

It's a very different story in Tennessee where the two candidates for U.S. Senate have raised far less money.

An analysis of the money raised in the Kentucky race shows much of it is coming from people who live outside the state.

The Metro areas that have contributed the most to both campaigns are from New York City, Washington DC and Los Angeles California, according to the non-partisan website Open Secrets.

Democratic challenger Amy McGrath was in elementary school when Mitch McConnell was first elected to Senate 36 years ago.

He is now Majority Leader which has put the race in the national spotlight.

Democrats have raised record-breaking sums of money in an attempt to beat McConnell.

"The fundraising numbers for Democratic candidates across the country has been astounding," said Political Analyst Pat Nolan.

McGrath's $84 million is a record for the state and far outpaces McConnell.

According to the non-partisan website Open Secrets which reviewed McGrath's last campaign finance disclosure from the primary, just three percent of her money came from Kentucky.

For Mitch McConnell, it was just over 9 percent from inside the state.

The huge fundraising totals have led to both candidates running ads in neighboring Tennessee in an attempt to reach voters in Southern Kentucky.

"Usually you don't see the Kentucky candidates come here and spend that kind of money, but they are this time," Pat Nolan said.

While the Kentucky race is awash in money, it's a different story in Tennessee.

"Suddenly you have Marquita Bradshaw who came out of nowhere from Memphis, an unknown environmental activist, who won the primary," Nolan said.

According to their most recent filings, Hagerty has raised nearly $15 million over the entire election cycle - most of which he spent in the primary.

"The candidate that has the most money or spends the most money doesn't always win, but it helps you to do many of things that help you win. It makes a big difference," Nolan said.

And while Tennessee has seen some out of state money, it's nothing like Kentucky.

In the final weeks of the election, both Kentucky candidates have more than $10 million cash on hand.