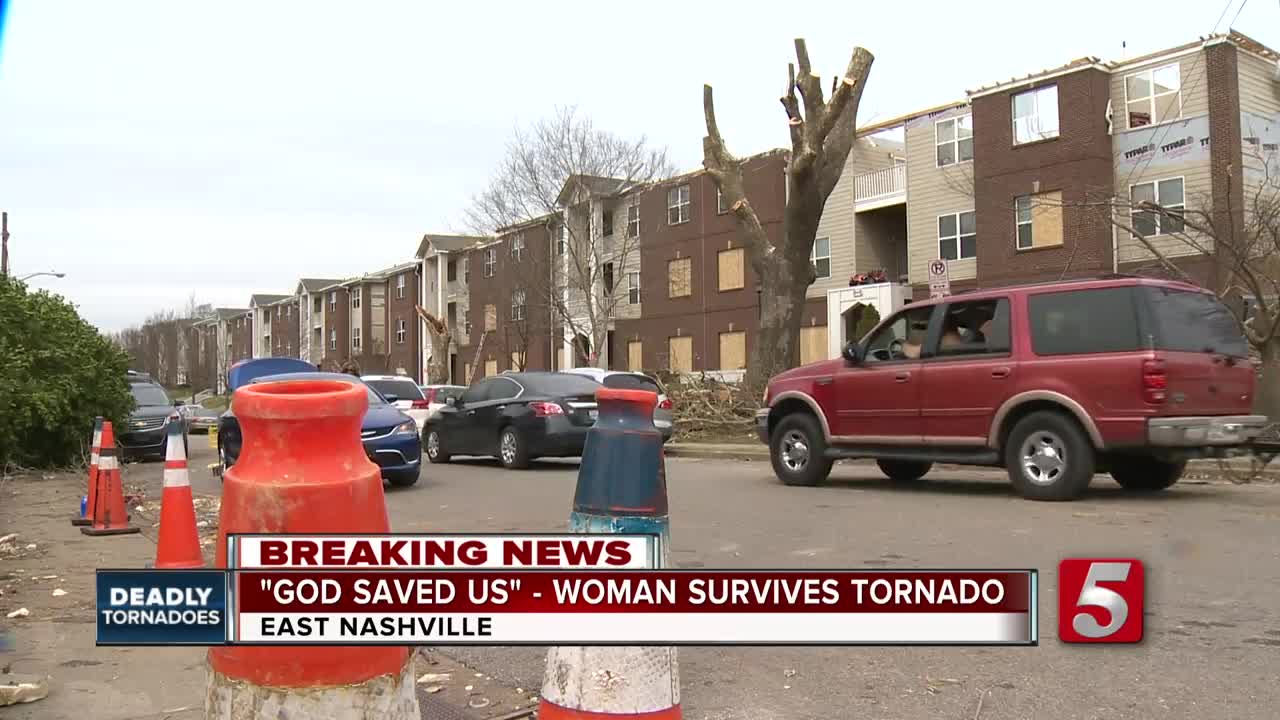 "I’m grateful that I’m alive. I’m so grateful God saved us because there's no other reason we’re alive besides God," said Umeh. 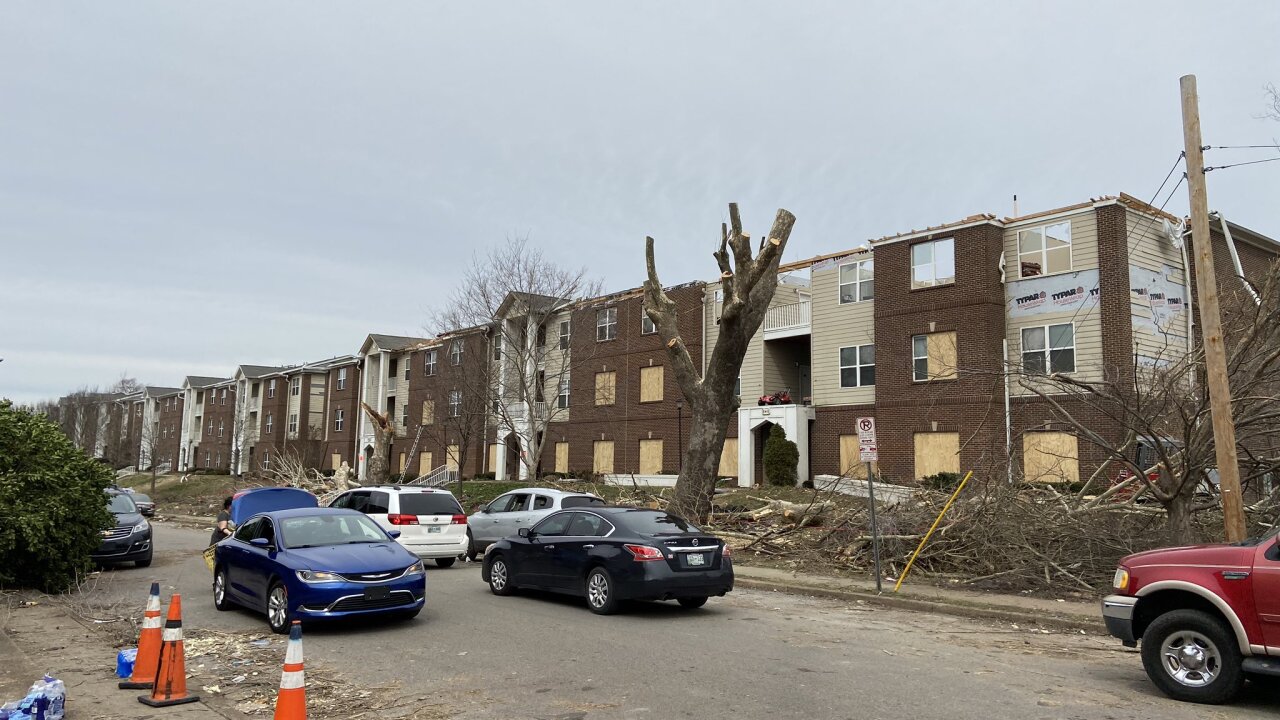 NASHVILLE, Tenn. (WTVF) — There are some places in East Nashville where the damage is so severe, all you can do is stop and stare. "It’s just, it’s insane, it’s crazy," said Chinwe Umeh, a former resident at the East River Place Apartments.

Umeh says something jostled her awake early Tuesday morning, just seconds before she could see the night sky from her bedroom. "My bathroom door snapped shut, and I turned around and there was stuff flying everywhere. But I just dropped down to the floor until the room stopped shaking, then I tried to find my roommate. She was trapped in the room the whole time," she said.

At this point, the roof had completely torn off, and she jumped into action. "I kicked her door down, there were a lot of lines everywhere, it was still raining, it was so dark I couldn’t see anything. All I could think about is getting out before the whole place went up," Umeh said.

It wasn't until Chinwe and her roommate escaped the complex all together, that it hit her, how her story could have ended right there. "After the fact, when we came outside and saw a little girl stuck in her room, that could have been us," she said.

Instead of mourning what she lost, which for the record, is pretty much everything -- she's grateful for the blessings she found. "I’m grateful that I’m alive. I’m so grateful God saved us because there's no other reason we’re alive besides God," Umeh said.

Chinwe is staying with family and friends until she can find another place to live. Metro Nashville Police want to remind everyone, if you don't live in the areas affected by the storms, stay away. You'll just get in the way.