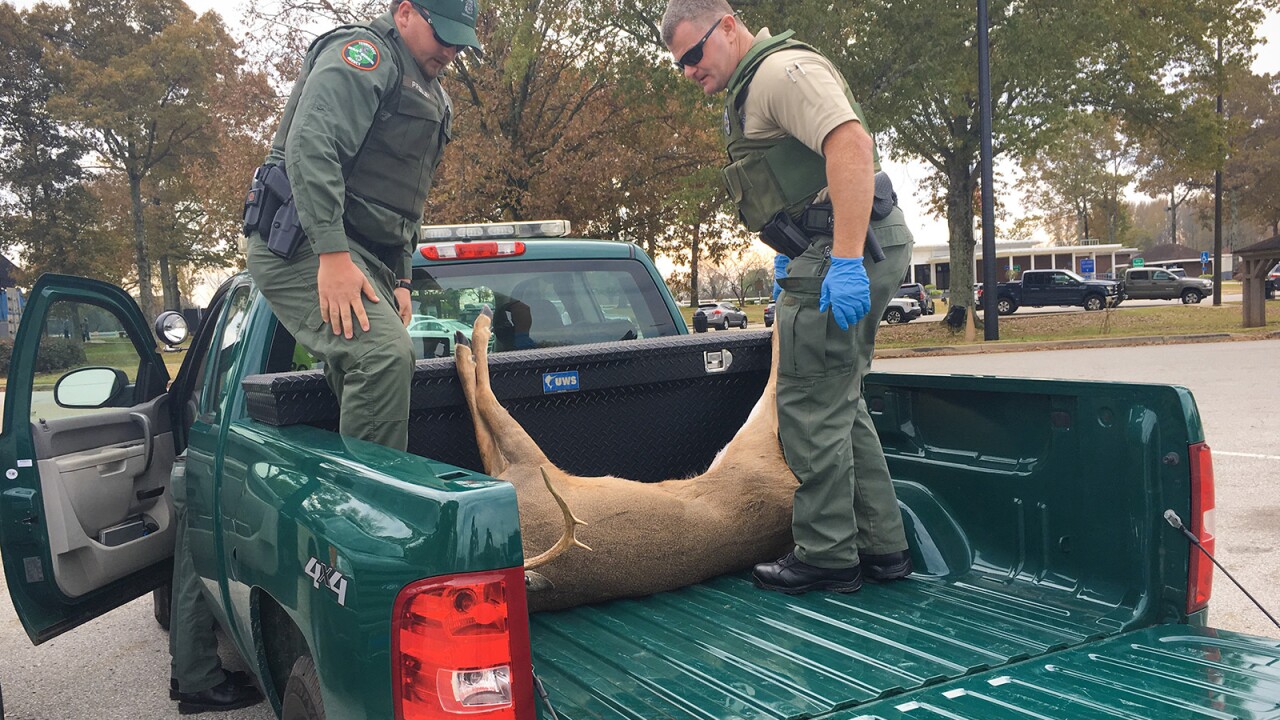 Chronic wasting disease is contagious to white-tailed deer, mule deer, elk, and moose. While it's never been documented to be transmissible to humans, the Centers for Disease Control and Prevention recommends that people don't eat it.

“The CWD-positive deer was a 2 ½-year-old buck harvested in the Shelby County portion of the Wolf River Wildlife Management Area,” said Chuck Yoest, CWD Coordinator. “This comes as no surprise since CWD had already been detected nearby in neighboring Fayette County.”

The TWRA said in October that 10% of deer in Fayette, Hardeman, Tipton, and Madison counties have chronic wasting disease. There's also a deer import ban in place due to the disease .

The Tennessee Fish and Wildlife Commission instituted deer carcass exportation and wildlife feeding restrictions to positive and high-risk counties, which includes Shelby County, to best manage the disease in the state.

Supplemental feeding of wildlife is banned in high-risk and positive counties; therefore placement of grains, salt products, and other consumable products for wildlife is prohibited.

The ban does not apply to feed placed within 100 feet of a residence, feed placed in a manner not accessible to deer, or feed and minerals as the result of normal agricultural practices. Food plots are still legal in affected counties.