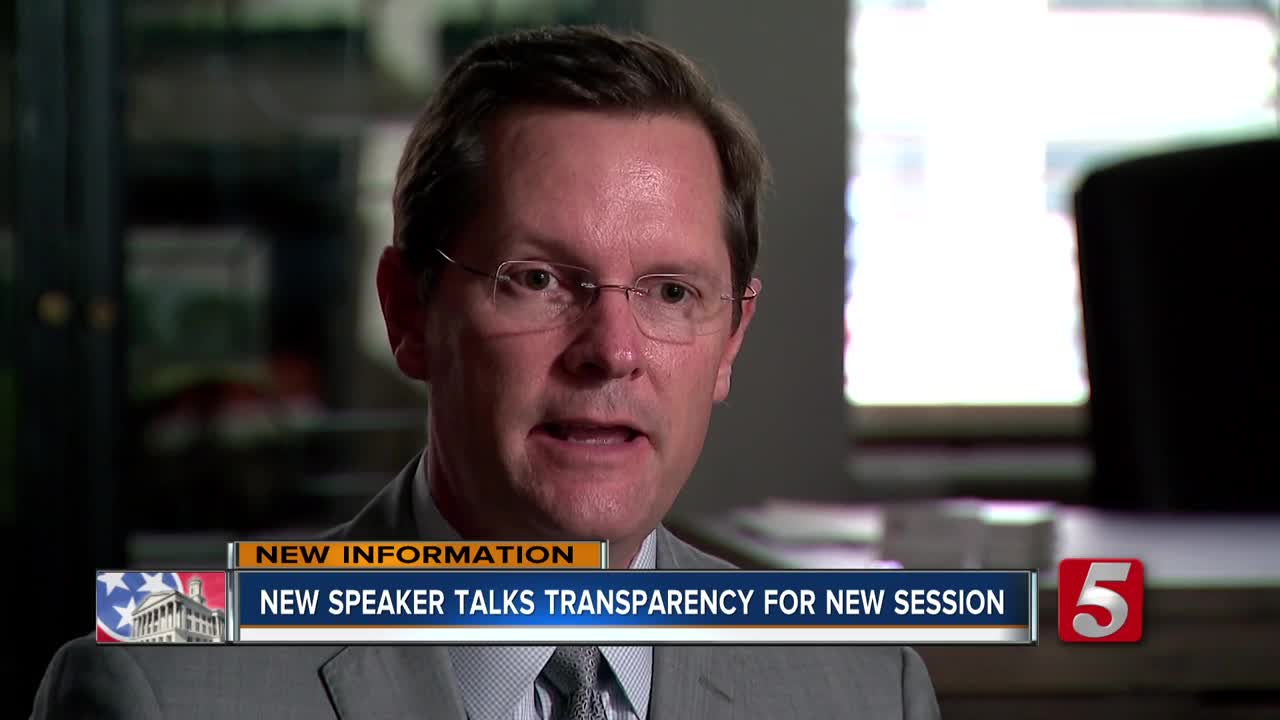 Tuesday was the first day of the 2020 legislative session. Speaker of the House Cameron Sexton led the house chamber for the first time.

NASHVILLE, Tenn. (WTVF) — Tuesday was the first day of the 2020 legislative session. Speaker of the House Cameron Sexton led the house chamber for the first time.

The first floor session Tuesday was a short one. As committees met in the aftermath, Speaker Sexton spoke exclusively with NewsChannel 5 about his priorities for the year.

Sexton's time as speaker follows a tumultuous year of controversy surrounding the former administration led by then Speaker Glen Casada. Despite that scandal, the new speaker believes Tennessean's still have trust in their elected representatives.

"I don't think one person or two or three or four really determine the trust of a group of people," said Sexton. "You look at any occupation, somebody is going to be mad at someone in that occupation. Is it a representation of the entire body? I don't think so. We have a lot of great people serving their districts in the state of Tennessee. I think the public trust the general assembly. I think they trust them to do the job that they were sent here to do."

In 2020, Sexton hopes to improve transparency in the government and anticipates a number of changes could happen in the state house.

"We're trying to streamline some procedures and processes to try and bring some transparency here," he said. "So, we're looking forward to doing some different things that people have been asking for for many years and putting those in place to allow people to have more insight into what goes on."