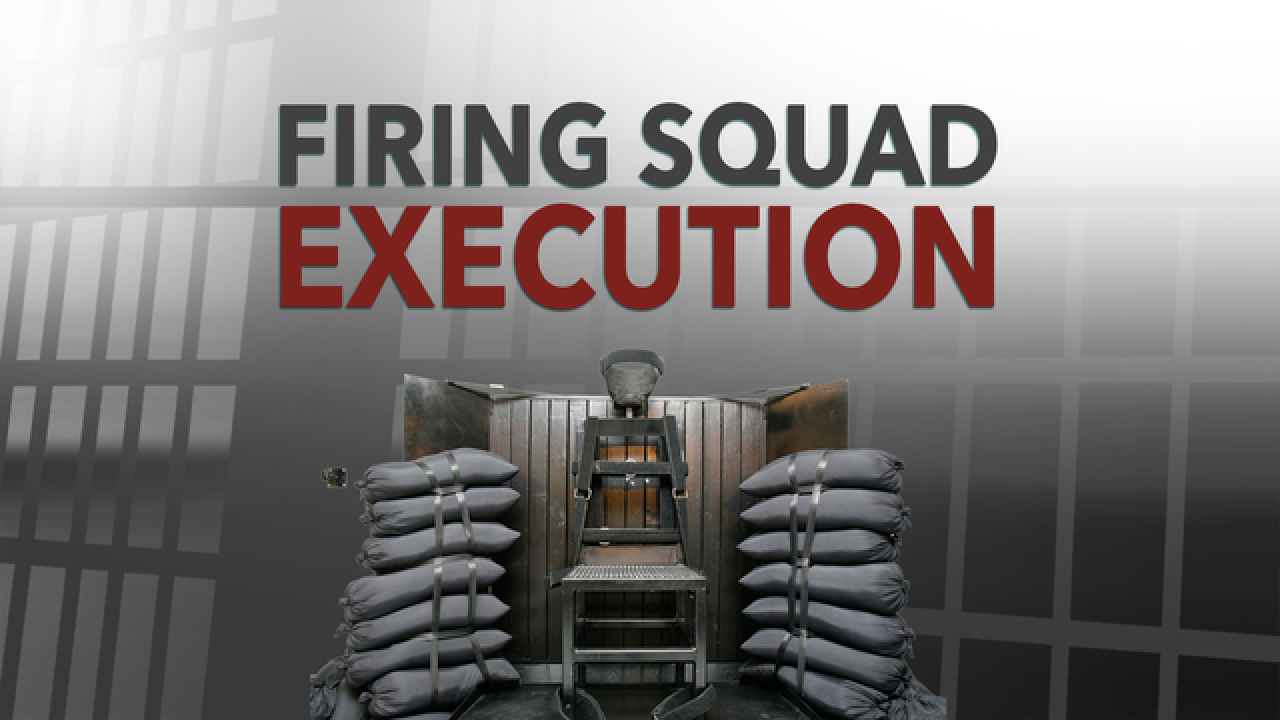 In the ongoing legal saga surrounding the methods of carrying out the death penalty in Tennessee, four inmates have now filed suit against the state, arguing for other methods of execution that they say are available to the state, including execution by firing squad and by drinking lethal chemicals mixed with fruit juice.

One of the four inmates, David Earl Miller, is the next inmate set to be executed in Tennessee on December 6, following the execution of Edmund Zagorski in the electric chair last week.

Miller was convicted of the 1981 rape and murder of Lee Standifer, a mentally handicapped woman in Knoxville.

In the lawsuit, Stephen Kissinger, a federal public defender representing the inmates argues that both lethal injection and electrocution – Tennessee's specific methods of execution -- are cruel and unusual punishment; claims that other federal courts have shut down in recent weeks.

While state law specifically lists only lethal injection and electrocution as execution options for death row inmates, it also says if either method is found to be unconstitutional, all condemned inmates "shall be executed by any constitutional method of execution."

The suit says the U.S. Supreme Court has upheld the firing squad as constitutional, citing Wilkerson v. Utah, a case dating back to 1878.

The suit asks a judge to keep the state from asking Miller if he’d rather be executed by lethal injection or the electric chair -- something that is scheduled to take place tomorrow according to the state’s execution protocols.

Under federal law and court decisions, to prove an execution method is cruel and unusual the inmates must prove that there are alternatives to that method that are readily available to the state, even before addressing any physical effect the execution may have on the inmates themselves.

Towards that end, the inmates list the firing squad as an alternative execution method, an alternative raised in an earlier lawsuit filed in August but then later dismissed.

As a guide to conducting firing squad executions, the inmates suggest using a military execution manual from 1959 which contains procedures for an emergency backup if the first shots from the firing squad don’t kill the inmate.  The emergency maneuver, described in the manual as a coup de grace, involves a handgun shot to the head at point blank range.

The inmates suggest other methods of execution the state can use as well, including a single-drug lethal injection using pentobarbital – a drug other states have used to carry out lethal injections this year.

The suit also suggests a “euthanasia oral cocktail” as an execution method – in which the inmate would drink the lethal chemicals mixed in “sweet liquid such as fruit juice.”

The lawsuit also asks a judge to order that inmates on death row should be allowed two attorney-witnesses to be admitted to their executions, rather than the one that is currently allowed.