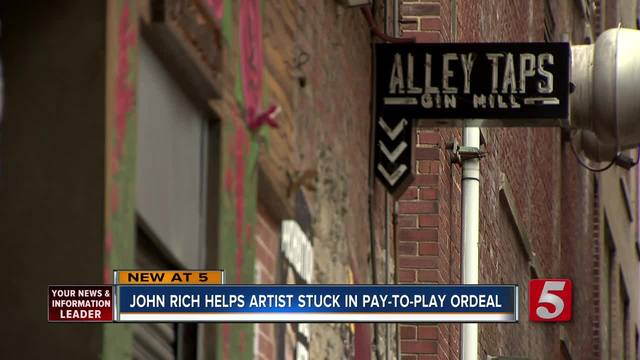 John Rich has stepped up to help artists after they were asked to pay in order to play at a bar during CMA Fest. 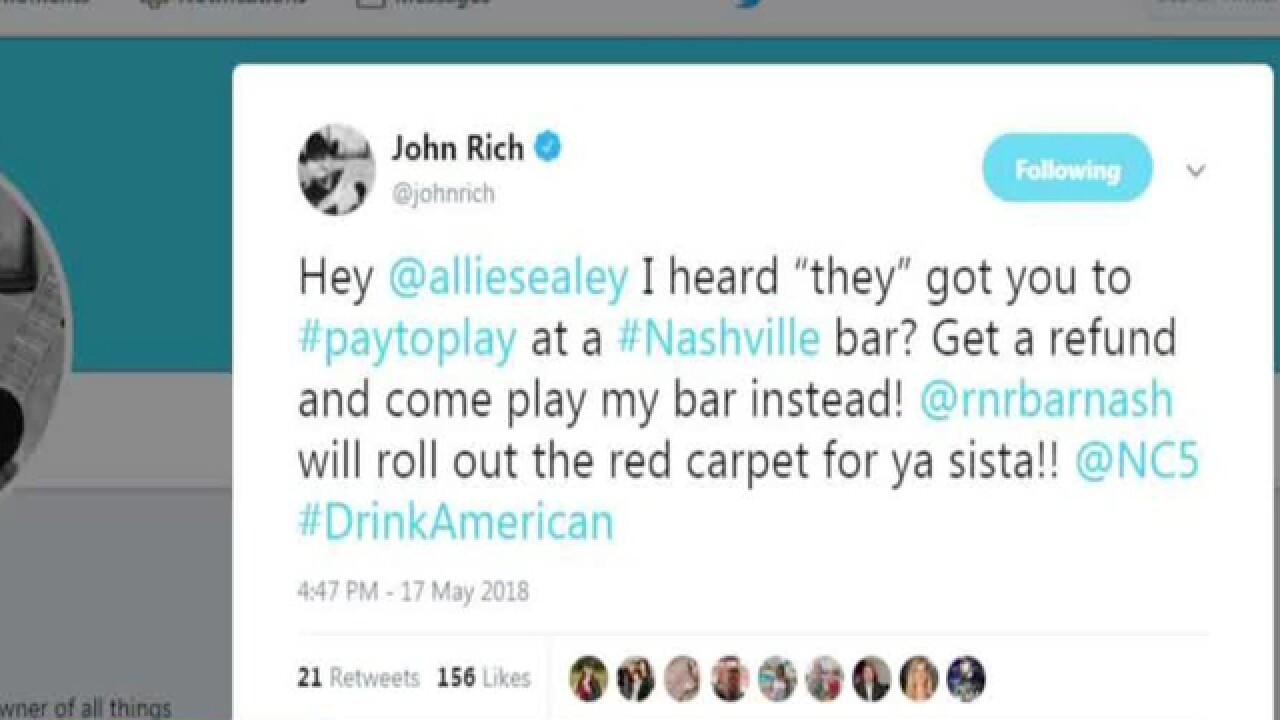 John Rich has stepped up to help artists after they were asked to pay in order to play at a bar during CMA Fest.

Throughout the week, numerous artists had reported they have been asked to pay-to-play at bars, and after NewsChannel 5's Jesse Knutson spoke with John Rich about paying to play and having Rich step up for young artists who he believes are being taken advantage of, some artists found themselves in a surprising situation.

"Once it started blowing up and catching fire, I think many of us felt, 'Oh man, I think we need to re-evaluate our decisions on this one,' and that's exactly what happened for me," Allie Sealey, a musician who paid to play "Ice Fest" at Alley Taps, said.

Sealey was given a 20-minute set after paying about $150 to Bobby "Iceman" Golomboski.

When Sealey heard Rich talking about why pay-to-play has no place in Nashville, she asked for a refund, and when John Rich heard about her, he offered her a spot on his stage at Redneck Riviera during CMA Fest on Twitter.

Hey @alliesealey I heard “they” got you to #paytoplay at a #Nashville bar? Get a refund and come play my bar instead! @rnrbarnash will roll out the red carpet for ya sista!! @NC5#DrinkAmerican

Redneck Riviera is opening down on Broadway sometime before CMA Fest, and Rich said he'll never ask artists to pay to play at his bar. He hopes others in Nashville will join him in that pledge.

As for Sealey, she's happy everything turned out the way it did, and she's glad John Rich is standing up for independent artists who have a tough time fighting for themselves.

She can't wait to play at Redneck Riviera during CMA Fest.

"It really is awesome because it is the biggest, one of the biggest, events in Nashville," Sealey said. "To be able to go to Redneck Riviera and be able to play, it's kind of, amazing, and honestly, I do think it's bigger and better than what I could have expected."