Joseph Daniels wants to transfer back to Dickson County 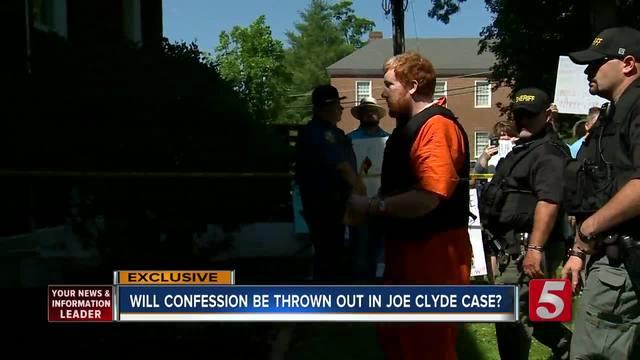 The public defender for the father accused of killing 5-year-old Joe Clyde Daniels plans to file two motions this week to change venue for trial and move him back to the Dickson County Jail.

The public defender for the father accused of killing 5-year-old Joe Clyde Daniels plans to file two motions this week to change venue for trial and move him back to the Dickson County Jail.

He also plans to have his client's confessions thrown out, which is has been a big evidence for prosecutors.

Joseph Daniels wants to get out of Riverbend Maximum Security Institution in Nashville for several reasons, according to his defense.

In the motion, which has yet to reach circuit court, public defender Jake Lockert said his client is "being adversely affected physically and mentally by his being housed with TDOC inmates and away from his family."

The motion also stated that Daniels has lost more than 45 pounds in prison, and is mentally ill and requires medication to remain competent to stand trial. Recently, Daniels was deemed fit to stand trial after a mental health evaluation at Middle Tennessee Mental Health Institute, his second mental institution since being arrested.

He also wrote a letter to his parents implicating his wife Krystal Daniels, who is also charged in the case, for being involved in their son's disappearance.

Other reasons to move him back to Dickson County include that it has been more difficult for his family to visit him, therefore "deteriorating his emotional and mental wellbeing." It would also be easier for his defense team to visit him as the trial date approaches.

Lockert also spoke to NewsChannel 5 about his thoughts on his client's confession, which led to his homicide charge.

During the preliminary hearing in June, an agent with the Tennessee Bureau of Investigation read a confession from Daniels that said he beat his son to death because he urinated on the floor. When Little Joe started laughing, he claimed he ran out the front door, but got him back inside the house where he beat him some more.

Despite the confession, there is little or no physical evidence including a body, so if Lockert gets the confessions thrown out, it could be troubling for the state.

"He's [Daniels] got no clue where the little boy is," Lockert said.

Lockert said detectives coerced this confession and he'll hire an expert to show how they manipulated and confused his client.

"If you have a person who is very suggestible and has mental health issues, and then there's the techniques police use," Lockert added.

Nevertheless, Lockert knows many in the public have already made up their mind that his client is guilty, even if the confession is not presented during the trial.

As expected, Lockert will want a change of venue "due to the tremendous amount of publicity in the case."

A hearing will be scheduled later this month to discuss the motions. Daniels is expected to go to trial in March, but Lockert says there could be delays until next summer or fall.