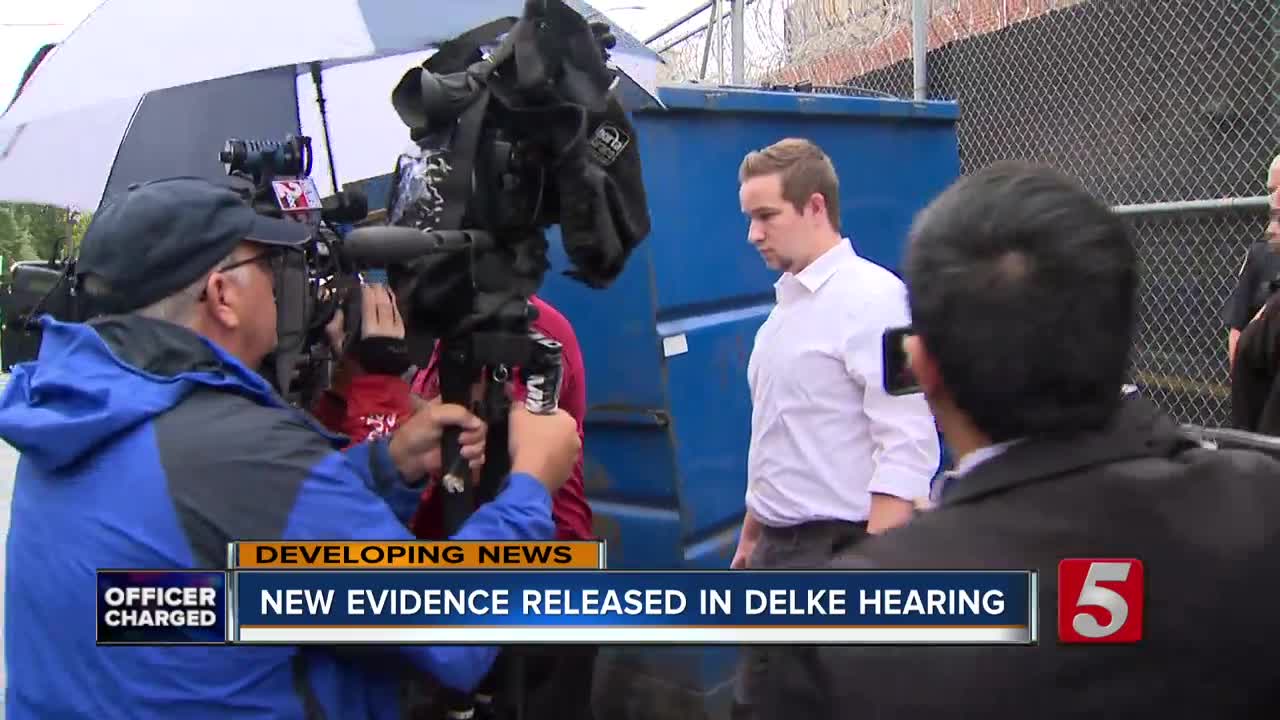 A decommissioned Metro Nashville police officer, who’s been charged with criminal homicide in the shooting death of Daniel Hambrick, appeared in court Friday for a preliminary hearing. 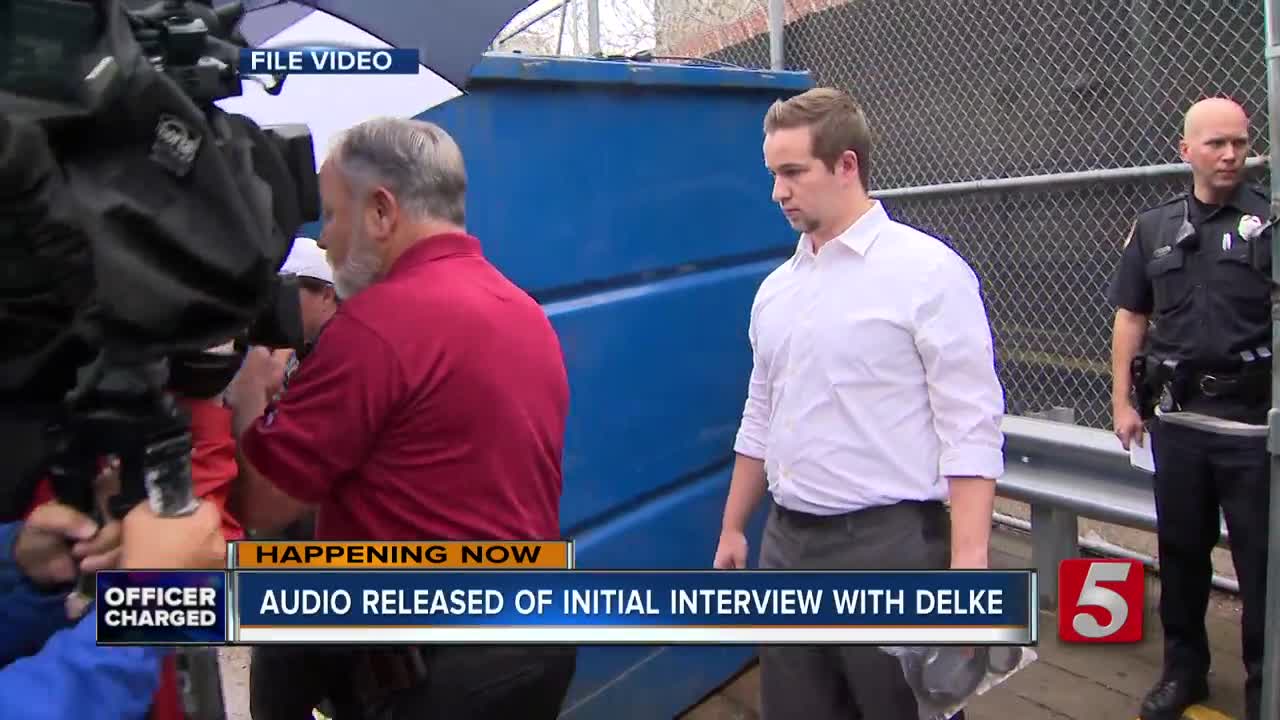 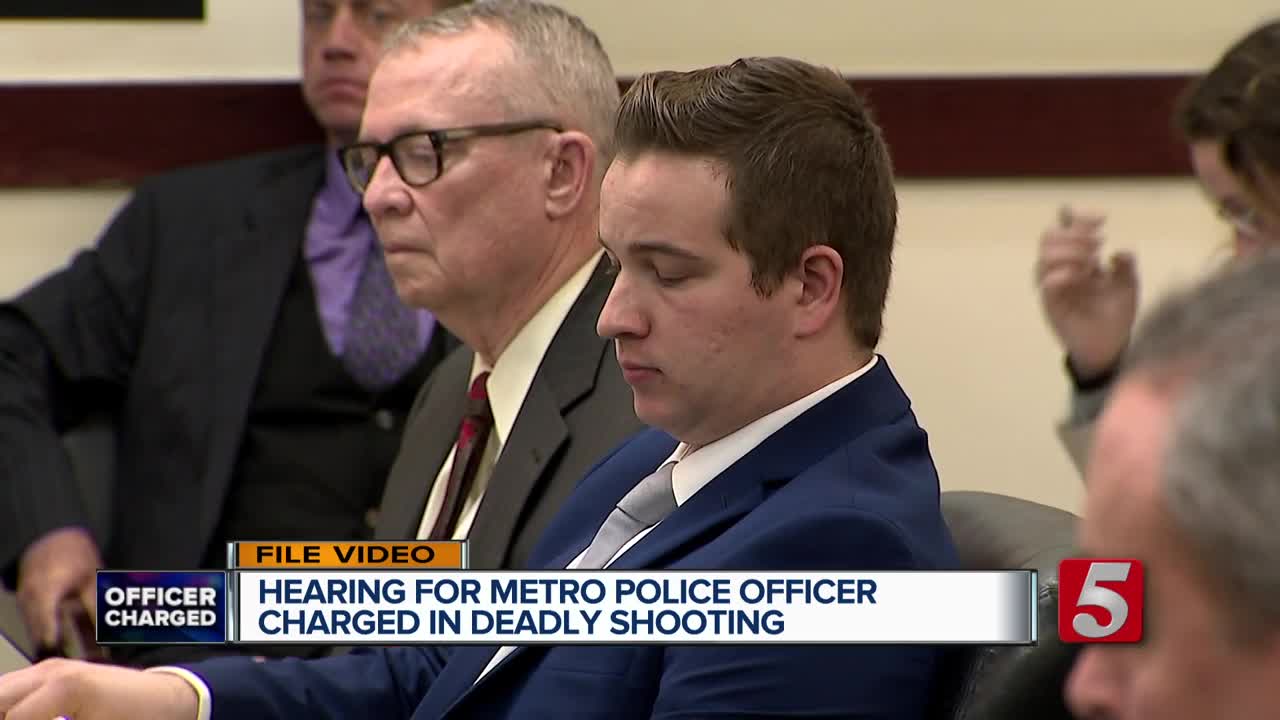 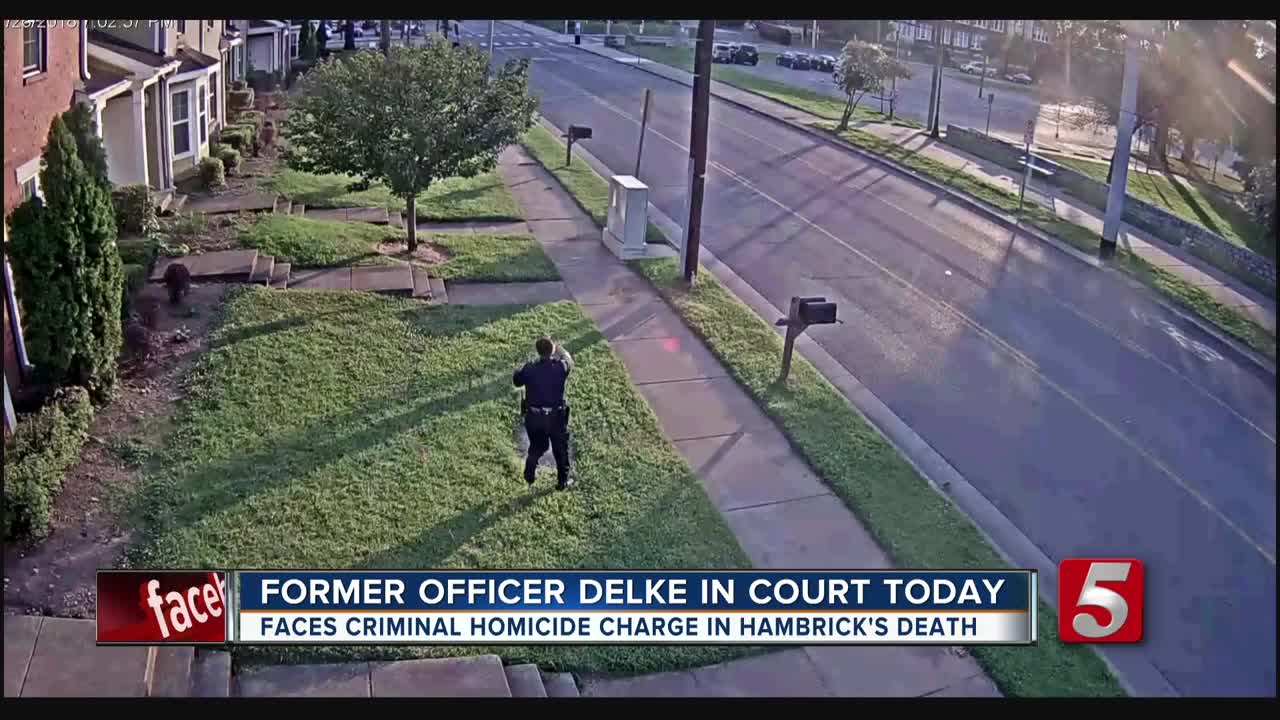 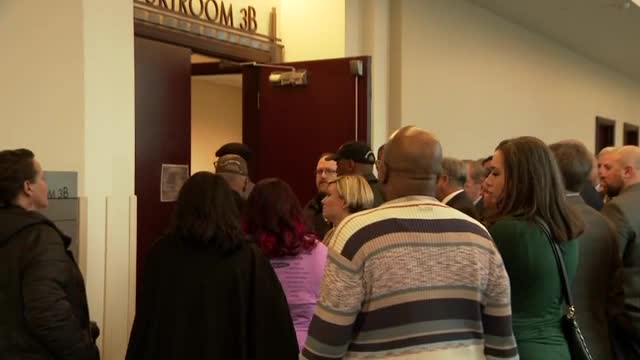 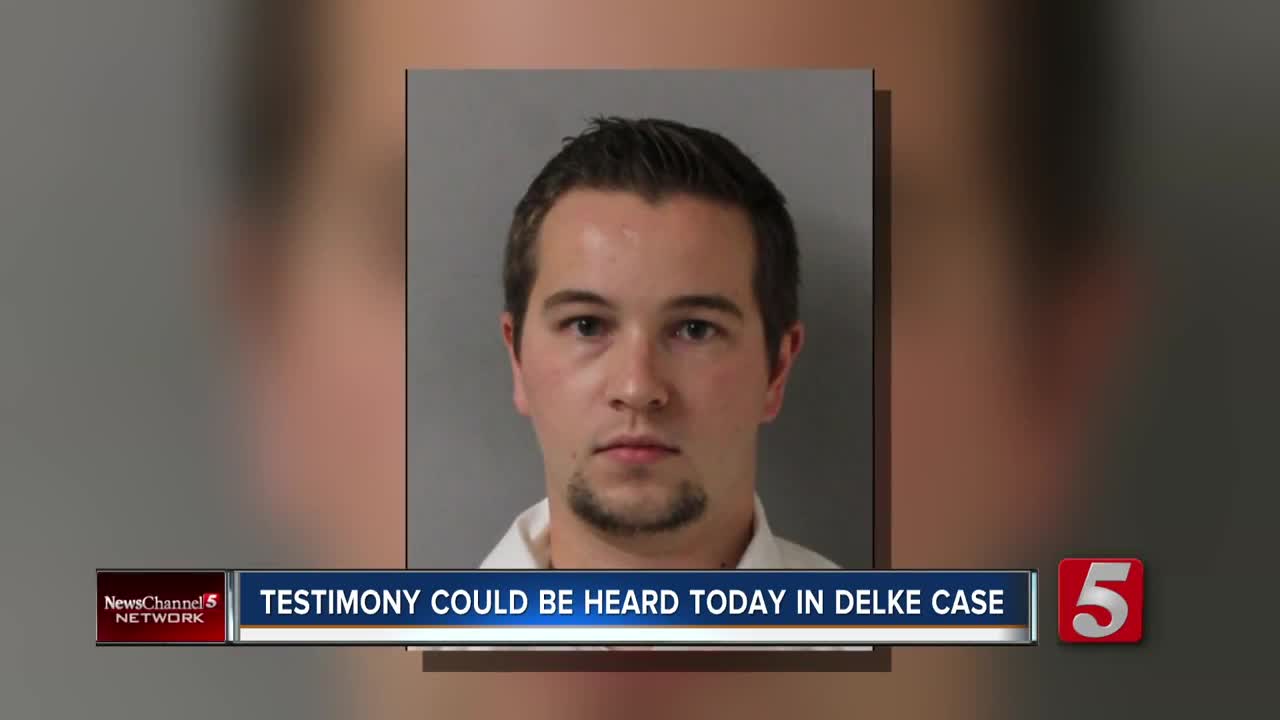 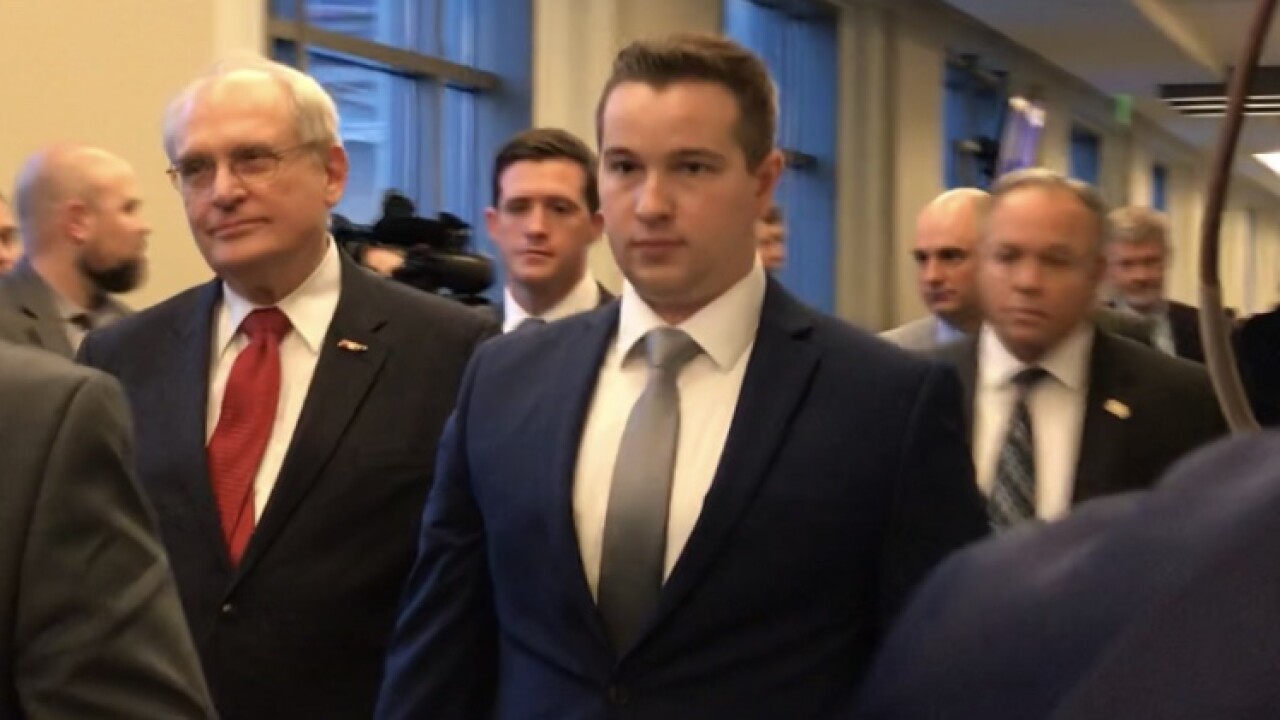 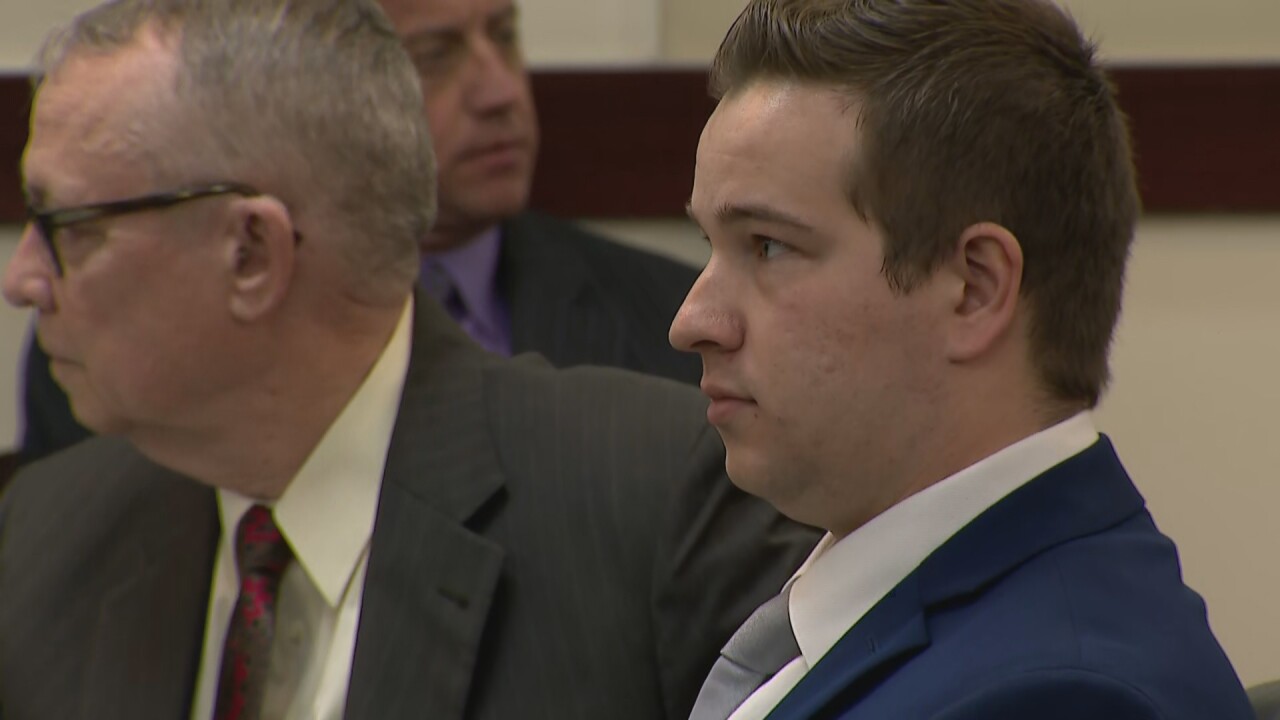 NASHVILLE, Tenn. (WTVF) — A decommissioned Metro Nashville police officer, who’s been charged with criminal homicide in the shooting death of Daniel Hambrick, appeared in court Friday for a preliminary hearing.

General Sessions Judge Melissa Blackburn will determine if there is enough evidence to bound the case over to the grand jury.

The state is trying to prove that Andrew Delke, a white police officer, squared up and fired multiple rounds at the 25-year-old Hambrick, who is black, as he ran away. According to police, Hambrick led Delke on a short foot chase prior to the shooting that occurred back on July 26, 2018.

An autopsy report stated that Hambrick received gunshot wounds to the head and back – all three at indeterminate range. He died at the scene. Delke turned himself in after an arrest warrant was issued for him in September.

The courtroom was at full capacity before it got underway shortly after 1 p.m.

Some family members of Hambrick are currently waiting outside of the courtroom. The bailiff says the room is too full to let anyone else in. @NC5 pic.twitter.com/bbCDkGEVM6

Defense attorney David Raybin said on the day his client was charged with homicide Delke was "following the law and his training. "

According to police reports, Hambrick was carrying a gun – a sticking point in the defense's case. Some of the new information presented came from a voluntary, recorded interview with Officer Delke in which he detailed the incident two days after the shooting.

Delke said in the interview that Hambrick gave "rabbit eyes", which is a term used by law enforcement to describe a person who sees an officer and immediately starts looking around for avenues to escape.

“I immediately suspect[ed] because he was armed because from my training experience, the criminals we deal with, people carrying guns illegally, typically carry them through their waistband without a holster, that’s something we’re trained to observe," said Delke.

In the recording, the officer goes on to explain that he saw Hambrick holding a gun and why he chased after him. He described having "tunnel vision" and immediately focusing on the gun. Delke said Hambrick pointed the gun at his direction and gave a "targeted glance", which he described as someone looking at an opponent to know where to shoot.

According to Delke, he fired first because he felt as if Hambrick was an imminent threat. He decided to take action to "beat his [Hambrick] action and fired the shots to neutralize."

Tennessee Bureau of Investigation (TBI) Special Agent Steven Kennard investigated the scene and conducted the interview. He took the stand and presented to the judge Google Earth maps of the scene and pictures of the complex after the shooting.

It was determined that Delke did not know Hambrick prior to the shooting. Delke arrived at the public housing near 17th Avenue North and Jo Johnston Avenue North because he thought the car Hambrick was in was the suspicious vehicle he had a pursuit with earlier.

Surveillance videos from Metropolitan Development and Housing Ageancy (MDHA) and Martin Luther King Jr. Magnet High School were also shown. They captured not only the foot pursuit but also the moment Hambrick was shot several times in the back as he was running away from Delke. The original video that captured the shooting was originally zoomed out.

Prosecutor Ronald Dowdy asked Kennard if it was physically possible for Hambrick to turn around and point the gun at Delke while sprinting. In his response, Kennard said, "I think it would be very
difficult to certainly stop but even slow up, turn around to face somebody and as Delke stated 'spin around to face me' in that period of time and then start back up and be at a full sprint when he comes back from the other side."

The defense argued that according to law, using deadly force does not require an officer to be absolutely certain, and with no obligation that the suspect had to fire the shot first.

Raybin questioned if Hambrick was in fact just running away, suggesting his body was in an angle while he had a gun. Using an orange gun prop, Raybin argued that Hambrick had to be turning to his right based on his gunshot wounds, where the bullet entered right to left.

In a slow motion version of one camera angle, it showed what appeared to be a gun in Hambrick's right hand. However, the officer who responded to the scene said Hambrick had the gun clenched in his left hand when he fell down after being shot. The officer said he had to pull his hand away from the gun before he was handcuffed.

The defense also played the police call made by Delke. It took less than 30 seconds to hear him say he was running after the suspect to "shots fired, suspect down."

Throughout all of the evidence presented to the judge, several members of Hambrick's supporters were visibly emotional. One had her head down for long periods of time while Hambrick's mother stepped out of the courtroom.

Unlike the last court hearing in December, a majority of the people that filled the courtroom were Delke's supporters, primarily police officers.

The preliminary hearing will continue on Saturday at 9 a.m. Judge Blackburn ruled that the defense can use parts of Hambrick's criminal record, but only if they are aggressive acts.

Note: Judge Blackburn has barred all media from updating this story while the hearing is underway. Stay with NewsChannel 5 for available updates on the case.