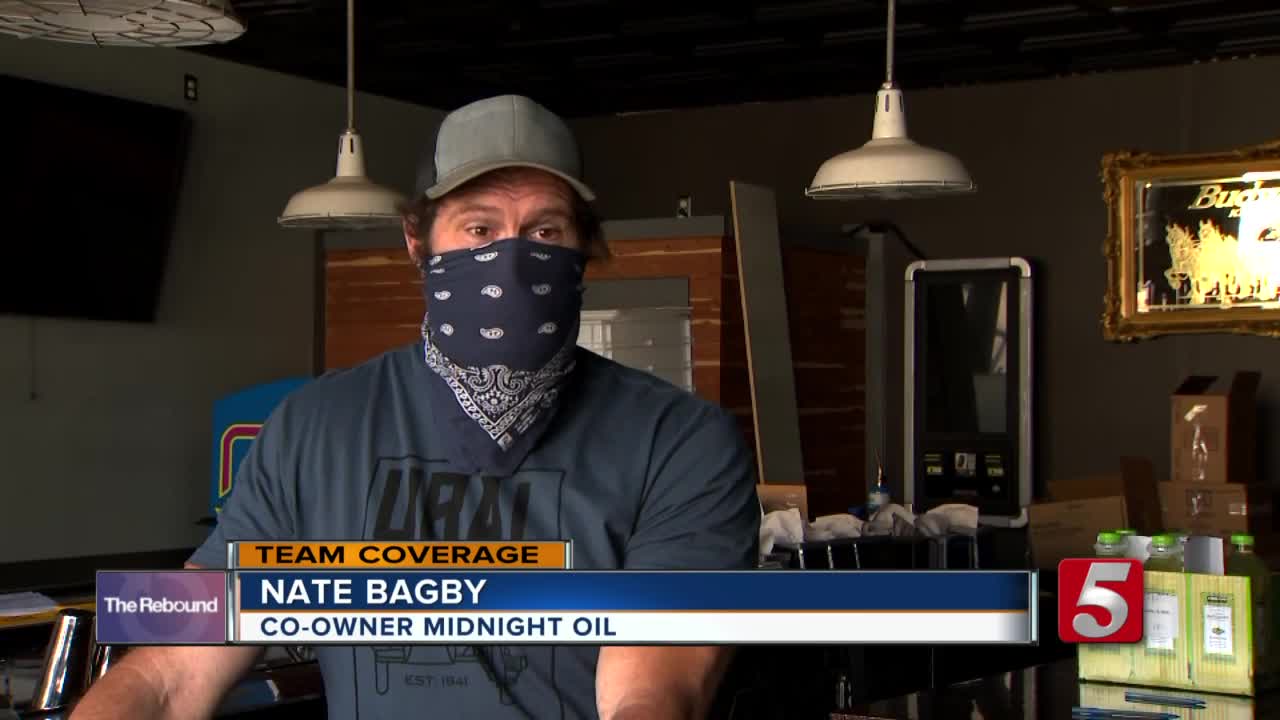 Mayor Cooper unveiled phase one of the reopening plan, allowing restaurants to open at half capacity.

It's news that's well received by restaurateurs who were unable to obtain SBA loans or who struggled through the shut down. Still, some restaurants are worried about how they will open at 50-percent capacity and keep customers socially distanced.

"There are definitely a lot of people that are struggling. I think that opening up on Monday is going to be enough to fix it for them," said Nate Bagby, owner of Midnight Oil, a pizza restaurant and bar in The Nations.

Bagby and his partners opened the business the weekend before the shutdown happened.

"We opened on Friday the 13th. Which I suppose is a little bit of foreshadowing. Then a couple of days later we were informed we were going to be open in a limited capacity," he said.

Since then, business has actually been decent given the impact of the shutdown.

Still, Bagby wonders if the reopening is happening too early.

"If we're going to wait longer than everybody. I would like to see it hold off long enough to see the data from Williamson County," he said. "If some of the other counties see if you've already made your play, was it the right one? But, once again, if the numbers say we can open then I'd say that we should."

Other restaurants, including coffee shop Red Bicycle, have reported obtaining the government loans has been impossible. They're happy to open as their time may be running out to stay in business.