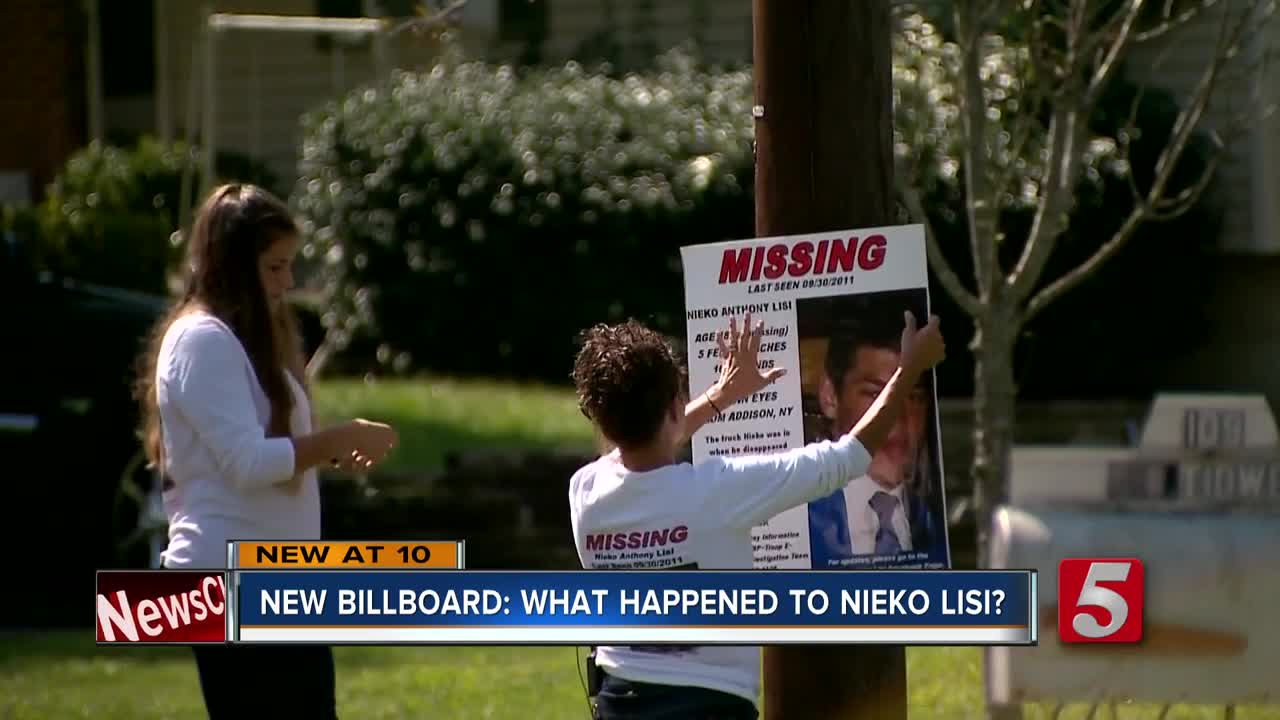 A new effort to get the word out about a missing New York State man has shown up in the form of a billboard in Franklin. 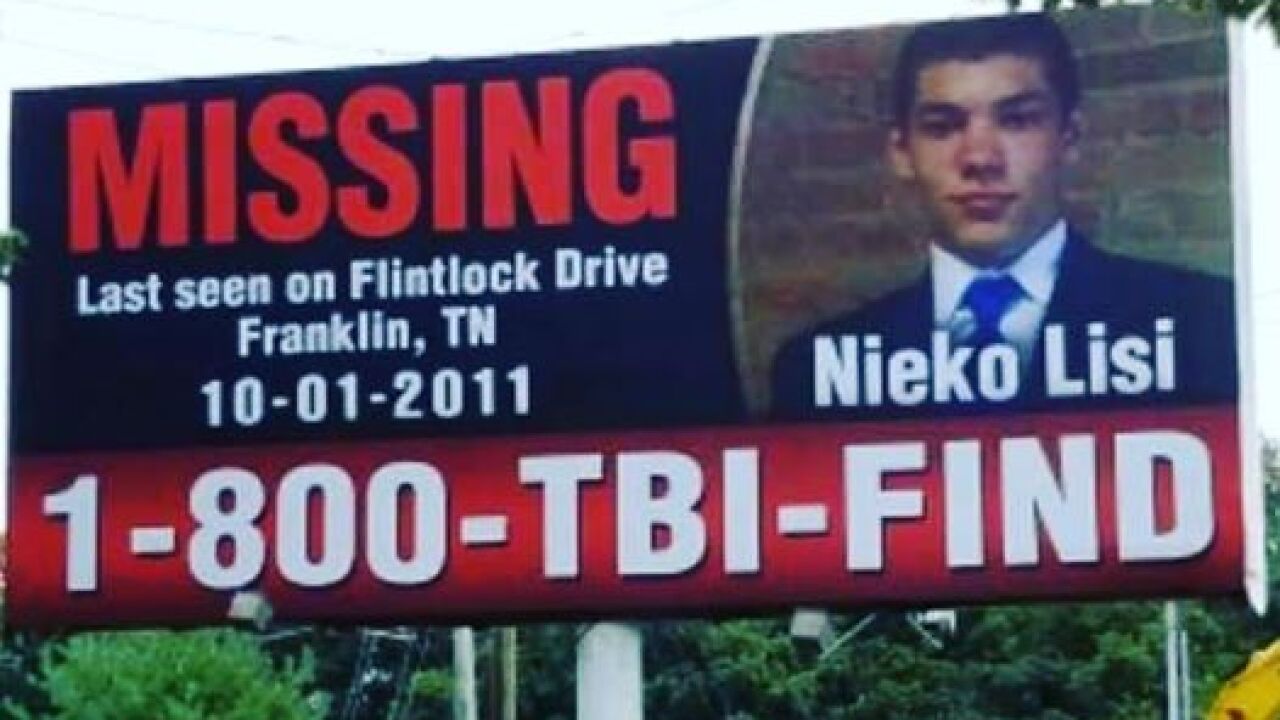 NASHVILLE, Tenn. (WTVF) — It's a question that has haunted a mother for eight years and counting: what has happened to her son, Nieko Lisi?

The last connection anyone has from the teen from New York State was a cell phone ping in the Franklin area in 2011, but the case has gone cold.

Now, there's new effort to get the word out in the form of a billboard now up in Franklin.

Nieko's mother, Monica Button, hopes that billboard will bring in new tips about her son and introduce newcomers to the area to the case which they may not know about.

"I won't stop, and when I find another avenue, I'll pursue that as well," Button said.

Button says Nieko, then eighteen years old, traveled to Michigan where he dropped off a friend. His phone later pinged on Flintlock Drive in Franklin. Nieko attended Franklin High School as a junior.

Button says police have told her it's likely Nieko is dead, but she still holds out hope in this message: "I love you, I want you to come home, you've missed so much. Eight years of birthdays, Christmases, births, weddings."

If you know anything about Nieko Lisi's disappearance, call 1-800-TBI-FIND.