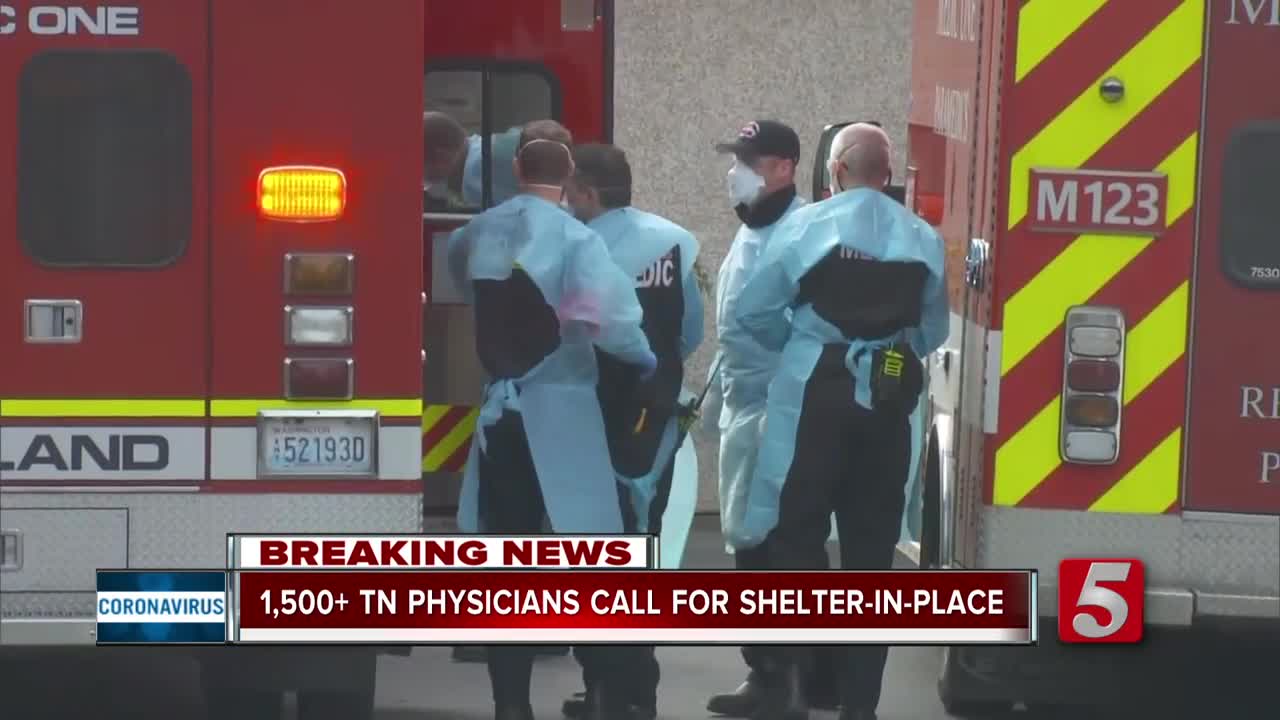 More than 1,500 physicians from across the state - including heads of the major medical organizations - are pleading for Gov. Bill Lee to order Tennesseans to shelter in place in response to the growing COVID-19 pandemic.

NASHVILLE, Tenn. (WTVF) — More than 1,500 physicians from across the state - including heads of the major medical organizations - are pleading for Gov. Bill Lee to order Tennesseans to shelter in place in response to the growing COVID-19 pandemic.

A letter delivered to the governor sounds the alarm about what it calls an "escalating and destructive situation."

In response, on Saturday, the Middle Tennessee Mayors Caucus endorsed the proposal, calling for Lee to "consider the recommendation of the medical community to implement this directive."

"We are at a crossroads," Dr. Aaron Milstone, a pulmonary specialist from Franklin, said in an exclusive interview with NewsChannel 5 Investigates.

WATCH OUR INTERVIEW WITH DR. MILSTONE BELOW

"We are standing on the edge of the abyss. We are looking over the abyss. And what we do today will decide whether we are able to step back or to jump over."

The letter, which has been signed by more than 1,500 Tennessee physicians, warns that "we have little time to 'flatten the curve' on the current situation."

"China and South Korea have made great strides by prohibiting travel and closure of non-essential industry and business. We must act with the same level of boldness," the letter continues

It suggests that the order to shelter in place should last for 14 days to give health officials a chance to get a handle on the coronavirus crisis.

"The state of Tennessee has a narrow window," Milstone said.

"That window will likely close within the next seven to 10 days - and then the spread of the virus will be so rampant that - no matter what we do - it will not prevent patients with the virus here in Tennessee dying or being critically ill from this illness."

It comes just a day after Lee suggested mandatory lockdowns were not his style.

"We’re never going to be able to mandate people’s behavior in their homes and in their yards and in their neighborhoods," Lee told reporters.

Dr. David Aronoff, a Nashville physician who is one of the top infectious disease experts in the country, told NewsChannel 5 Investigates that "we want to be stacking as many cards in our favor as we possibly can to protect lives."

"I think we need to be able to look back and say we did everything we could in our power to prevent it from being worse, and I think that's where we are at in asking for shelter-in-place mandate," Aronoff added.

WATCH OUR INTERVIEW WITH DR. ARONOFF BELOW

The Williamson County physician said the situation is urgent because Tennessee hospitals are not equipped for what might happen if a shelter in place order is not given.

"If we do not shelter in place, then the disease will continue to spread and then we will become more of a center for the disease," Milstone said.

"So what you are seeing on the coasts of the United States - California, Washington, New York, even to the south of us, say, Lousiana, New Orleans - those could become our new reality if we do not go forward with the shelter in place."