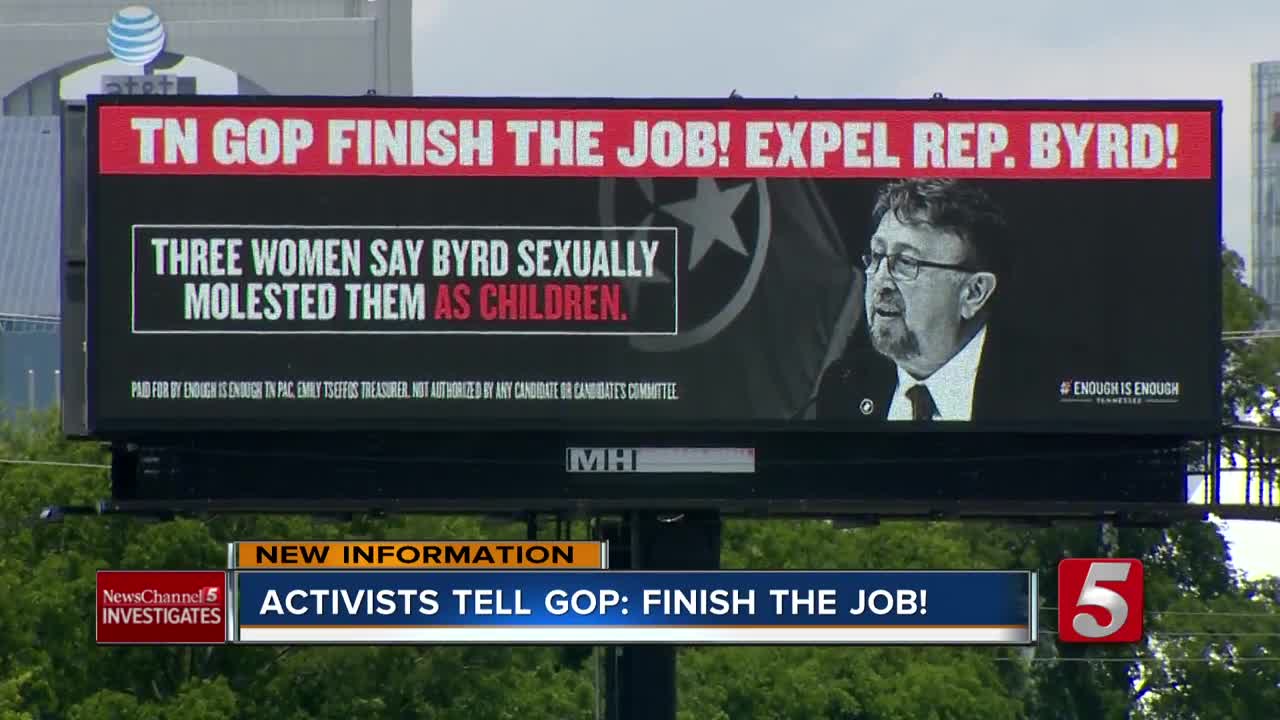 One down, one more to go. That's the message from Enough is Enough-Tennessee, a group of women activists who've targeted men behaving badly in the Tennessee legislature. 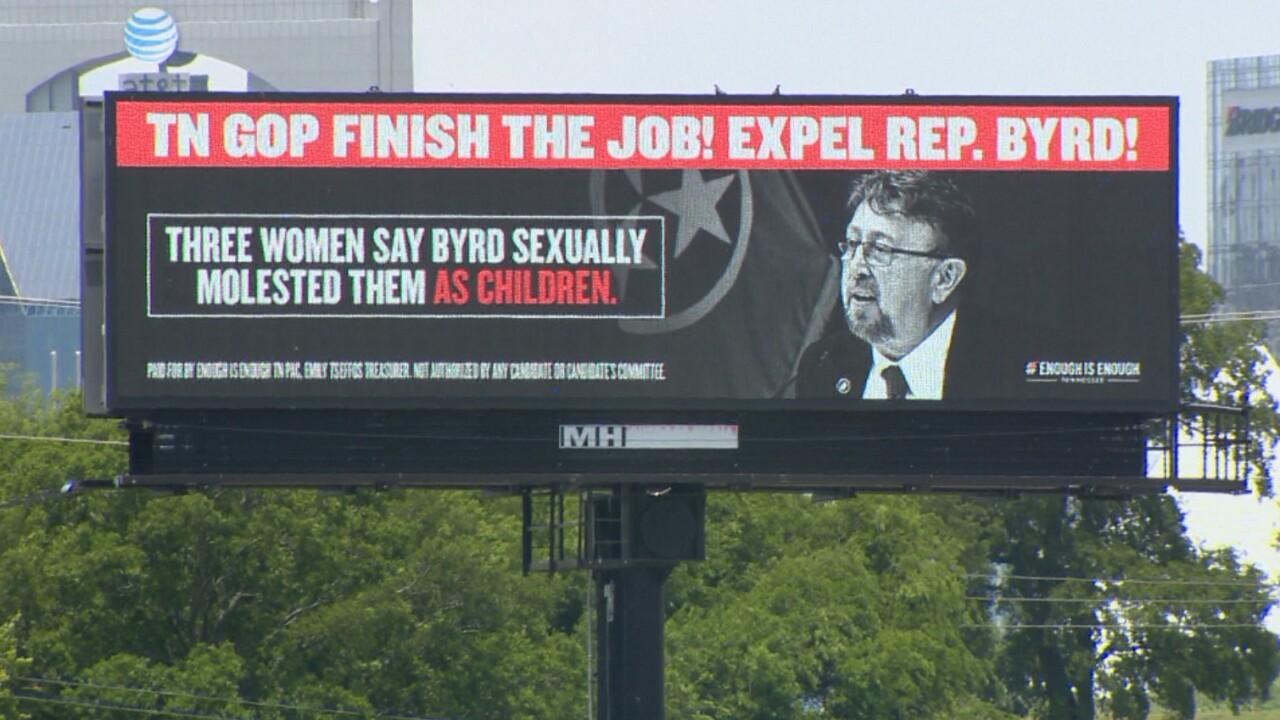 That's the message from Enough is Enough-Tennessee, a group of women activists who have targeted men behaving badly in the Tennessee legislature. The most recent: House Speaker Glen Casada.

They say, if lawmakers come back into special session to elect a new House Speaker, they want Republicans to expel another one of their own, Rep. David Byrd, who's accused of sexual assault.

Wednesday, one of the men who could be the next House Speaker, Rep. Bill Dunn of Knoxville, told the women he believes Byrd's accusers.

On Tennessee's Capitol Hill - where the bravery of men is forever memorialized in bronze, the contributions of women seemingly forgotten - the group is trying to make their own history.

On Wednesday, a day after Casada announced plans to resign after a text messaging scandal, the women of Enough is Enough returned to the halls of power, hoping to find the powerful now willing to listen.

Their mission, declared from a billboard just south of downtown, called for Tennessee Republicans to "finish the job" and expel Byrd.

In their arsenal: a recording where the Waynesboro Republican apologized to one of the three women who have accused him of sexually molesting them 30 years ago when they played on his high-school basketball team.

"There was obviously a culture of sexism and racism in the state House and just removing one person doesn't ensure that that culture is eradicated completely," said Enough is Enough activist Ashley Massey.

Their first visit was to Dunn, who serves as Speaker Pro Tem and could be next in line to become Speaker of the House.

"The reality is, it is a good ol' boys club - it really is," said Rep. Gloria Johnson.

While Casada stood with Byrd - appointing him to chair an education subcommittee and suggesting his accusers were liars - Johnson stood with the protestors.

Then, during the debate over the Republicans' fetal heartbeat bill, Johnson tried to propose an amendment to allow abortion in the case of rape and incest.

Casada left her standing for the entire debate, refusing to even recognize her.

"He said it was retaliation for me being involved with those protesters," Johnson told NewsChannel 5 Investigates.

But, unlike the situation with the governor, where the protesters engaged in a sit-in just to get him to meet with them, Dunn welcomed the activists inside.

And when the meeting was over, the women dropped by Johnson's office with news.

"I think that one of the first things that Representative Dunn said was that he believes the women, that he's listened to the partial recording and he doesn't see a way how you cannot believe them after listening to that," Massey reported.

"It was the first time that I have actually felt listened to by a male within the state legislature. Wow!" she said.

Dunn later told the Associated Press, “I believe something happened and what happened was bad.”

The Knoxville Republican told the AP that it's the Speaker's job to investigate those allegations.

“There have been two questions. Are the women credible? That answer is yes. The second question is what next, should he resign?” Dunn said.

“I’m not the speaker, but I think the speaker should take the lead on this issue. This is something that has to be addressed.”

Behn and Massey said that, as Republicans try to find a replacement for Casada, they'll try to meet with every single candidate who wants to be Speaker.

And if the House comes back into special session, they'll also target Byrd.

And that, they say, is a battle worth fighting.

Dunn declined a request for an on-camera interview.

But he did say, by telephone, that he believes "serious conversation and thought needs to be put into the best approach going forward," not ruling anything out.