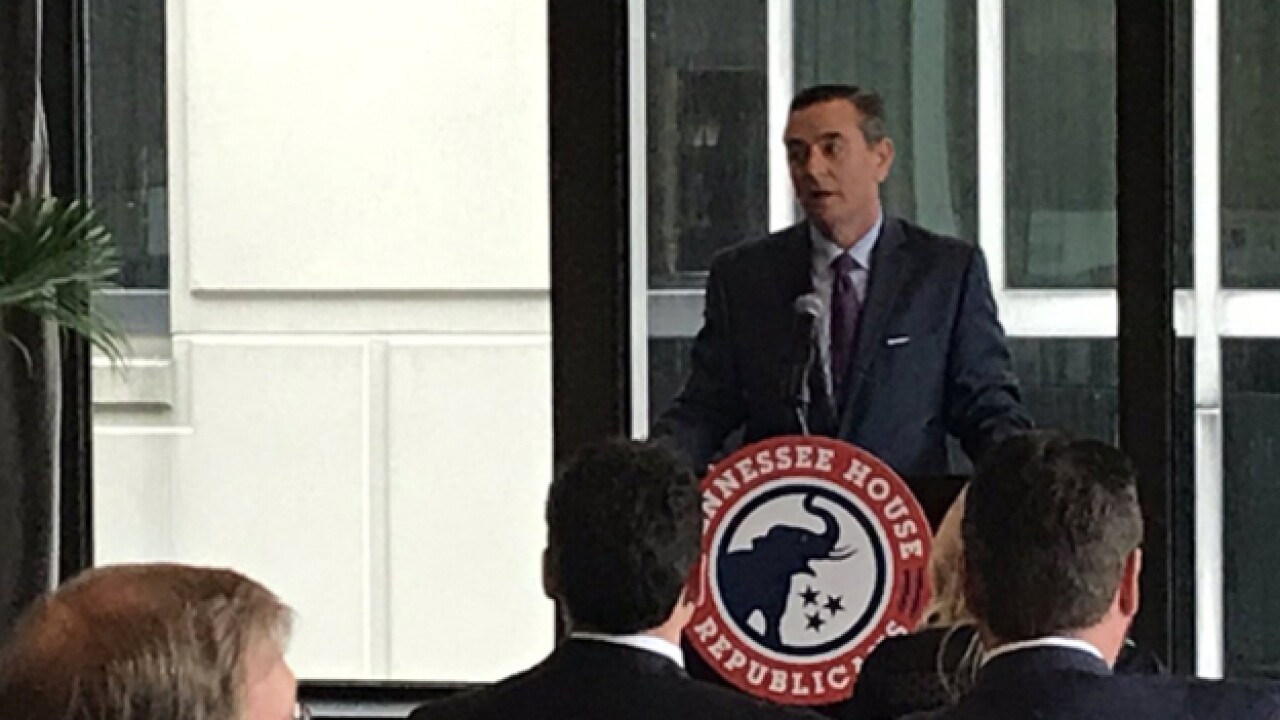 NASHVILLE, Tenn. (WTVF) — House Speaker Glen Casada, fighting off efforts to force him to give up his post, fired back Friday night against accusations that he tried to inappropriately influence the House Ethics Committee.

That salvo came amid charges from Republican Rep. Mike Carter that Casada had attempted to manipulate the committee into clearing him of any wrongdoing based on faulty information.

"I have done absolutely nothing to influence any work of the Ethics Committee. Period," Casada said in an email to members of the House Republican Caucus.

"To suggest so is a slap in the face to any legal staffer or committee member who actually attempted to work on the advisory opinion that I requested. The Ethics Committee is split 5-5 in a bipartisan manner, and I asked for the request in earnest. "

Casada called Carter's claim as "nothing more than a deliberate attempt to mislead and an absolute disgrace from someone that should know better."

The Williamson County Republican has faced growing calls for him to resign in the wake of a text-message scandal first exposed by NewsChannel 5 Investigates.

"I readily admit to each of you that I sent inappropriate text messages three years ago that made inappropriate jokes about women," Casada said in his email.

"If you believe the handful of texts that I sent disqualify me as Speaker, then I must accept that and move on."

The House Speaker had initially tried to claim that NewsChannel 5's reports were based on fabricated text messages.