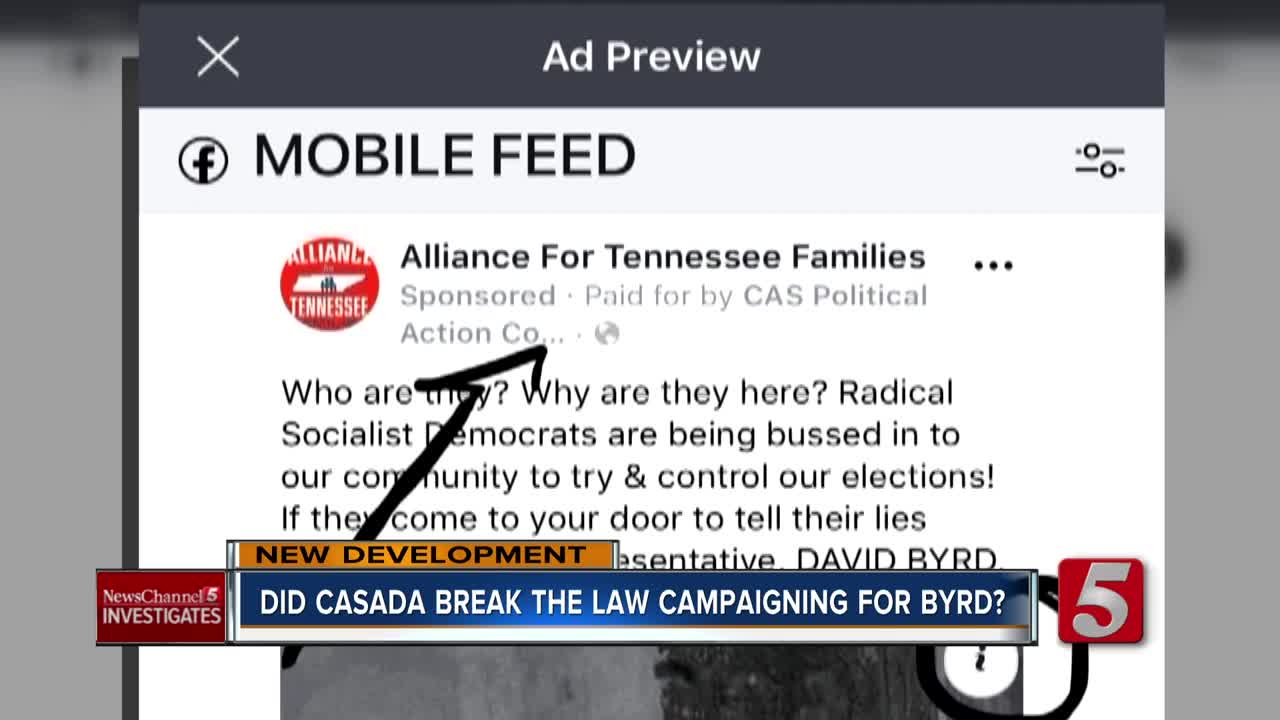 An activist group is asking for a criminal investigation into whether House Speaker Glen Casada's team violated election laws in his efforts to re-elect embattled state Rep. David Byrd, who was facing 30-year-old sexual assault allegations. 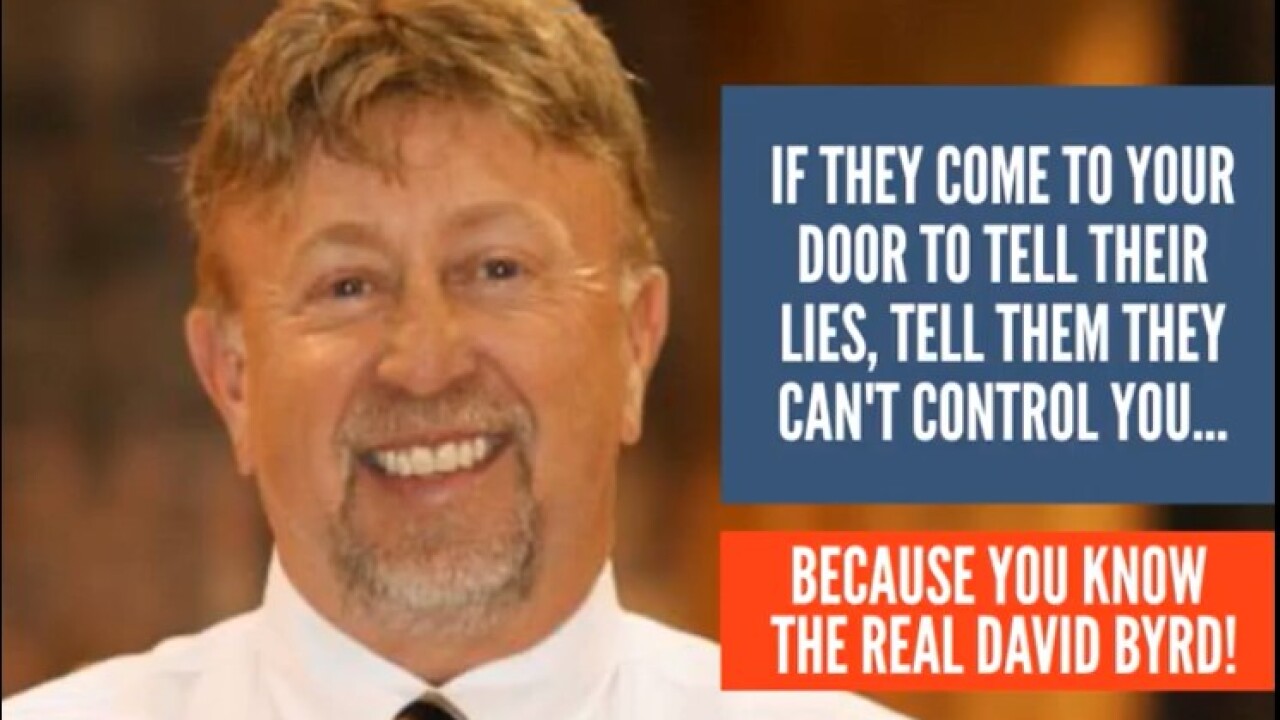 The digital ads portrayed the women campaigning against Byrd as outside agitators who were telling "lies" about the Waynesboro Republican.

"We have David Byrd who is an accused child molester that serves in the legislature, and we have a Speaker of the House that is willing to break election laws in order to protect that man," said Emily Tseffos, a community organizer with Enough is Enough-Tennessee.

Violation of that statute carries a possible penalty of up to 30 days in jail and a $50 fine. The statute appears to apply to the person spending the money; in this case, Casada serves as the treasurer of CAS-PAC.

Lotfi, who owns Red Ivory Strategies, insisted in a text to NewsChannel 5 that the digital ads in support of Byrd's campaign did carry disclaimers when they were pushed through Facebook's advertising system.

"This is a frivolous complaint," Casada said in a statement. "Facebook's rules require disclaimers for all political advertising and the CAS-PAC digital team has adhered to all requirements. Facebook disallows any advertising that does not include a disclaimer."

But the complaint argues that state law requires that such disclosures must be contained "within the communication" itself and that the requirements apply even when the ads are posted on social media with the expectation that they might be shared organically.

As NewsChannel 5 Investigates first reported, the 28-year-old Lotfi admitted that his company got paid by CAS-PAC to create a Facebook page for a shadowy group that called itself the Alliance for Tennessee Families.

An ad posted there claimed "Socialist Democrats are being bussed in to try & control our election." It added, "If they come to your door to tell their lies, tell them they can't control you because you know the real David Byrd."

Among the responses, one local resident posted: "I'm old and don't give a s**t. If I fear for my safety, I will use force."

Activists with Enough is Enough argued that such tactics could have made it dangerous for them to exercise their First Amendment rights in a rural area.

"We saw those ads as completely cruel and threatening our physical safety as well," said voluNteer Ashley Massey.

Lotfi's company was also involved with another Facebook page, Keep Tennessee Republican, which appears to have been funded by the Tennessee House Republican Caucus.

An ad there compared Byrd to President Donald Trump and U.S. Supreme Court Justice Brett Kavanaugh, saying: "Liberals are doing everything they can to spreak lies & fake news about them!"

There is no disclosure contained within the video posted on that page either, although Lotfi said it did carry a disclaimer when pushed through Facebook's advertising system.

Casada did not respond to a request for comment.

As NewsChannel 5 Investigates first reported, one of Casada's first acts as Speaker back in January was to hire Lotfi for a $48,000-a-year state job as a "senior legislative advisor."

But Casada did not require the political operative to work out of the legislature's offices, submit a formal time card or even work 40 hours a week.

Lotfi admitted that he helped Casada draft a column attacking Byrd's accusers, then his company got paid to push that message out through Casada's social media accounts.

Enough is Enough-Tennessee is an organization that targets candidates for public office who "have turned against women on the issues of sexual harassment or violence against women and children."