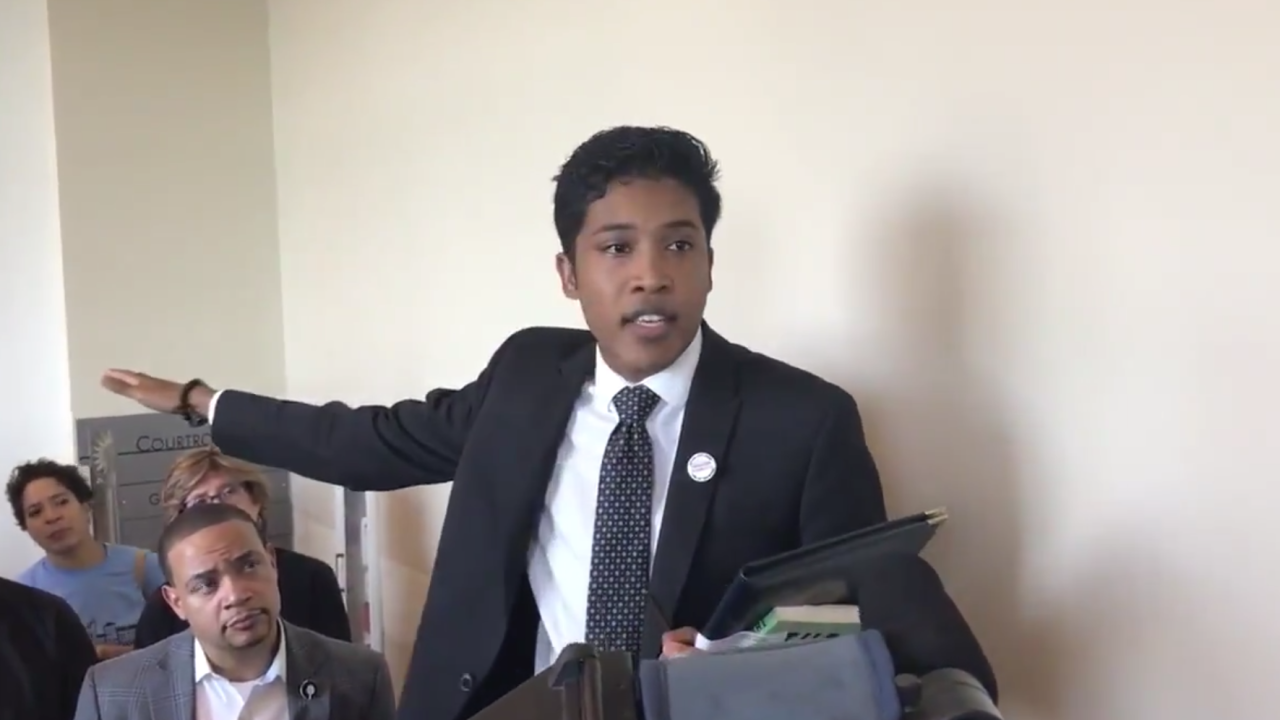 NASHVILLE, Tenn. (WTVF) — A student activist, charged with assault for tossing a paper cup with liquid onto an elevator with then-House Speaker Glen Casada and other Republican lawmakers, won't face trial.

Under a deal signed Thursday by General Sessions Judge William Higgins, assault and disorderly conduct charges against Justin Jones will be retired until April 22. The charges can then be dismissed.

Jones, a Vanderbilt divinity student, was arrested in February during a student protest over Republican policies in the legislature.

In May, NewsChannel 5 Investigates raised questions about questionable efforts by Casada and aide Cade Cothren Cothren to get Jones' bond revoked. That investigation also revealed racist text messages exchanged by the two men.

The state appointed Northcott as special prosecutor, leading to an unsuccessful effort by Jones' lawyer to get the prosecutor removed from the case for his own controversial views.

In recent weeks, Leonardo got a court order requiring Casada, Moody and Cothren to testify in a preliminary hearing that had been scheduled Thursday.

The agreement comes as Jones prepares to launch a primary challenge against U.S. Rep. Jim Cooper, D-Tennessee, for his seat in Congress.