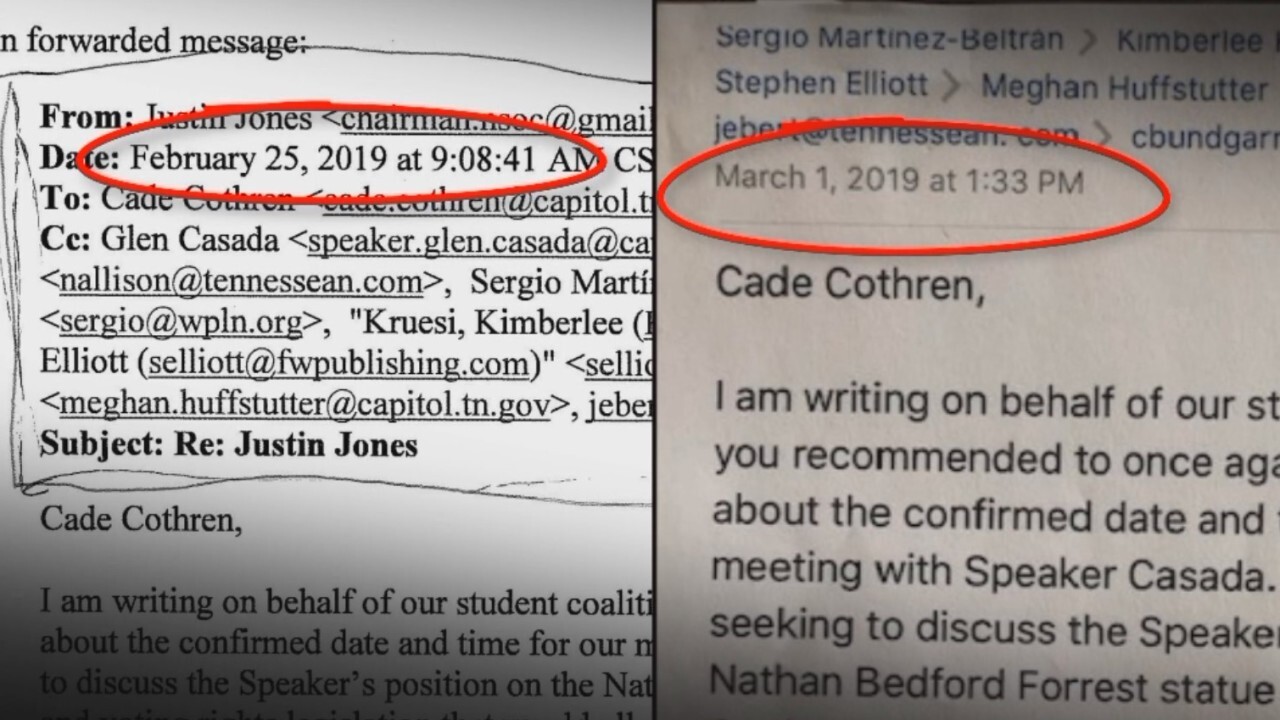 NASHVILLE, Tenn. — A special prosecutor -- appointed to investigate whether House Speaker Glen Casada's office altered an email to try to frame a student activist -- says he sees "no crime."

But the lawyer for the activist questioned whether the DA really looked.

"I can't help the misinformation and, frankly, lies that have been disseminated by the media in this. I can't change that," Coffee County DA Craig Northcott told a Nashville judge.

Northcott's remarks came during a hearing for student activist Justin Jones, who faces charges for throwing a paper cup with tea onto an elevator with Casada and other lawmakers back in February.

After that incident, Casada aide Cade Cothren sent an email to the Nashville DA's office. He was trying to get activist Justin Jones thrown in jail for violating a court order to stay away from Casada.

The House Speaker's office gave the DA a screenshot with what appeared to be an altered date.

Northcott explained the discrepancy, saying the email was just caught in the legislature's spam filter.

But our investigation discovered other apparent alterations, and Northcott offered no explanation for those.

Jones' lawyer, Nick Leonardo, questioned why Northcott did not ask for expert help from the Tennessee Bureau of Investigation.

"I think he just called and asked them if they did it. If they said no, that was ok for him," Leonardo said.

The head of the legislature's Black Caucus, Rep. G.A. Hardaway, echoed Leonardo's concerns about the failure to bring in the TBI.

"It's got to be an independent agency that has credibility, that was set up specifically with the autonomy to do these types of investigations for corruption," the Memphis Democrat said.

"And that's what we're talking about: corruption."

Northcott has faced questions over his controversial views that Muslims and LGBT individuals are not entitled to the same legal protections as other people.