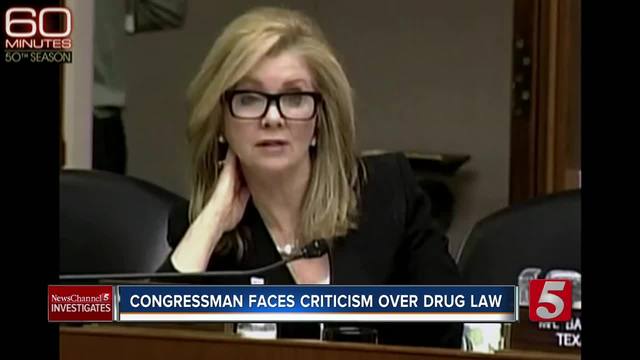 Tennessee Congressman Blackburn faces criticism for her role in a federal law that helped fueled the opioid crisis sweeping America. It follows a Washington Post and 60 Minutes investigation. 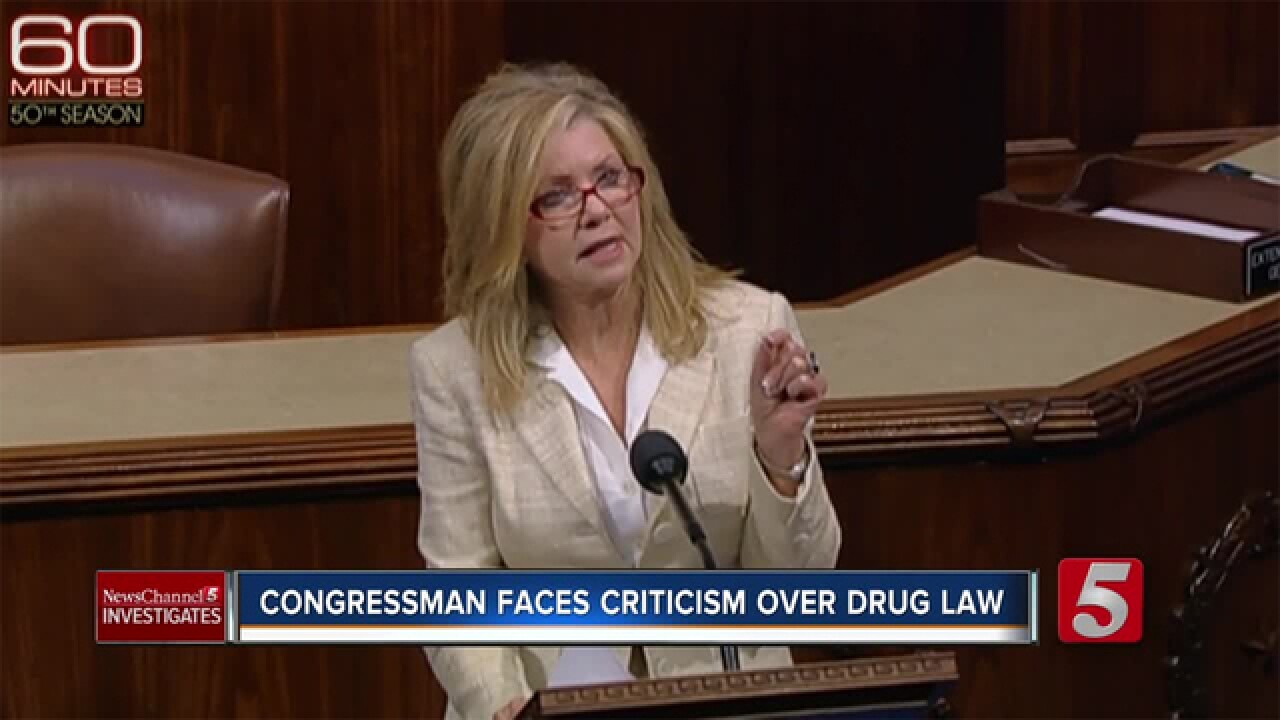 In a statement released Monday, the Williamson County Republican's campaign blamed what it called "unintended consequences" for any problems created by her legislation.

Several former Drug Enforcement Administration insiders say they tried to warn her and the rest of Congress.

"If I was going to write a book about how to harm the United States with pharmaceuticals, the only thing that I can think of that would immediately harm is to take the authority away from the investigative agency that is trying to enforce the Controlled Substances Act and the regulation implemented in the Act -- and that's what this bill did,” said former DEA insider Joe Rannazzisi.

Rannazzisi ran the DEA’s Office of Diversion Control, which regulates the pharmaceutical industry.

That effort, he told 60 Minutes, was hampered by the 2014 bill introduced by Congressman Marsha Blackburn.

The goal: supposedly to make it easier for patients to get the pain pills they needed.

But insiders told 60 Minutes it really crippled the DEA's ability to stop suspicious shipments of narcotics across the country.

“You're not going to be hold anyone higher up the food change accountable,” said Jonathan Novak, who worked in the DEA’s legal office.

60 Minutes correspondent Bill Whitaker asked, “Because of this law?”

“Because of this law,” Novak agreed.

In fact, a 2015 Justice Department memo warned that the law "could actually result in increased diversion, abuse, and public health and safety consequences."

But instead of listening, Blackburn and another congressman sent a letter, demanding an investigation of the D-E-A officials who were sounding the alarm.

Rannazzisi asked, "Why are these people sponsoring bills when people in their backyards are dying from drugs that are coming from the same people that these bills are protecting?”

Bill Whitaker asked for his opinion.

Rannazzisi answered, “Because I think that the drug industry -- the manufacturers, wholesales, distributors, and chain drugstores -- have an influence over Congress that has never been seen before. And these people came in with their influence and their money and got a whole statute changed because they did not like it."

NewsChannel 5 Investigates checked and, according to the Center for Responsive Politics, Blackburn took in more than $160,000 in campaign contributions from the pharmaceutical industry in the two years after that bill became law.

And her campaign says, if there are problems with the law, those should be -- quote -- addressed immediately.

Here is her campaign’s full statement:

Congressman Blackburn has a long history of working to combat the epidemic of opioid abuse, which has taken too many precious lives. She believes that Congress should continue its work to address the issue and conduct oversight. If there are unintended consequences from this bipartisan legislation—which was passed unanimously by the House, Senate and was signed into law by President Obama—they should be addressed immediately.