A new audit of the former Autumn Hills Assisted Living Facility says lack of oversight by Metro at the city-owned home for the elderly led to plenty of problems. 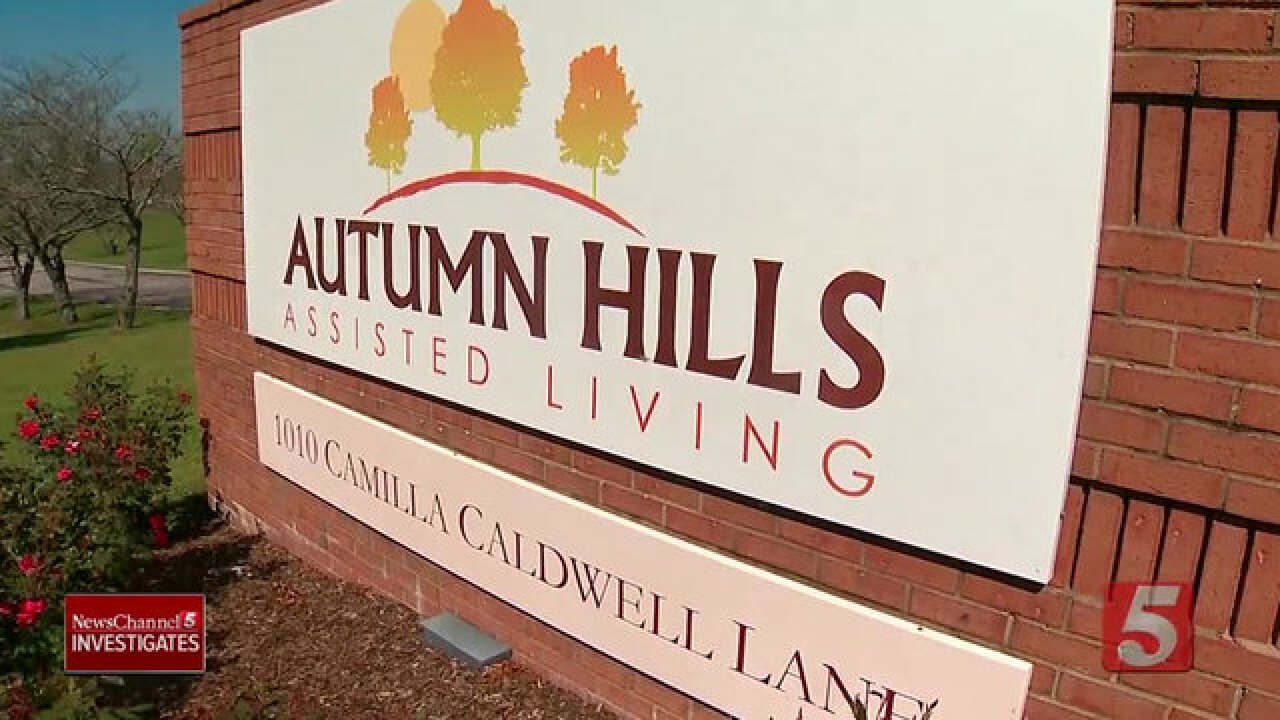 Metro Government and the city's Hospital Authority dropped the ball, that's according to a just-released audit of the former Autumn Hills Assisted Living Facility.

Last year, NewsChannel 5 Investigates first exposed problems at the city-owned home for the elderly, and a new audit by Metro auditors found a lack of oversight by the city led to plenty of problems.

First, a bit of history. We're talking about the old J.B. Knowles Home in Bordeaux. Three years ago, Metro made a deal with Autumn Hills Assisted Living and Vision Real Estate to run the facility, develop the land around it and save taxpayer money.

But as the audit found, things didn't go as they were supposed to.

Metro auditors said it was impossible to do a full-scale audit of Autumn Hills because the managers failed to keep accurate records of how the money was being spent.

But what they did find, according to the just-released audit, is the folks running Autumn Hills "mismanaged" the finances, still owe creditors more than three quarters of a million dollars, did not prepare required financial reports or file tax returns.

According to the audit, out of $4.5 million withdrawn from Autumn Hills' accounts, more than a million of that had no documentation - including nearly half of which was paid out in cash, plus another $99,000 in ATM withdrawals.

The audit also mentions our reporting late last year and confirmed problems we exposed at the facility, how it failed to pay its bills on time, let required insurance policies lapse, and failed to make capital improvements as required under its contract with Metro.

Auditors found no records of any work being done. Managers had claimed to have put in a new chiller and accounting system. But the audit found that was never done. When Metro sent its own team into the facility earlier this year, they found it in "dire need"of major maintenance.

Despite all of the problems, the audit said Autumn Hills still provided food, shelter, and personal and medical care to its residents, though we heard from a lot of them who were not happy with it.

The city did cut ties with Autumn Hills back in January and brought in a new management company on an interim basis. They are still searching for a permanent manager.