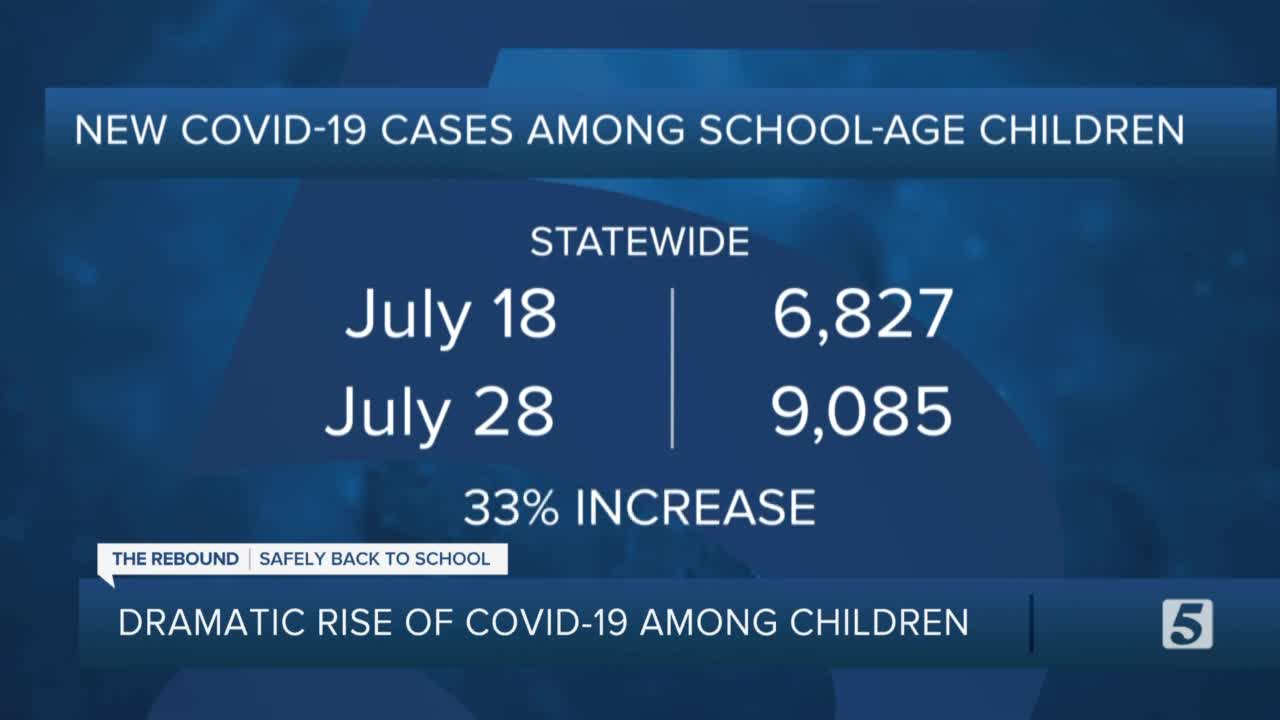 The number of school-age children across Tennessee who have tested positive for COVID-19 has shot up by a third in just the last 10 days, the latest data from the Tennessee Department of Health shows. 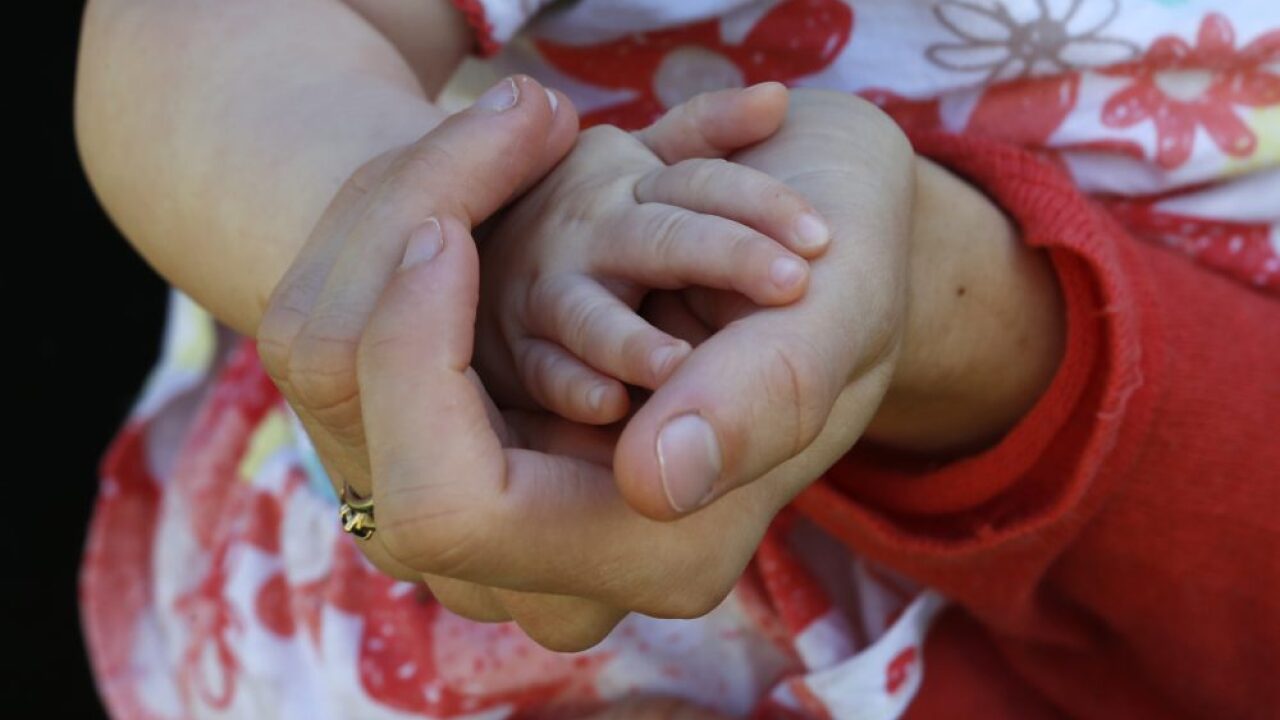 NASHVILLE, Tenn. (WTVF) — The number of school-age children across Tennessee who have tested positive for COVID-19 has shot up by a third in just the last 10 days, the latest data from the Tennessee Department of Health shows.

On July 18, there were 6,827 children ages 5-18 who had tested positive for the coronavirus, the data shows.

"Now that we are starting to see data on children because kids are actually starting to get sick, we are seeing very much an increase in the rates of infection among children," Dr. Nick Cote, a Murfreesboro physician, told NewsChannel 5 Investigates.

Cote, who specializes in internal and family medicine, appeared Tuesday night before the Rutherford County Board of Education, to argue against in-person schooling when COVID transmission rates are so high. (CORRECTION: Dr. Cote is the parent of a Rutherford County student and a Rutherford County teacher. The posted video incorrectly stated that his wife is a teacher.)

The physician told NewsChannel 5 that "we are seeing critically ill children with COVID-19 throughout the country."

"Even if they are not getting critically ill, the problem is they are bringing that infection home to the adults in their lives," Cote added.

That uptick in coronavirus cases among children comes as Gov. Bill Lee pushes schools to reopen. At the same time, almost every Tennessee county is showing what his own health department considers to be unacceptable rates of transmission.

Studies have shown that young people face a lower risk of being sickened by COVID-19, although at least three Tennessee children have died. Kids ages 10 and older can spread the virus just as readily as adults.

According to the state data, Metro Nashville-Davidson County led Tennessee with 266 new cases among school-age children in the last 10 days, an increase of 20 percent for the county.

That was followed by Shelby County with 247 additional cases, up 18 percent.

In Rutherford County, where the school board voted to resume in-person learning, there were 151 new cases among school-age children, an increase of 35 percent in just 10 days.

CHECK OUT DATA FOR YOUR COUNTY BELOW:

Experts say such counts of the number of infected children likely represent a significant undercount since kids are not routinely tested.

Cote said he expects those numbers will increase dramatically when kids return to the classroom, along with the normal jump in influenza and other respiratory infections associated with start of a new school year.

He had argued that Rutherford County Schools should not re-open until after Labor Day to give teachers more time to train on a new virtual learning platform. Even then, Cote suggested school should be online only for the first nine weeks to give the county more time to reduce the current high rate of spread of the virus.

During the school board meeting, board member Lisa Moore -- who was not wearing a face covering despite a county mask mandate -- drew jeers from the audience when she read a letter that she said showed there are "many, many different opinions" in the medical community.

The letter, which Moore said represented "another interesting perspective," was from a chiropractor who opposes a mask mandate.

"I don’t know if it was done because that person just doesn’t know better or if it was done entirely intentionally. Either way, it’s inexcusable -- especially when there’s two board-certified physicians sitting in the audience who just told you that this is dangerous."

In just-published guidance for school administrators, the Centers for Disease Control recommended last week that schools consider the rate of transmission within the community when deciding whether to bring students and teachers back into the classroom.

Asked why he was not considering transmission rates in his push to reopen schools, the governor said his plans weighed the need for mitigation with "the risks associated with children not being in school."

In addition, the CDC recommends that every person who was in the same classroom with someone infected with COVID-19 should be tested and/or quarantined.

Lee's plan would only require quarantine if it could be determined that individuals had been within six feet for more than 10 minutes.

The governor said his team was not following the CDC recommendation because of the turnaround time for testing.

"That weighs into that decision," he added.