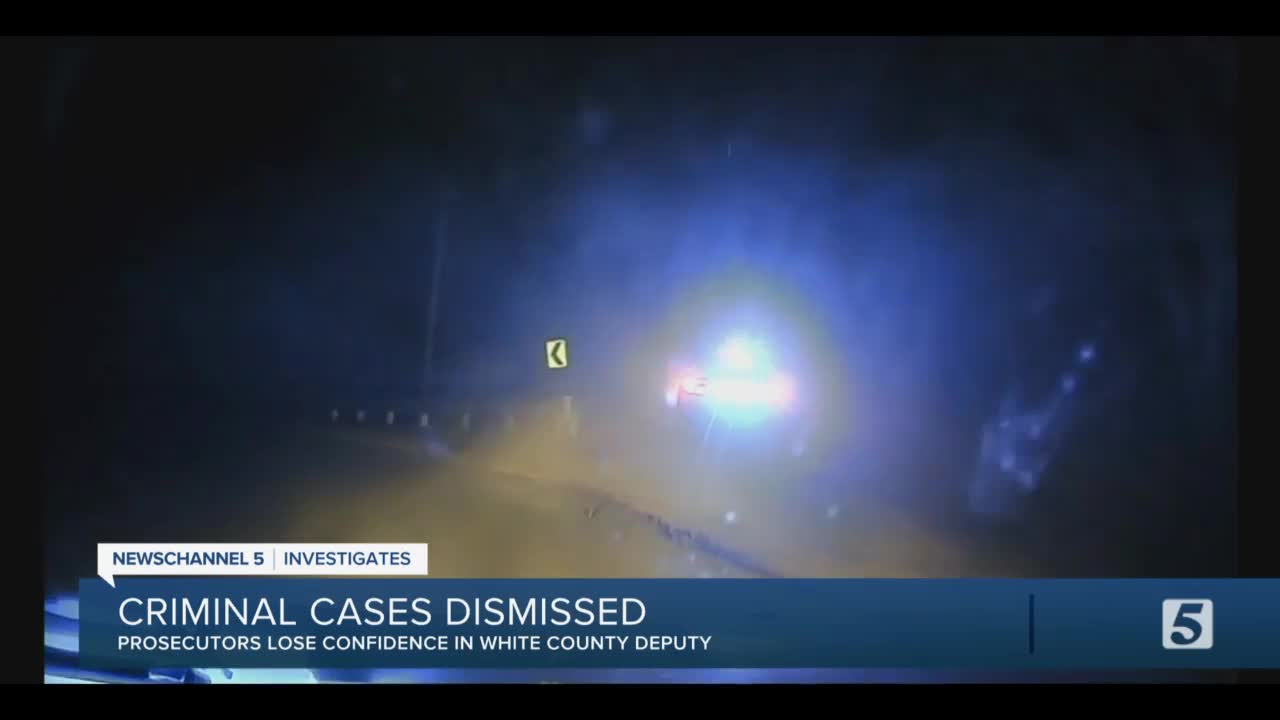 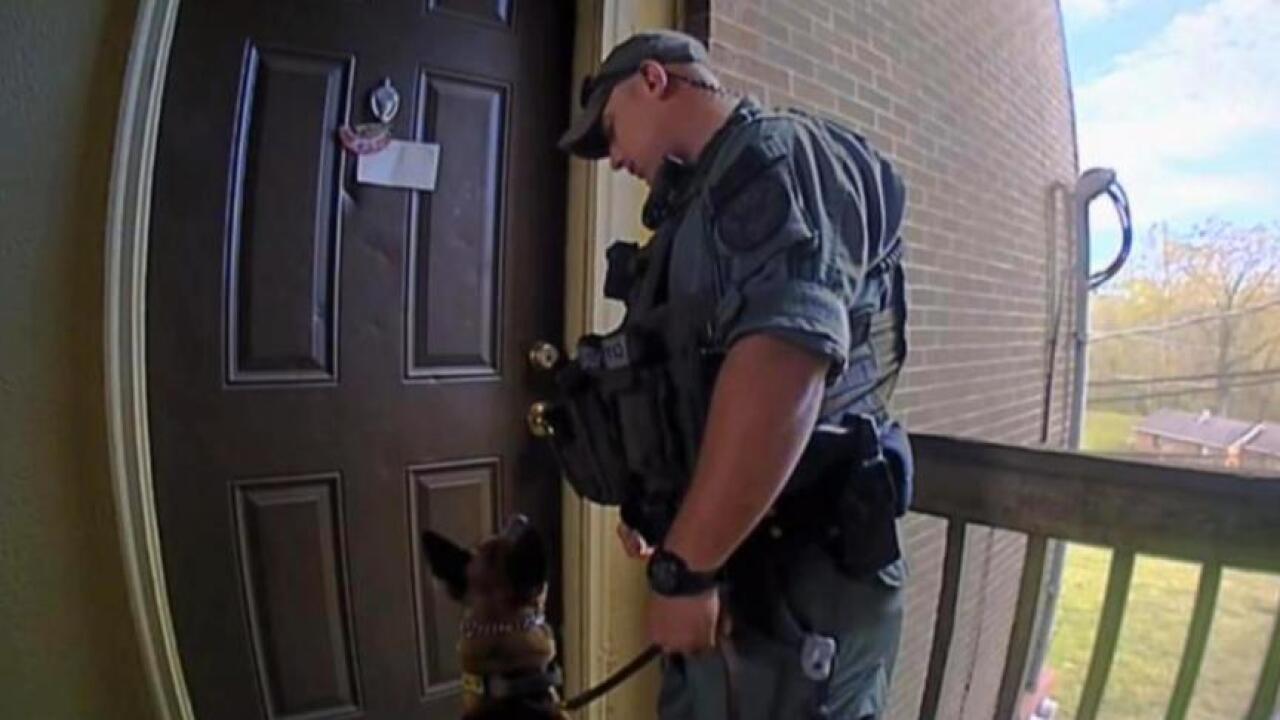 Young was involved in a controversial dog bite arrest in April that was first reported by NewsChannel 5 Investigates.

That case led the District Attorney to review other cases involving Young including the September 2019 arrest of Stephen Whited.

Body camera video shows White County Deputies arresting Stephen Whited in a creek after he ran from officers at the end of a high-speed chase.

Deputies found meth in his truck.

"This appears to be the car camera video from Officer Young's patrol car," Dunaway said as he looked at dashcam video from that night.

Brandon Young was the deputy who first tried to pull over Stephen Whited.

Young wrote in the incident report that he tried to stop Whited's truck because it had a "non-functioning tag light."

In other words, his license tag was not lit properly.

NewsChannel 5 Investigates asked, "Do you think that's a lie?"

Dunaway responded, "You can call it a lie. I don't know what label you want to put on it. But the video does not reflect that statement as being truthful."

Young's dashcam video shows him following Whited's truck, and even when the truck goes outside of the light beams of Young's patrol car, the license tag appears well lit.

"I feel like this particular officer, this individual, did not tell the truth in his report. The video showed that and convinced me that the truth was not told," Dunaway said.

But that is not the only time the deputy has been accused of not telling the truth.

Dunaway started reviewing Young's cases because of his controversial arrest of Tonya Qualls, 40, in April.

As NewsChannel 5 Investigates first reported Young ordered his dog to repeatedly bite Qualls who was unarmed and hiding in a closet.

Young claimed Qualls - a nonviolent drug offender, who had run inside a neighboring apartment to hide from officers - resisted arrest.

According to an Internal Affairs report, he told his dog to "engage" Qualls twelve times.

Young charged Qualls with resisting arrest and she pleaded guilty.

But when the District Attorney watched the video from that arrest he allowed Qualls to withdraw her guilty plea for resisting.

He did not think she resisted arrest.

"The incident with [the dog] prompted me to pull the files that were made by that particular officer and spot check them," Dunaway said.

"Your heart always sinks when you have to look into a situation where an officer has not done the right thing and this was one of those situations," Dunaway said.

Dunaway decided to dismiss every case where he might need Young to testify.

In June, his office dropped more than 25 cases where Young was the primary arresting officer.

"I lost confidence in the ability to use that officer to testify in court truthfully," Dunaway said.

NewsChannel 5 Investigates asked, "How unusual is it to go and drop 25 or more cases?"

"It's very unusual... It is the rare occasion where we have a bad apple and this is one of those occasions," Dunaway said.

Whited entered a guilty plea after his arrest to felonies including evading arrest and possession of Meth with intent to sell.

Those charges were not dropped.

But he said Whited's case is a part of the reason more two dozen other cases were dismissed.

Young resigned from the White County Sheriff's Department in July.