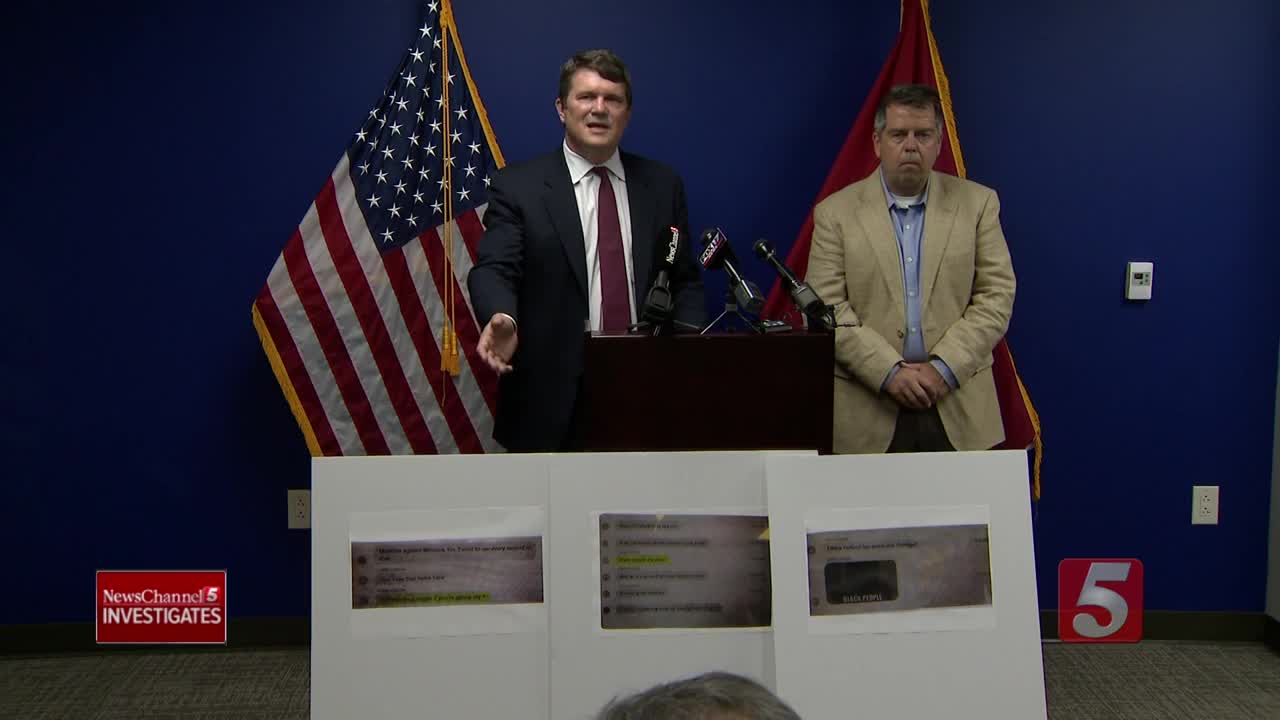 Democratic lawmakers demand answers from Speaker Casada about racist texts that came from his chief of staff. Casada says the texts may be fabricated. 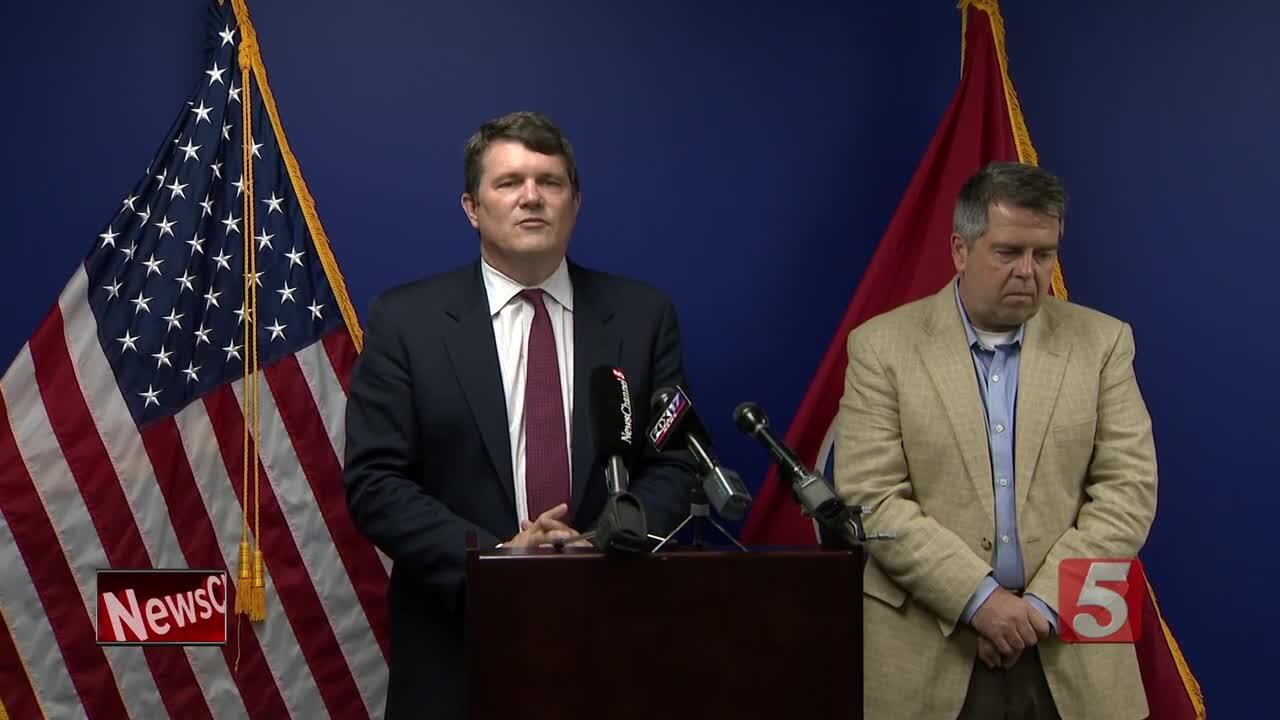 The lawmakers stood in front of poster boards displaying the racist texts during a news conference this morning.

The texts were first reported in a NewsChannel 5 investigation that aired Thursday.

On Thursday evening Speaker Casada said he supported his Chief of Staff and praised his character.

But Democrats have questions and want more proof.

"What is the straight forward answer for these electronic communications coming out of the Speaker's Office," asked Rep. Mike Stewart (D) Nashville.

"Do we really think it's acceptable for there to be an open question as to whether somebody in power is using the N-word?" Rep. Stewart asked.

NewsChannel 5 Investigates first revealed text messages provided by a former acquaintance that show an exchange between Casada and his Chief of staff Cade Cothren in which Cothren appears to refer to people in a West Tennessee district with a Black People meme.

In another text exchange with other friends, Cothren texted "black people are idiots" and insisted Tampa Bay Quarterback Jameis Winston should be called a thug N word.

"I've never in those ten years seen any sort of racist or bigoted action out of him," Casada said.

They want to know whether the Speaker's Chief of Staff sent those text messages.

During a phone call this afternoon Casada told NewsChannel 5 Investigates that he asked Cothren about the texts and he denied those messages were his.

Casada said it is easy to fake texts and that he believes someone made up the racist messages to frame Cothren.

Democrats argued it should be easy to determine where the texts came from and the Speaker needs to do more than just trust his chief of staff.

Speaker Casada said he will have an I-T person from the state look at his phone to see if it received one of those racist texts, but emphasized he does not remember receiving a text like that.