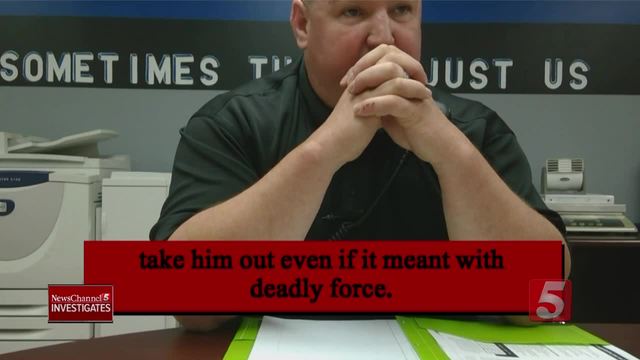 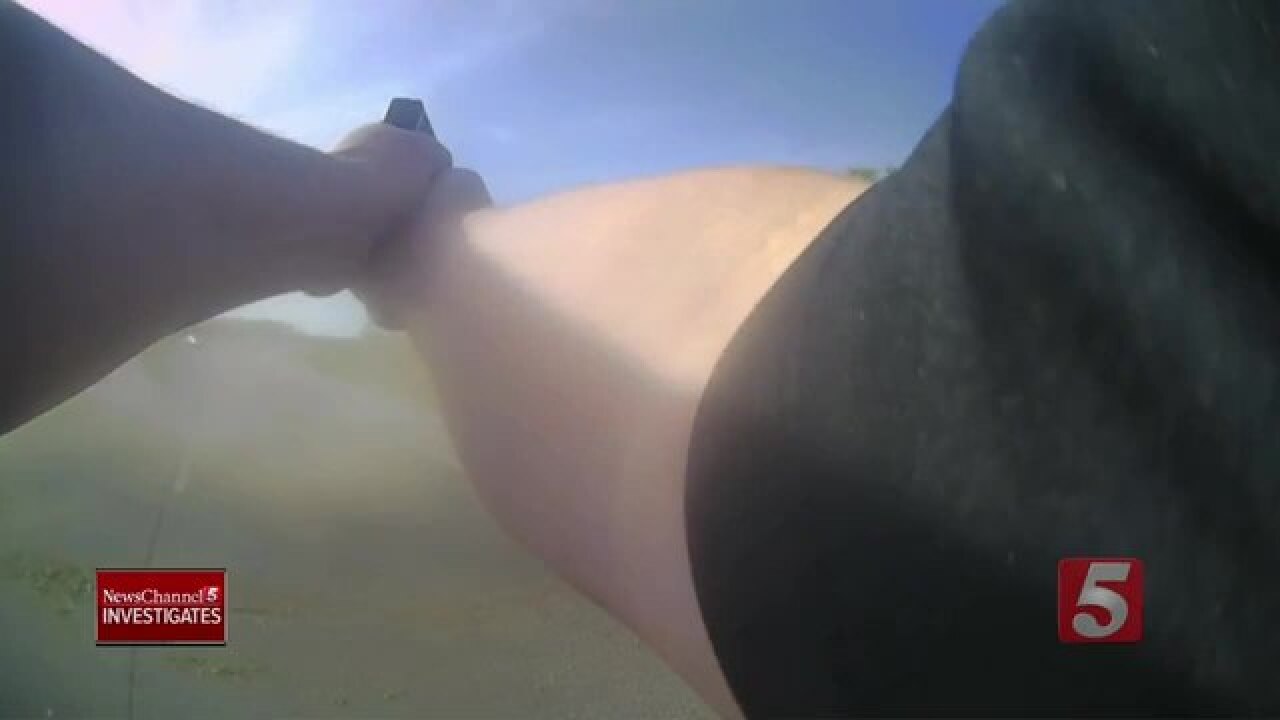 At the time Michael Dial led police on a chase through White County last April, Reserve Deputy Adam West's shift had not started yet.

"I was traveling to work here at the sheriff's department," West told an agent with the Tennessee Bureau of Investigation (TBI).

The recorded interview took place days after the chase in which Michael Dial was shot and killed.

NewsChannel 5 Investigates obtained video of the interview through a public records request.

West said he joined the chase driving his own Dodge Ram pick-up after hearing about it on the scanner.

"I followed and caught up to the chase, the pursuit," West said.

When Sheriff Oddie Shoupe gave orders to take Dial out with deadly force, West and another officer opened fire. It is not clear which bullet killed Dial.

"What is your capacity here," asked the TBI agent in his interview with West.

As a reserve deputy, West worked part-time for the White County Sheriff's Department.

He was hired in 2015 by Sheriff Oddie Shoupe and had the same authority as a regular deputy when on duty.

But our review of West's personnel file raises questions about whether he and the sheriff violated several of the department's long-standing policies during that deadly chase.

A memo from Sheriff Shoupe states "At no time will an employee of the White County Sheriff's Department install or have installed any form of blue lights or sirens in their personal vehicle."

But body and dash cam videos clearly show West had both blue lights and a siren on his personal truck.

West also appeared to violate the part of the sheriff's policy which states "At no time while off duty will an officer be involved in a pursuit while in his personal vehicle."

"I don't believe he was going to stop no matter what," West told the TBI.

He then heard an order from the sheriff over the radio.

"Per 59 (the sheriff) use deadly force if necessary. Take the subject out by any means necessary."

Shortly after that Dial -- whose trailer had a flat tire -- swerved off the highway.

West immediately opened fire, so did another officer involved in the chase.

"I had taken a direct order from the sheriff to take him out even if it meant with deadly force," West told the TBI.

It turns out Dial did not have a gun.

But West may have been thinking about another memo from Sheriff Shoupe titled "Direct Order."

It stated, "The next time a direct order is given and not followed that individual will be dismissed no excuses will be accepted."

In fact after the shooting West appeared distraught, but the sheriff assured him he did the right thing because he followed orders.

But it's the sheriff himself who seems to be the worst violator of one of his own polices.

In a 2013 memo Shoupe states, "The use of profanity has gotten of hand within the department."

But listen to what he says to another deputy in a conversation captured on a body camera they did not know was recording.

"If they don't think I'll give the damn order to kill that motherfu**** they're full of sh**."

In the memo, Shoupe warned employees "will be dismissed" for repeated use of profanity.

We tried to talk to the sheriff about this and some other questions about West's recent promotion.

But he walked away and told us to speak with his attorney.

The attorney representing the sheriff and the county in a lawsuit filed by Michael Dial's wife said he advised the sheriff not to answer our questions because the issues could become part of the lawsuit.

District Attorney Bryant Dunaway ruled last year that the shooting of Michael Dial was justified because he was putting law enforcement and civilian lives in danger by refusing to pull over.

He said the video shows Dial was swerving his truck and trailer in an attempt to hit the patrol cars pursuing him.