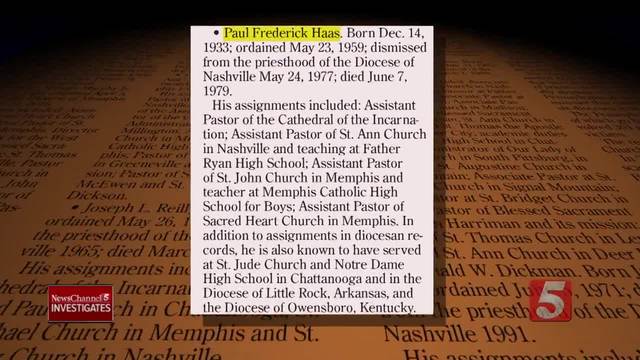 Critics of Catholic Diocese of Nashville call for independent investigation. 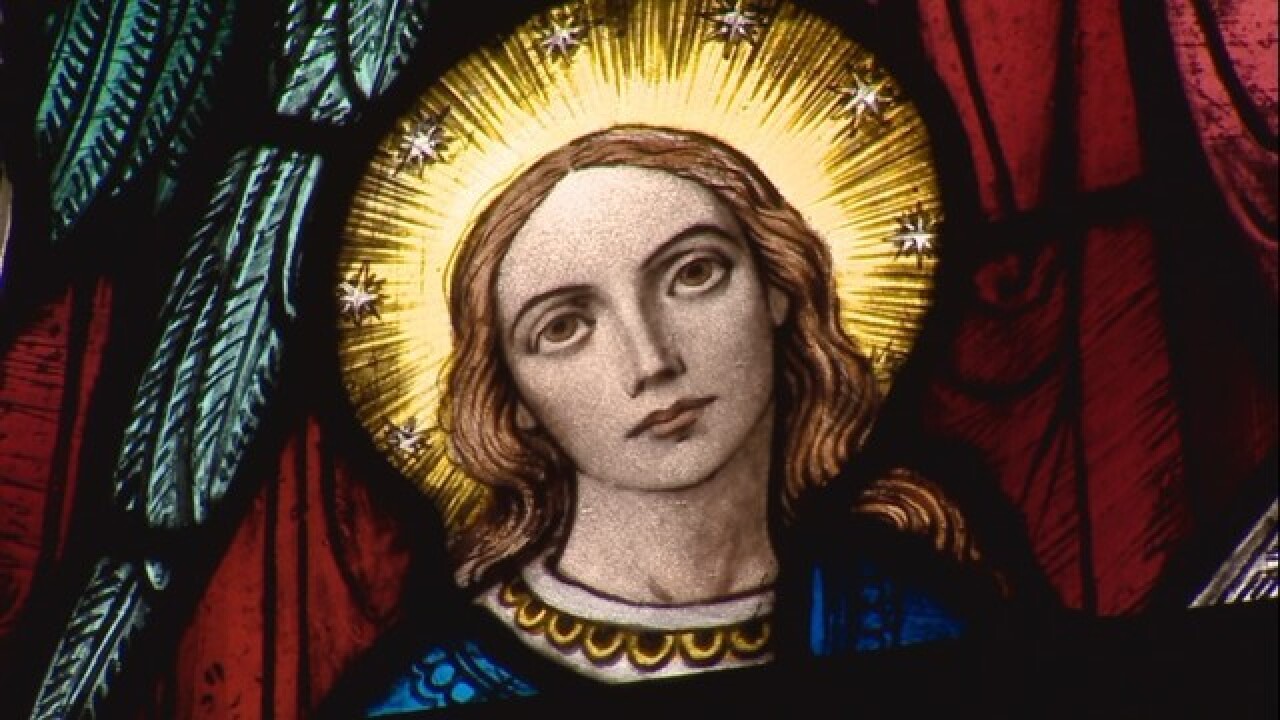 The Diocese published the names on its website Thursday in advance of a news conference Friday by critics who claim the Diocese knows of other accused priests.

Friday afternoon, David Brown, of the Survivors Network of those Abused by Priests (SNAP) of Tennessee, and Ron Deal, an ordained deacon of the Nashville Diocese, were among those who attended a news conference and said the Diocese cannot investigate itself.

The new names included two former priests who were ordained in Nashville but moved to other Diocese in 1964 and 1971.

Both have been named as accused abusers on lists released by other Diocese.

The other man named by the Diocese served in Campus Ministry at Vanderbilt but was recalled by his order in 2003.

"I want an independent grand jury, TBI, attorney general, somebody outside the Catholic Church to investigate them," David Brown with SNAP said.

"I don't want to destroy the faithful. I want the truth," Brown said.

Brown was abused by a priest who was his teacher at Father Ryan back in 1961.

He was 15-years-old and remembers how happy his parents were when the priest showed up at their home.

"They stood at our carport. I remember dad was hugging momma. They were so proud I was associating with such a popular priest," Brown said.

The Diocese included the name of Paul Frederick Haas on its list last week.

Brown was most disturbed by how many other places Haas served after Nashville.

"The interstate trafficking of pedophiles. That's what we're screaming about," Brown said.

"They don't fire them. They enable them. They moved them around. It's horrible," Brown continued.

The Diocese said Haas was dismissed from the priesthood in 1977, and died two years later.

Bishop J. Mark Spalding apologized for the past in an interview last week.

"This should not have happened. The way they handled it back then is not the way we handle it now," Bishop Spalding said.

The Diocese insists there has not been an accusation against a priest serving in the Diocese in more than 25 years.

Brown said there are likely victims that have not yet come forward, and an outside investigation could make it easier for them to do that.

"I want to help them. They're not helping them by continuing to hold back with half truths, fancy catchy words that sound nice and soundbites that are really pleasing," Brown said.

The Diocese said it encourages anyone who has experienced abuse to report it to authorities.

It said the three new names are not officially on its list of accused priests at this time.

But they could be added at a later date.

The Diocese said it published the names because there had been public accusations against them in the past.

Here is how the information appeared in an updated news story on the Diocese website:

"The names of two priests who were ordained for the Diocese of Nashville, one whose last assignment in the diocese ended in 1964 and the other who was incardinated into the Diocese of Memphis in 1971, appear on lists of priests accused of abuse in other dioceses.

• Walter Emala, who was ordained in 1952, is named on lists published by the Diocese of Harrisburg, Pennsylvania, and the Archdiocese of Baltimore.

• James Kemper, who was ordained in 1942 and remained in active ministry until 1964, is named on a list published by the Archdiocese of Santa Fe, New Mexico.

The list published by the Diocese of Nashville only included the names of diocesan priests, although the name of one religious order priest, Roger Lott, a Benedictine, was included because he is accused of abuse while in Nashville.

• James F. X. Pratt, S.J. who served at the Vanderbilt University campus ministry for many years was recalled by his order in 2003 for investigation into an allegation pertaining to a time before his ordination as a priest and before his assignment at Vanderbilt. His removal was widely reported in the media at the time, but the Jesuits did not provide details of the allegation or the results of their investigation."