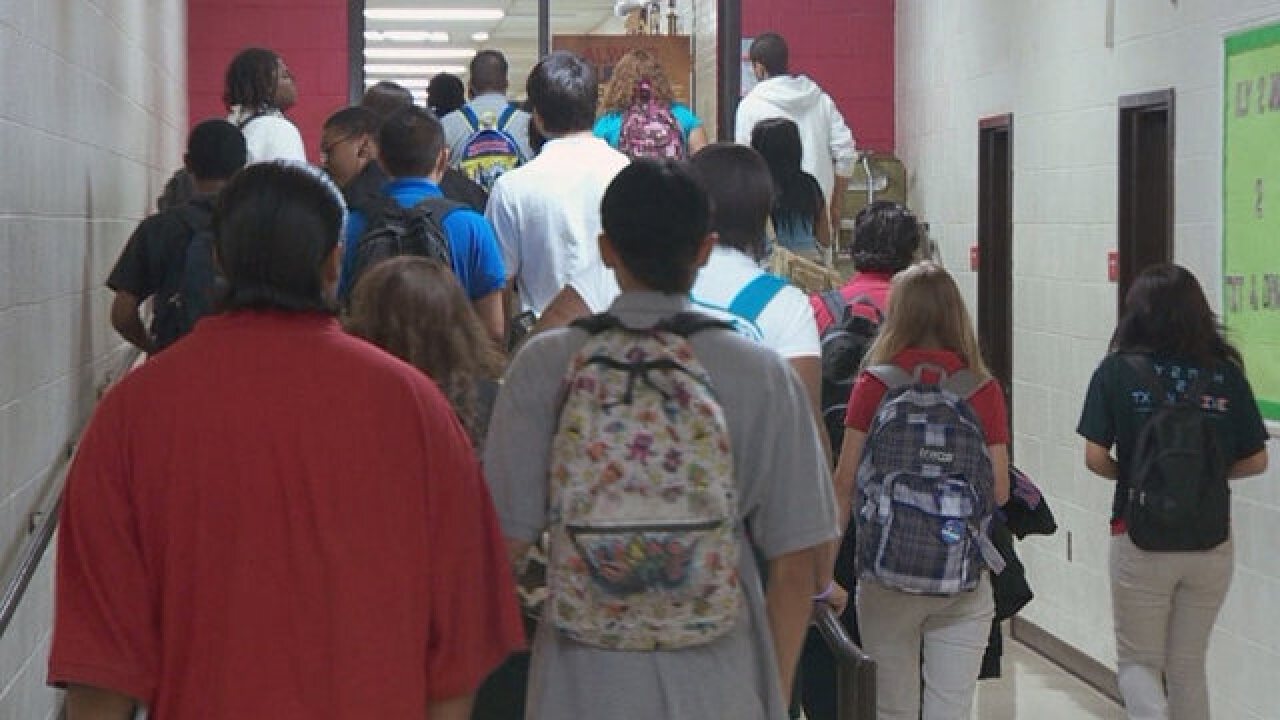 Have some Metro students been suspended -- kicked out of school -- for petty offenses?

But school officials say it's not what it seems.

The email surfaced after the principal at Nashville's Hunters Lane High School was questioned about her handling of disciplinary data involving one student.

That principal, Susan Kessler, fired back with email evidence about what she called a "common practice" involving a district official who's in charge of monitoring student discipline.

"As a parent and as a taxpayer, I am incensed at what these emails reflect these administrators are doing or are attempting to do in the Nashville school system," said Larry Woods, a civil rights attorney who has sued the district before.

In recent years, Metro Schools has responded to pressure from the federal government over a so-called discipline gap.

African-Americans make up 70 percent of all suspensions even though they make up less than half of all students.

So they developed a matrix specifically showing when suspension is and is not appropriate.

But the emails show director of school discipline Bruce Curtis emailed principals about cases where "the codes do not match the discipline matrix for a suspendable offense."

He suggested "changing the codes" -- all, in his words, "to keep the school out of a possible OCR complaint."

OCR is the U.S. Department of Education's Office for Civil Rights.

NewsChannel 5 Investigates noted, "Instead of saying these students should not have been suspended, the email says: change the code."

"Change the data, which is what they mean when they say 'change the code.' Change what really happened to try to say something different happened."

Curtis' email, he says, was a poor choice of words.

"This isn't a "I'm denying that looks bad." I'm saying it does look bad, I'm telling you it was a mistake," Majors told NewsChannel 5 Investigates.

"When it's the appearance that you are coaching for a code to justify a consequence, I think that's inappropriate."

Majors said the discipline director was looking at what had happened with the student and suggesting a code that better fit the offense.

But another Metro Schools official saw the same email and expressed concern that "changing codes to a MORE severe infraction after the fact -- to cover up the fact that you suspended a kid for an infraction you shouldn't have suspended him for -- isn't the answer."

"When this first came to my attention, I immediately met with my Discipline Review Board members and explained to them, you will not coach," he added. "You will look for accuracy and you will seek to maintain equity, but you can't coach because what we don't want to do is find ways to remove kids."

But Woods worries that it's a symptom of how the school bureaucracy views the problems with racial discrimination.

"They are willing to change data so they can try to claim it doesn't happen. That's not the way decent, good people ought to be running the school system."

Still, Tony Majors said that he been preaching for years that you can't teach kids if they aren't in school, that the schools need to deal with the root causes of discipline issues instead of just kicking students out.

He added that, as a result of the controversy stirred up by these emails, he's now made it clear to the people who work for him that... this isn't the way to do that.