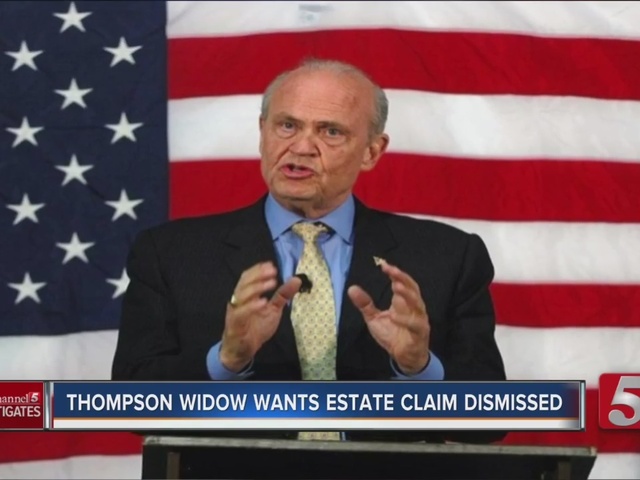 The widow of Fred Thompson has asked a court to dismiss a claim filed against his estate by his two adult sons. 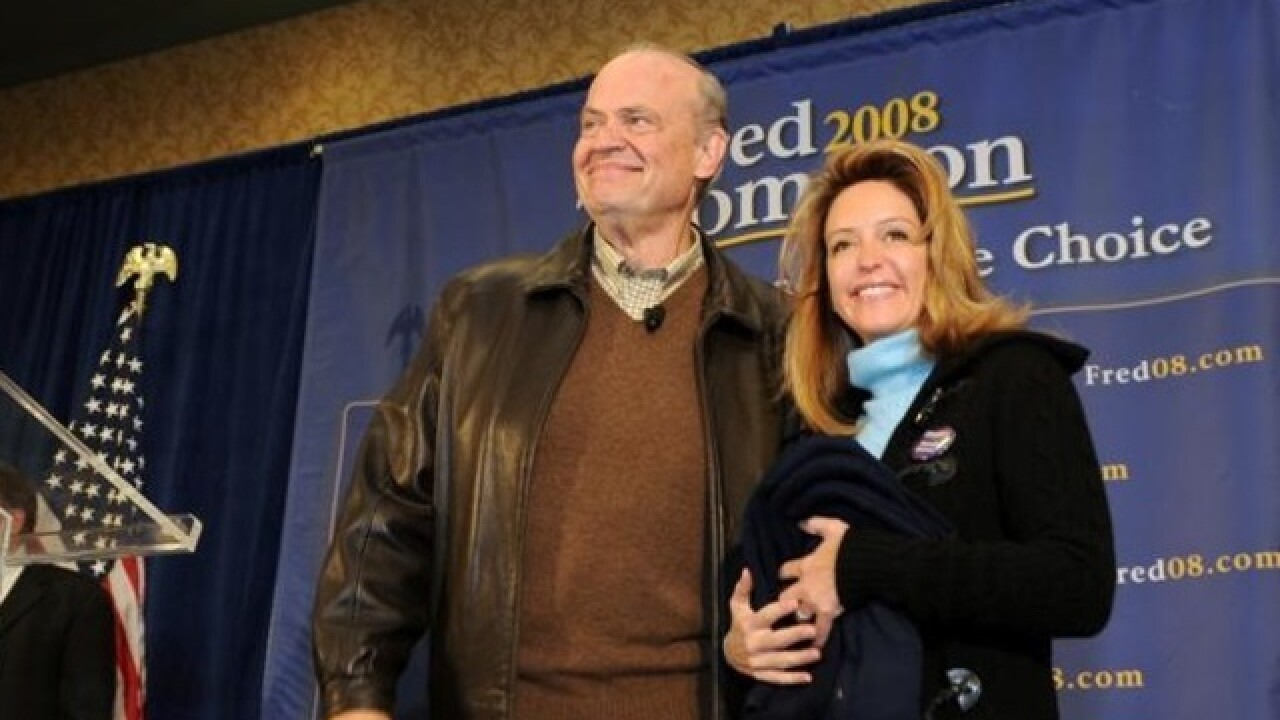 The widow of former U.S. Senator Fred Thompson has asked a court to dismiss a claim filed against his estate by his two adult sons, saying their allegations of misconduct are a "gross misrepresentation."

Attorneys for Jeri Thompson filed the motion for summary judgment late Friday, insisting that she never "conspired" with a prominent Nashville law firm to reconfigure the former senator's estate.

"No such conspiracy took place," the motion declares. "Senator Thompson made no changes to his estate planning documents prior to his death."

It says that Jeri Thompson, as executor of her husband's estate, "made but one change -- a change to a contingent beneficiary designation on two term life insurance policies.

"That change had no effect on the rights of Plaintiffs, because they were not primary or contingent beneficiaries of the policies, either before or after the change."

The lawsuit accuses her of exercising "undue influence" in a flurry of last-minute changes to the estate.

Their suspicions appear to have been aroused by a bill showing $40,000 in legal work done on behalf of Thompson's estate in the month before his death.

In the latest filing, Jeri Thompson said that the only change was to add their youngest son, Samuel, as a 50 percent contingent beneficiary along with his sister, Hayden.

Jeri Thompson was and remained the 100 percent primary beneficiary on the policies, the motion says.

As a result, she "received 100 percent of the net death benefit of the policies -- just as she would have if the change never had been made," the motion states.

"Plaintiffs cannot show that they incurred any harm or loss that was cause by any action of Executor."

The motion includes copies of insurance documents showing those changes -- changes that, according to the lawsuit filed by the two adult sons, Jeri Thompson had previously been unwilling to share.