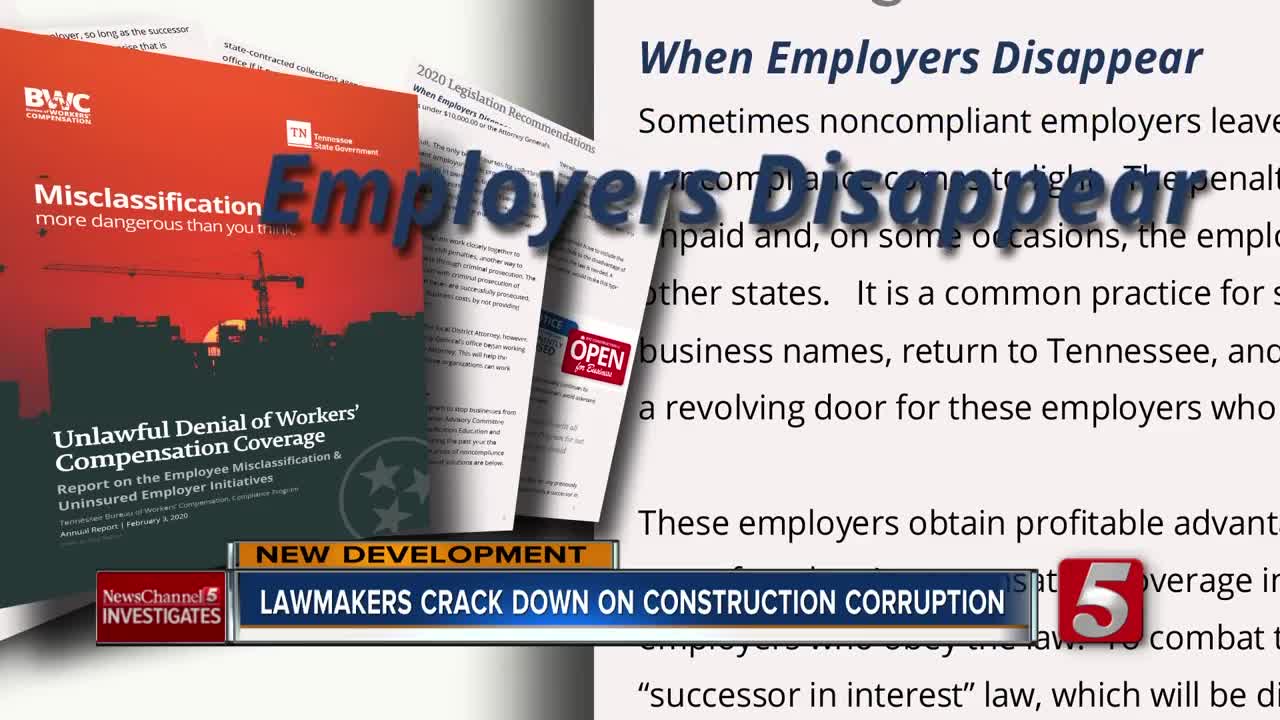 Following a NewsChannel 5 investigation which showed dishonest construction industry employers cheating the system, the governor and lawmakers propose bills to attack the problem. 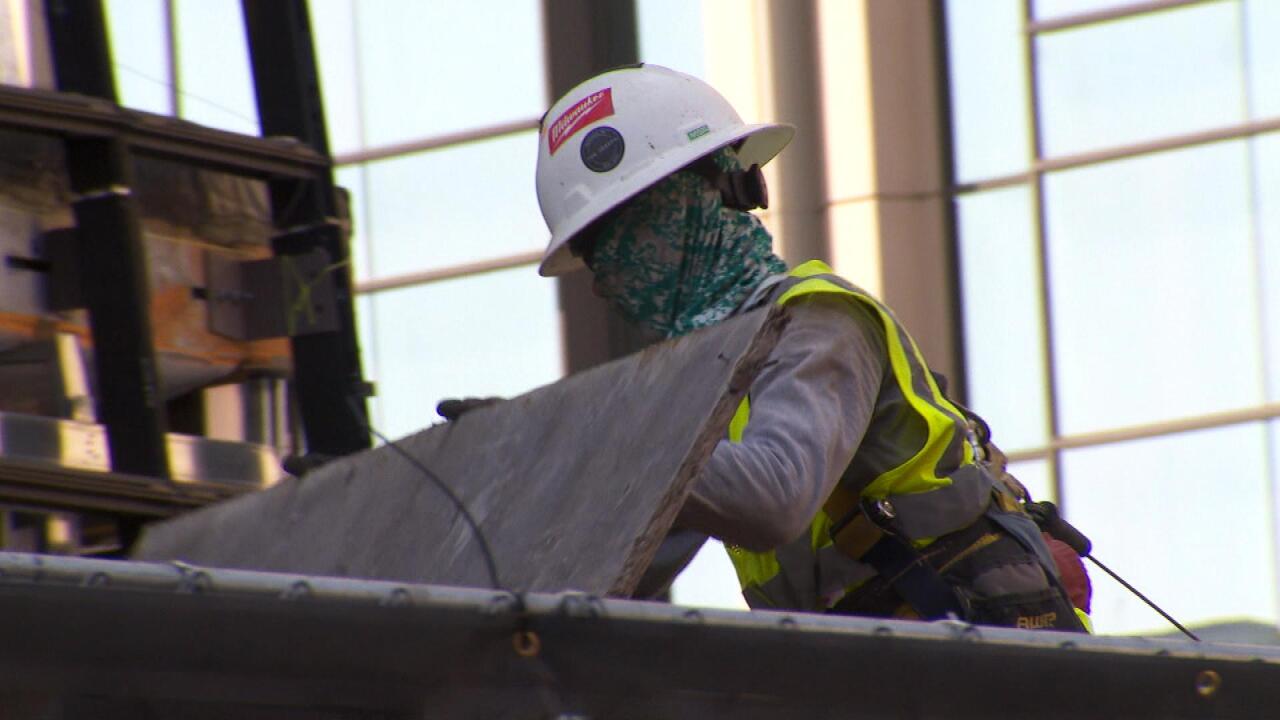 NASHVILLE, Tenn. (WTVF) — The state is looking to crack down on dishonest employers in the construction industry.

Governor Bill Lee has proposed a bill (SB 2189) that would penalize employers who misclassify workers as independent contractors to avoid paying workers compensation insurance and then change their company name in order to avoid paying fines after they are caught.

Senator Sara Kyle (D - Memphis) has proposed a bill (SB 2404) that would shut down construction sites when employers do not immediately cooperate with state investigators.

The bills follow a NewsChannel 5 investigation which showed the dark side of Nashville's building boom.

Some employers cheat workers out of overtime pay and cheat taxpayers out of millions of dollars by not paying for workers' compensation insurance.

"The dishonest ones, we need to run out of the state of Tennessee," Senator Kyle said.

Governor Lee's proposal is sponsored by the Republican leaders of the House and Senate.

"We're thrilled," said Victor White with the Carpenter's Union. "It's a pure pleasure to see this isn't partisan. The bills are being submitted from both sides of the aisle."

White has blamed labor brokers for the growing problems at Nashville construction sites.

Labor brokers are used by contractors to find workers when labor is scarce, like it is now during Nashville's building boom.

They often bring in workers from out of state to work on construction projects.

We spoke to a worker last year who said he was hired by a labor broker to hang drywall at the Joseph Hotel site downtown.

"We don't stand up for overtime because if we do we are all going to be fired," the worker told NewsChannel 5 Investigates.

We spoke to him through an interpreter and hid his identity so he would not lose this job.

He said he worked Monday through Saturday, 56 hours a week.

"We were told to write down and say that we work only forty hours a week," the worker said.

He said he and others provided documents to the labor broker which showed they are in the country legally, but he said the documents were not examined closely.

A report to lawmakers from the Tennessee Bureau of Workers' Compensation cited our investigation.

It stated "employee misclassification," which is when employers falsely claim workers are independent contractors, and then do not pay their workers' compensation insurance, is a growing problem.

The report detailed how labor brokers often change their company names after they are caught.

As a result many fines go uncollected.

In fact, the state assessed more than $4.5 million in fines last year, but collected only $1.8 million.

"We should get to the point where they can't even open a new business if they are repeat offenders," White said.

The state report claimed "Many employers do not provide information" even when state investigators ask for it.

If they do not, investigators could shut down the whole project.

Governor Lee's bill would make it easier to go after labor brokers who are repeat offenders.

Fines would follow them even after they change their company name.

"These bills do no harm to anybody but a lawbreaker. That's it," White said.

White said bad contractors have ripped off workers and taxpayers for years.

He praised our past reports.

"You've done an outstanding job bringing awareness and shinning a light on this. Anytime you shine a light on corruption things start happening," White said.