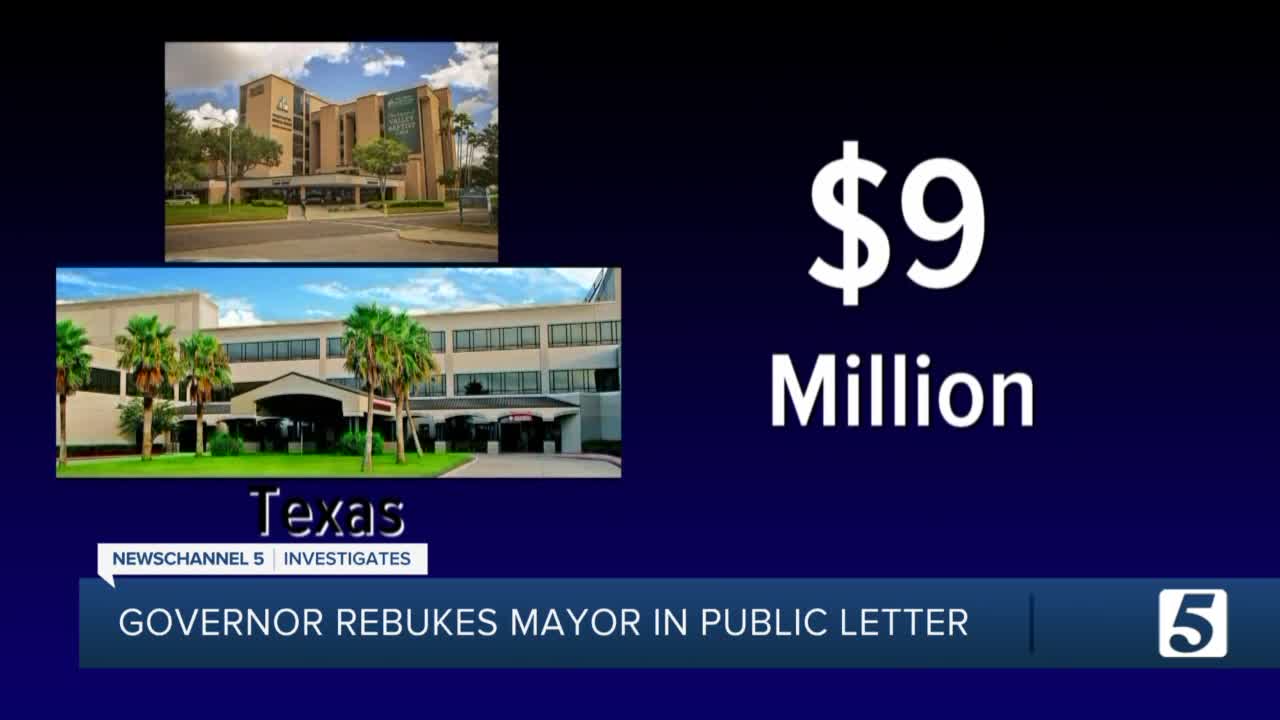 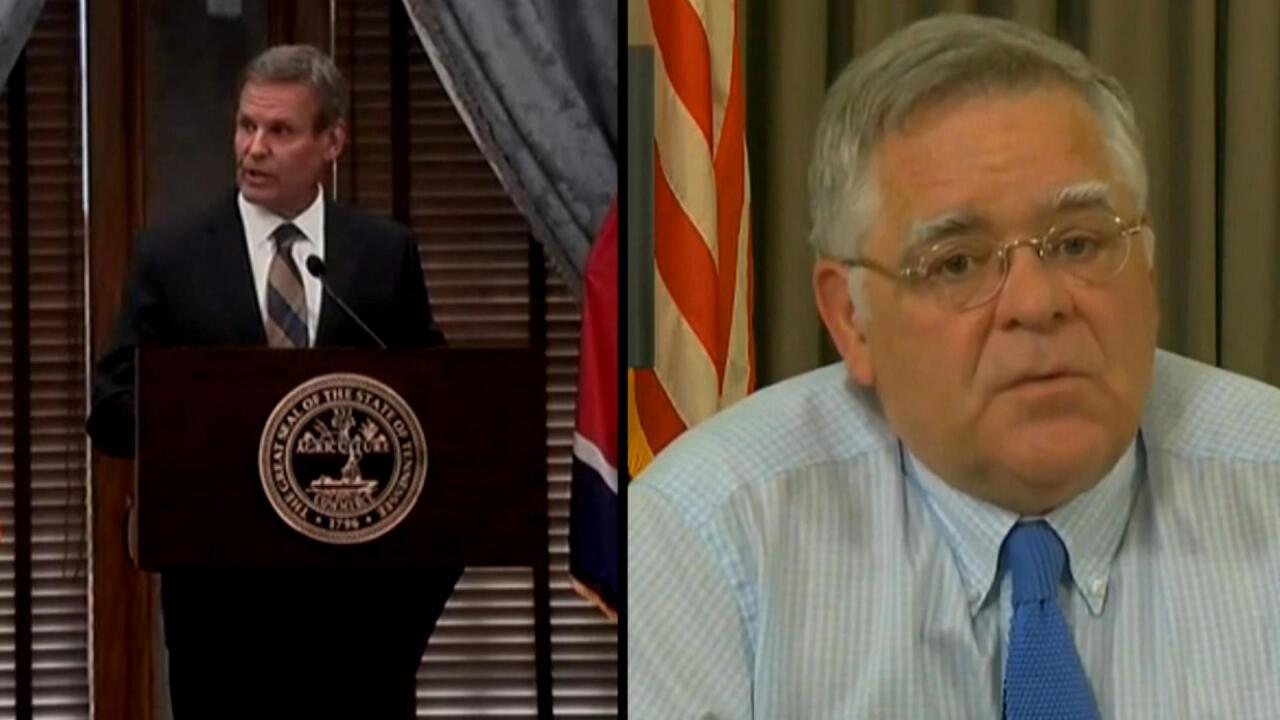 The public rebuke came after Mayor John Cooper requested the state share more of the federal COVID-19 aid money it received under the CARES Act.

The letter shows tension between the Governor and Mayor over how to spend relief money.

Gov. Lee says it's time to lift Metro COVID-19 restrictions; 'We need Nashville to open up'

After Mayor John Cooper requested $82 million from Tennessee's Coronavirus Relief Fund, Governor Lee responded by stating Nashville has already benefited from $2.5 billion in coronavirus relief money which he said comes to $3,745 per Davidson County resident…more than any other county.

But an examination of some the Governor's numbers reveals he made some misleading claims about how much aid has actually benefited Davidson County.

Councilman-At-Large Bob Mendes agreed with a NewsChannel 5 Investigates assessment that the Governor's numbers were inflated.

"The number is overblown about what is claimed to be for the benefit of Nashville residents," Mendes said.

In his letter, Governor Lee said Davidson County benefited from things like $290 million in "provider relief" funds, which is money the U.S. Department of Health and Human Services distributed directly to health care workers on the front lines.

But some of that money the governor claimed benefited Nashville actually went to hospitals in other counties, and even other states.

For example, $8.2 million went to Lovelace Health System in New Mexico, $9 million went to two hospitals in Texas and $5.4 million was paid to Northcrest Medical Center in Springfield, Tennessee, but all were credited to Davidson County because they are owned by Nashville-based Corporations.

"You have to take into account we're a regional health care center, so that definitely is not just for the people of Davidson County, that covers the entire region," Mendes said.

Another $1.3 billion, which is half of all the aid referenced in Governor Lee's letter, was paid by the U.S. Small Business Administration directly to Nashville companies under the federal Paycheck Protection Program.

Many of the businesses that received PPP money operate regionally and nationally, and some are listed under Davidson County because they list a corporate address in Nashville.

For example, a Nashville holding company that operates Churches Fried Chicken Franchises in California, Arizona and Texas received between $5 and $10 million dollars to cover employee paychecks.

And Nashville-based O'Charley's Restaurants got the same to cover paychecks for employees at its 200 restaurants across the South.

"So to claim that's all the benefit of Nashville that's just flat wrong," Mendes said.

The letter also highlights a growing disagreement over how to handle the coronavirus.

The Governor chided Cooper for forcing businesses to endure "some of the most restrictive limitations on the commercial activity as well as a recently enacted property tax increase."

He stated his administration sought to find a more "appropriate balance and make decisions based on data."

Mayor Cooper responded to the letter in an interview with NewsChannel 5 Investigates last week.

"We have helped the state so much by the city's controlled response," Mayor Cooper said.

NewsChannel 5 Investigates asked, "Are you frustrated the Governor sent a letter saying Nashville's restrictions seem out of balance?"

"Well I don't agree with that because I can show the progress we've made," Cooper said.

Cooper said if Nashville had not gotten the coronavirus with under control with restrictions on certain businesses and a mask mandate, it would impact the state's overall budget.

"We got the job done for the state, so, instead of being criticized for this, we should be thanked," Cooper said.

He wrote, "I must share my deep concern that of the $93 million in Coronavirus Relief Fund dollars spent to date by your administration, only $5.7 million has been budgeted for relief to businesses."

He concluded his letter by stating Nashville should put all its remaining Coronavirus Relief money, $27 million, toward small businesses.

Mendes said Nashville's approach has been more people-oriented like helping to pay rent and buy food.

"We are taking care of the people of Davidson County and I am proud of the way that money has been spent," Mendes said.

But many say it's odd that instead of sitting down and talking, the Mayor and Governor are battling via public letters.

"I'm not in a position to say whose fault it is. It's like when your kids are fighting in the back of the house, they both point the finger at each other, and we just want them to get along," Mendes said.

The vast majority, 95%, of all the money the governor claims benefited Metro was actually spent by state and federal agencies, leaving a small percentage of discretionary money for Metro to distribute.

The governor's spokesperson sent the following statement when questioned about the letter:

“As the letter states, the governor believes that Metro government has already received sufficient funding that, if properly managed, can address its needs and provide relief to businesses negatively impacted by local restrictions.”