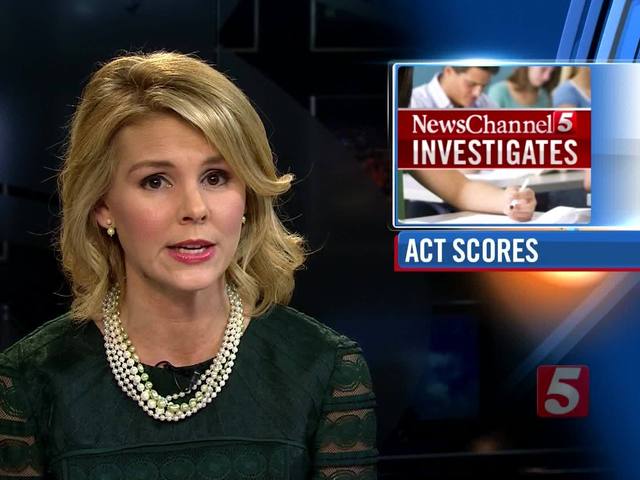 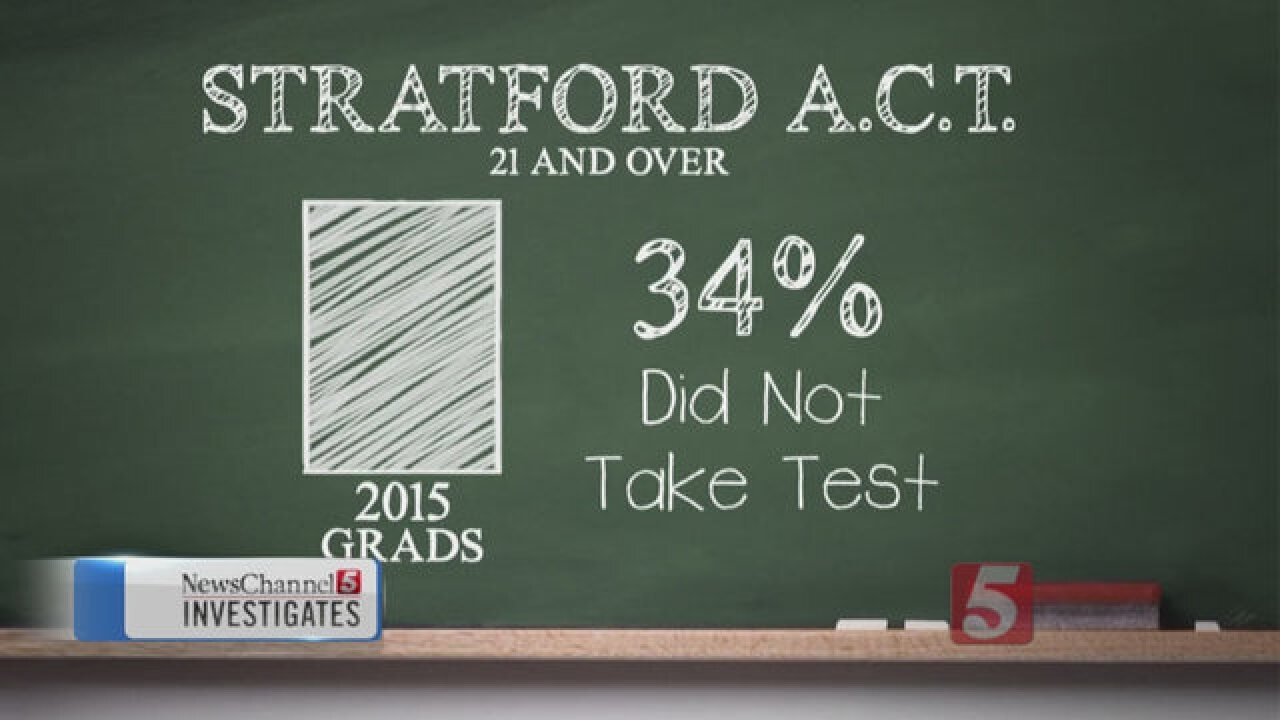 Among the questions: who's really taking the tests?

That comes as state lawmakers prepare to hold hearings on the district's testing practices.

In Tennessee, every 11th grader is supposed to take the ACT.

Over the last three years, Metro has claimed solid gains on the ACT tests.

But district-wide, just 87 percent of last year's graduates took the test at any point before graduation, according to state and Metro statistics.

These are the ACT participation numbers produced by Metro Schools two weeks ago, confirming my own research pic.twitter.com/TLZCfLMSTX

A prime example of the issue is at Stratford High School in East Nashville.

Stratford has drawn high praise for its efforts to make school not seem so much like work. The goal: to create an environment that educational and engaging.

The results, according to Principal Mike Steele, are that "our ACT score and the number of students going to college, applying and being qualified to go to college, is up drastically."

Those gains have earned Steele a national award for science and math education. And the school system says he's now in line for a $5,000 bonus -- largely due to gains in the school's ACT test scores.

But what we discovered -- evidence that Stratford isn't testing all of its students -- has one state lawmaker questioning whether the school's gains are really what they seem.

"No, he doesn't deserve a bonus," said Rep. Rick Womick, R-Rockvale. "You have a problem, and to tell me you are going to be rewarded as a principal with a financial bonus. That's not right. There's no way."

But then, "assistant principals were told they did not have to test all juniors," said whistleblower Kelly Brown.

Brown was a guidance counselor at Pearl-Cohn High School. At her school, she says, the decision was made to test all juniors, but not testing -- despite the state requirements -- was held out as an option.

"That was something that all Metro high schools the principals were given and some principals chose to test all their juniors and some decided they were only going to test whatever group they felt like they needed to test," she added.

Other Metro teachers at other schools tell a similar story.

But the district emphatically denies that any such instructions were even given.

Still, an analysis prepared by district officials acknowledges that "struggling or absent students take the ACT in the 12th grade."

"All students have to take the ACT exam in your junior year," Womick said. "And for you as a school as a whole to set up a policy to say, oh, they have to take it by your senior year is in direct violation and contradicts what you have to do by state law."

While we don't know exactly what happened at Stratford, we do know that the percentage of students scoring at least a 21 on the test went from 8.8 percent the year the ACT push began to more than 17 percent last year.

And while that looks good, we discovered that Stratford went from all students taking the ACT by the time they graduated in 2013 to the next year, when 15 percent of the grads skipped the test.

And by last year, we discovered, the school's improved ACT scores did not include a third of the graduates.

That's the worst participation rate in the district.

These are last-minute numbers produced to suggest problem really wasn't so bad; not an apples-to-apples comparison pic.twitter.com/aYvPQHuEjG

"You have to have a full picture of everybody, every student at that school and how they are performing," Womick said. "We only have a picture of two-thirds of them."

Metro Schools officials blamed inclement weather that disrupted the district's testing plans for juniors in 2014, forcing some schools to reschedule the test for a teacher in-service day.

At Stratford, just 43 percent of students took the ACT on that date. Metro says the rest were given vouchers to take the test later.

But Antioch still managed to test almost 68 percent of its juniors that same day.

And 78 percent of all juniors at Pearl-Cohn tested that day.

Womick said, "That leads me to believe, without a shadow of a doubt, there's gamesmanship going on, there's manipulation of the testing."

While the numbers showing a dramatic decline in the percentage of students taking the ACT at Stratford were confirmed two weeks ago by Metro Schools, they gave NewsChannel 5 a whole new set of numbers late Wednesday that they claim show the amount of testing is actually up.

NewsChannel 5 Investigates doesn't have access to student data to be able to determine which numbers are accurate.

A district spokesperson indicated that her office would be providing a formal statement to include with the story, but that never happened.