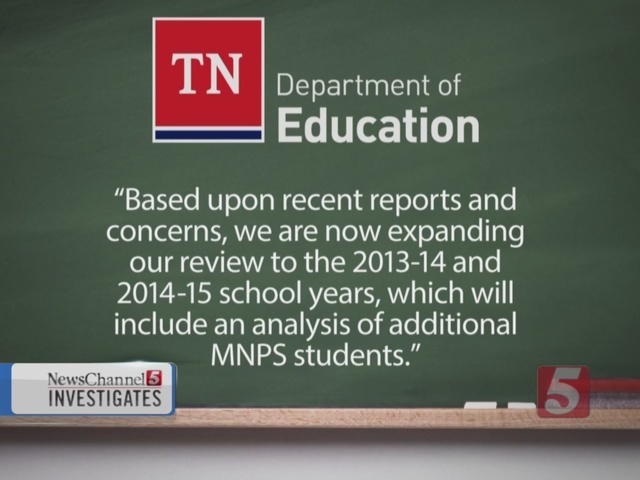 The Department of Education has opened a review to find out if some struggling high schools gamed the system. 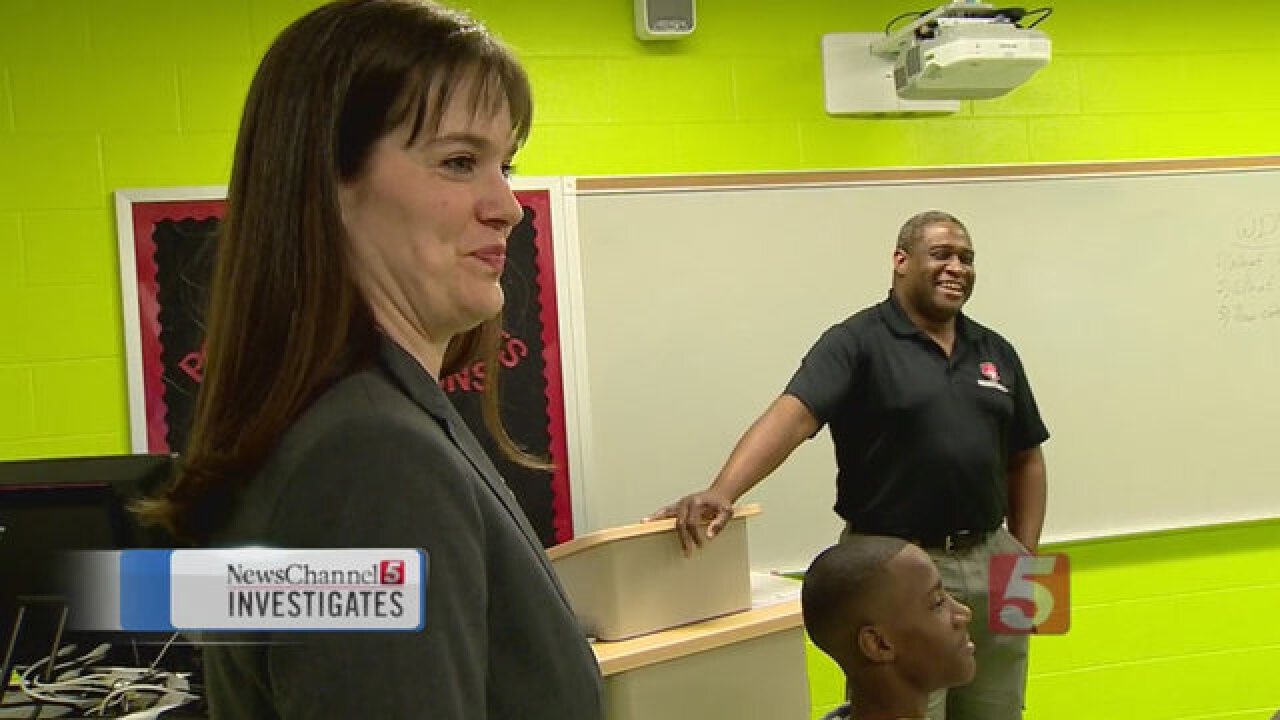 The Tennessee Department of Education has now opened a review to find out if some of Metro Nashville's struggling high schools may have gamed the system to make their test scores look better.

That follows questions raised by an exclusive NewsChannel 5 investigation.

The review focuses on certain key high school courses -- courses that, by state law, conclude with End-of-Course exams. Those exams are used not only to judge what the students have learned, but they're also used to judge how well the schools themselves are performing.

"Based upon recent reports and concerns, we are now expanding our review to the 2013-14 and 2014-15 school years, which will include an analysis of additional MNPS students," said department spokesperson Ashley Ball.

Two Metro Schools employees recently told NewsChannel 5 Investigates that, inside some schools, some of the lowest-performing students have been pulled from classes with those End-of-Course exams because of fears about how they might affect the schools' scores.

State Rep. Rick Womick, R-Rockvale, had tried to get the Department to investigate earlier this year after the whistleblowers came to him.

"They didn't do it," Womick said recently. "They dropped it and let it go, swept it under the rug, covered it up and decided they were not going to do the investigation. So I've been waiting all summer on this report ,and they never did it."

The department spokesperson acknowledged that officials had reviewed allegations raised by one of those whistleblowers, Kelly Brown, but they closed the file without taking any action because her evidence wasn't conclusive in proving that rules had been broken.

In fact, NewsChannel 5 obtained an email from the Department's internal auditor, admitting that -- at the time -- they "did not deem this serious enough to warrant a further audit or review."

Brown told NewsChannel 5 Investigates that she wasn't thinking that she needed to bring them all the evidence, that she was just trying to point them in the right direction.

Still, as a result of these questions, spokesperson Ashley Ball said that the department wants to get to the bottom of Metro's testing policies and the consequences for the students.

"It is our expectation that all students earning a regular diploma will earn EOC credit and take the EOC exam prior to graduation," Ball said. "We are working the State Board of Education to review state policy to determine if revisions are appropriate to provide clarity on this issue and ensure our expectations are met."

Meanwhile, Metro Schools officials are continuing their own internal review.

In addition, the internal auditor for Metro government told NewsChannel 5 Investigates that he has also received about a dozen complaints about possible academic fraud through the hotline operated by his office.

He said those leads have been forwarded to Metro Schools.