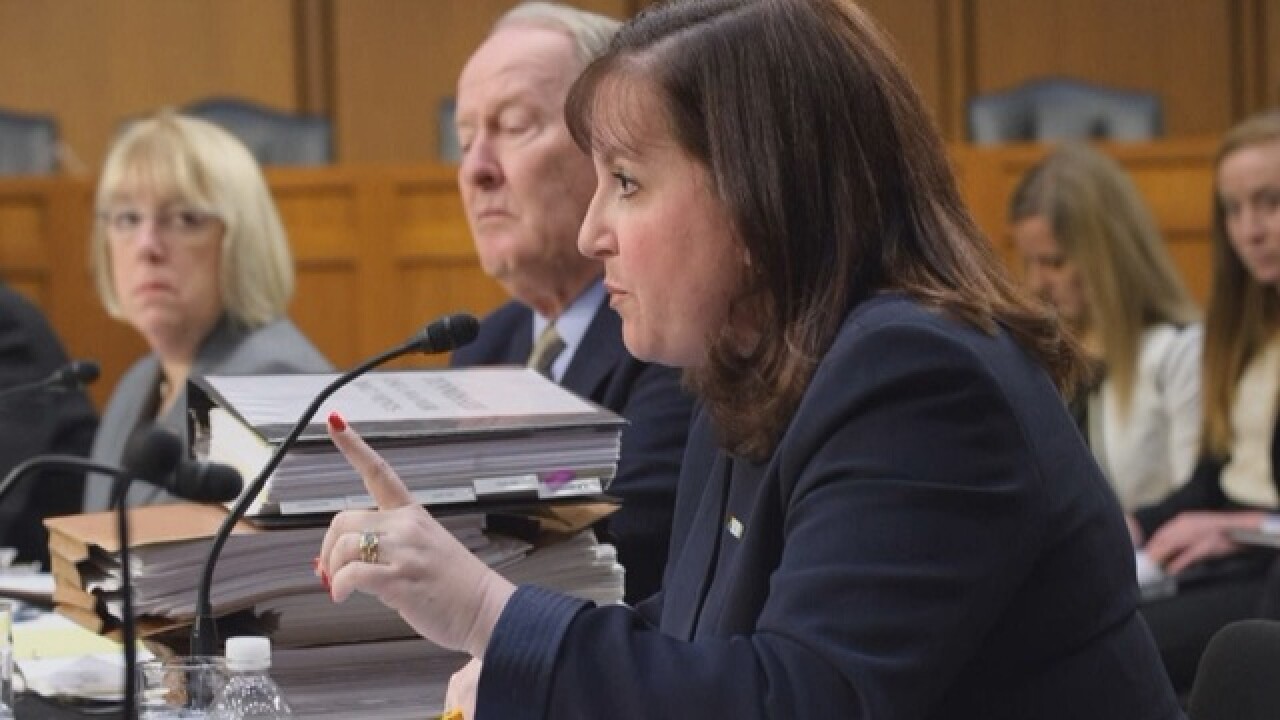 A prominent Metro Schools principal has slammed an internal review of the district's testing practices, calling it "inaccurate" and "misleading."

Susan Kessler, principal of Hunters Lane High School, criticized the review for not reflecting the role of higher-ups in the decision to move failing students out of classes with End-of-Course exams.

Those EOC exams are used to judge the performance of the schools and the district.

"There ... does not seem to be any shared responsibility with the Department of Leadership and Learning who encouraged schools to move failing students out of EOC courses," Kessler wrote in a response to a draft version of the internal review.

The final report, released the next day after Kessler's memo with no apparent changes, found no evidence of a district-wide effort to manipulate standardized test scores.

But it cited suspicious patterns -- what it called "outliers" -- at Hunters Lane.

It noted "an unusually high number" of students who were moved out of Algebra II and English III shortly before those EOC exams. Students were moved from traditional classes and put into "credit recovery" to study the subjects on a computer.

In her response, Kessler pointed to a February 2014 email from Aimee Wyatt, the executive lead principal over Metro high schools, in which principals were encouraged to pull students out of EOC classes if they had failed the fall semester.

Curiously, Kessler notes that Wyatt had first sent another email, directing principals not to respond to the forthcoming directive in writing.

"Sorry to be cryptic, but it's one of those things that is better discussed than sent in an email," Wyatt wrote.

As a result, Kessler said she spoke directly with Chief Academic Officer Jay Steele about students who had passed the first semester, but were failing the second semester.

"The chief academic officer approved for kids to be moved in February 2014 even though they passed the 1st semester because the 2nd semester content was so difficult for them that they were failing miserably," Kessler insisted.

"Leaving them in that class all semester long perpetuates the myth that school is not for them and that is the wrong message academically and does nothing to address the issues of social emotional learning or deep deprivation in their education that is caused by poverty."

She also included a transcript of a November 2015 phone call with Steele regarding the internal review being led by MNPS Chief Operating Officer Fred Carr.

"I told Fred this is an individual principal decision, and I support that," Steele supposedly said. "They know the instructional needs of their children, not me."

He's also quoted as saying: "I said, so even if this practice shows that 27 kids were pulled out that passed the first semester, that is up to the principal. That is not illegal and there is no policy violation here -- that I'm aware of."

Kessler also provided district officials with copies of emails from 2010 where she asked Steele for permission to pull students who were failing Algebra IB for the third quarter.

Steele replied: "I support this decision if it works out with the schedule."

That email was copied to Fred Carr and MNPS research director Paul Changas, the two men responsible for the recently released internal review.

In a later email, Kessler notified Steele that her teachers had identified more than 41 students who were failing and unlikely to pass the critical EOC exam.

"There is no way to move 41+ without raising a red flag," Steele replied. "I would target the students who are predicted to score the lowest with no chance of passing the course."

Kessler later asked, "Stick with under 10?"

Metro Schools stands by the process and findings of its Internal Review, specifically the conclusion that there was no evidence of systemic “gamesmanship” where students were being moved out of classes to avoid end-of-course (EOC) exams in order to inflate school performance data. This conclusion is based on an extensive review of large volumes of data. The number of incidents identified where students were moved out of courses was extremely small at most schools. Even at the school that had the most, the numbers were not large enough to have a substantial impact on school-level academic performance data, and certainly not district-level performance data.

Based on email records, the principal at Hunters Lane High School was given authorization by district staff in 2010 to move nine failing students out of an Algebra course during the spring semester that year. However, nothing in the email communication constitutes blanket permission for the principal to use that as an intervention strategy going forward. Those involved in the Internal Review process as well as the principal’s supervisor did not find the emails from six years ago to be relevant to the situations from the 2013-14 school year that were uncovered during the review process. As you know, as a result of the Internal Review, we have revised the district’s course re-take policy to give greater guidance to principals, counselors and teachers on the best educational practices to help struggling students.

Still, in her rebuttal, Kessler questioned the district's focus on Hunters Lane.

"Of the five largest high schools, Hunters Lane is the only one that draws all of its students from priority or review schools."

That, she said, "shows that Hunters Lane has more work and deeper remediation required than the other large zoned schools."

"Rather than be congratulated for the significant impact Hunters Lane has, this report creates an illusion that we have done something wrong, which is false and disheartening."