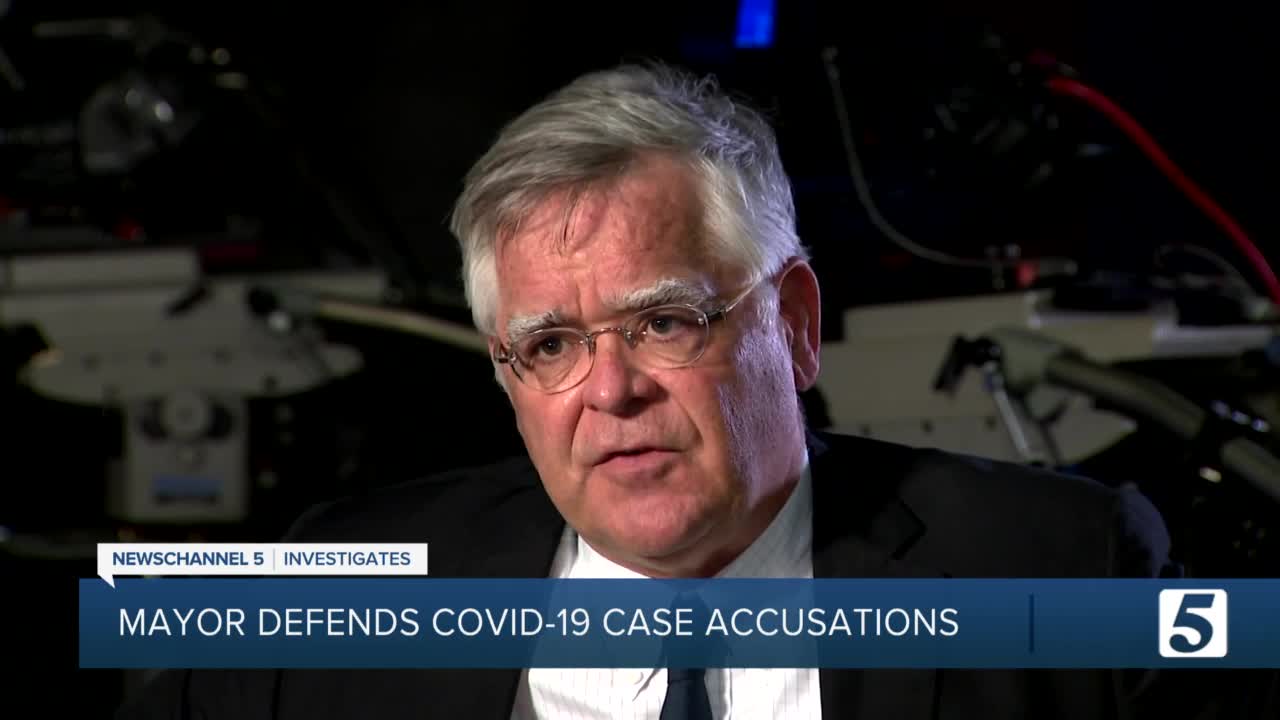 Mayor John Cooper pushed back on a false story that went viral about his administration's handling of the Coronavirus. 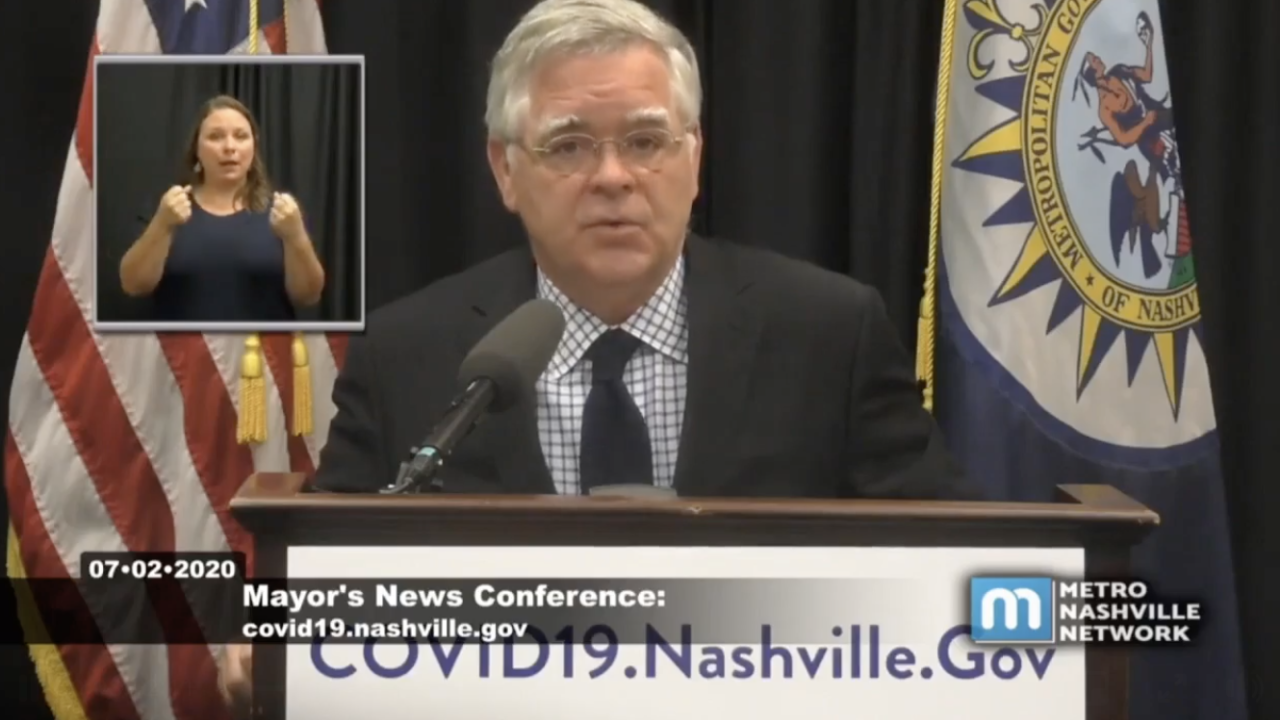 The report claimed his administration intentionally hid critical information about the number of COVID-19 cases at bars and restaurants in order to keep them closed.

But that is not accurate.

The numbers were released during a live news conference on July 2 and detailed in an article in the Tennessee Lookout in early August.

The mayor sat down for an interview to clear up any misinformation being circulated.

Mayor Cooper said, "No. No, and at the time we were very transparent."

But critics seized on select emails that showed the mayor's office questioning whether the numbers should be shared with the public.

"People are not always perfect in e-mails," Mayor Cooper said.

"You can go back through people's e-mails. There's one that says 'not for public consumption.' I think that's a staff member saying it is not going to be in a press release," Mayor Cooper said.

Several national news outlets picked up on the initial inaccurate report. It was even re-tweeted by Donald Trump Junior.

"The fact there is a political messaging machine that likes to double down on mayors and Democrats. That's part of 2020. But it doesn't mean it's not a manufactured story," Cooper said.

Conservative commentators like Tucker Carlson on Fox News called on the Nashville Mayor to resign.

NewsChannel 5 Investigates talked about the calls with Cooper."

Cooper said, "Oh impeachment. Tucker Carlson, impeachment. I want to invite him to have dinner with me. He thinks Nashville is not open. He should come down here, bring a mask. We know locally it's not true."

But what is true is there was - and still is - major concern from downtown business owners who think Cooper's COVID-19 restrictions are too tough and could force them out of business.

Bar owners want to know why they've been targeted when so many more cases have been tied to places like construction sites and nursing homes.

"Given the crisis that existed, the question always is have we been tough enough. We went from phase 2 to phase 3 and then boom, we weren't ready for it. Our disease spiked here," Cooper said.

He said Nashville had up to 600 new cases per day back in July and one of the highest infection rates in the country.

"You know who really wanted us to close the bars? Staff," Cooper said.

He said while he is slowly reopening bars and restaurants, he is always looking at the numbers and may have to shut things down again.

He insisted bad press will not change his approach.

"It's the national media that's projecting a story that's really not true. Welcome to 2020," Cooper said.

In addition to the interview, Mayor Cooper's office also released a statement, which can be read in full below:

"Following an exchange of emails dating June 29th, 2020 between the Mayor’s office and Metro Public Health in which our administration gathered information about the sources of COVID-19 spread in Davidson County, the number of cases and clusters linked to Nashville bars was shared with media in response to a question during a press conference on July 2nd, 2020. FOX17 Nashville was at this press conference.

Among others, The Tennessean and NewsChannel 5’s Phil Williams have fact-checked and debunked the allegations within FOX17’s September 16th report. Mayor Cooper calls on the station’s general manager, Noreen Parker, and the reporter, Dennis Ferrier, to apologize to all Nashvillians for misleading the city and eroding public trust through negligent reporting.”