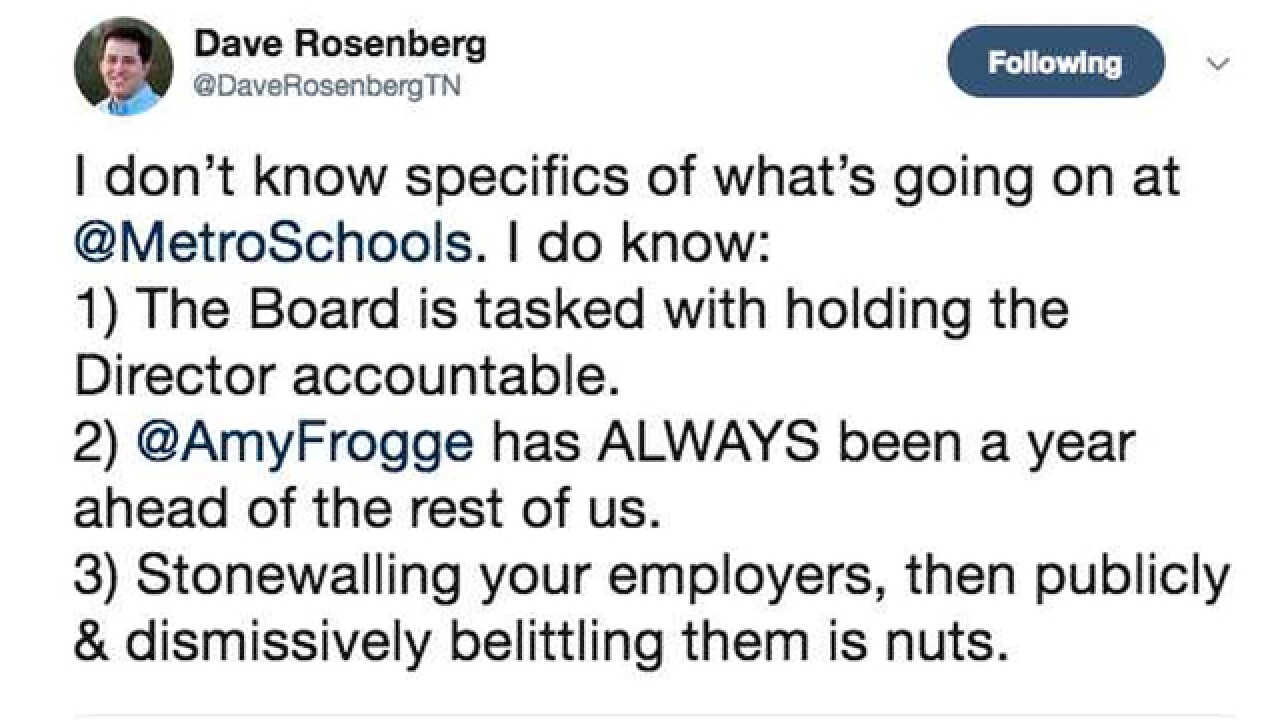 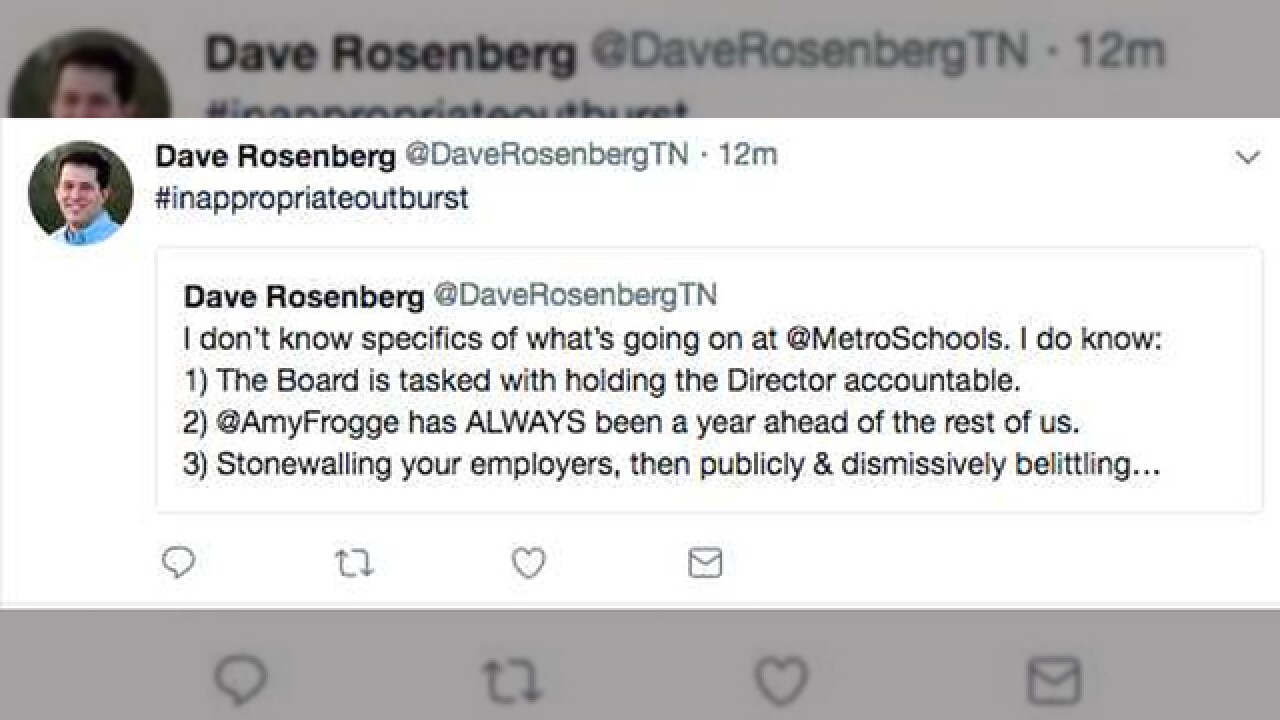 It followed a heated meeting the night before in which Joseph chastised two School Board members, Amy Frogge and Jill Speering, for publicly questioning contracts awarded during his administration.

Education committee chair Dave Rosenberg began his tweet by saying he didn't know the specifics about the Metro Schools contracts.

But, Rosenberg added, "the Board is tasked with holding the Director accountable."

"Stonewalling your employers, then publicly & dismissively belittling them is nuts," he said.

Rosenberg also noted that Frogge "has ALWAYS been a year ahead of the rest of us."

He later added the hashtag: #inappropriateoutburst.

During the Monday night meeting, Frogge and Speer called for an investigation into how Metro Schools spent millions of dollars in taxpayer money.

They cited specific examples raised by NewsChannel 5 Investigates, as well as other examples they've heard from their constituents.

During parts of their statements, Joseph could be seen rolling his eyes, shaking his head and smirking.

He later reprimanded Frogge and Speering for making comments that "disgraces the great work we have been doing."

"When we start calling people out and questioning their credentials and things of that nature, you put this board where they will be sued for your inappropriate outbursts," Joseph argued.

Frogge responded, "That's a real problem when there is a suggestion that there may be a lawsuit when I am actually doing my job."

"No," Joseph interrupted, "it's a lawsuit when you are inappropriately pointing people out and making comments that are not appropriate."

Frogge's response: "I am doing my job."

Their heated exchange continued during a break, captured from an open microphone.

"You're lecturing me, and I don't work for you," Frogge told the Metro Schools director. "You're telling me what to say and what not to say."

Joseph responded that he recognized it was Frogge's job to look over his shoulders.

"What I am questioning," he added, "is when you start talking about giving contracts to friends and this-and-that. I don't know these people."

Joseph continued, "It is inappropriate to go on the Board floor and talk about potential friends."

Frogge told him that she was "really disappointed -- and I do not have any trust now."

Joseph insisted he was just trying to do what was best for the children of Nashville.

"One thing I never do: I don't do anything illegal with money," he insisted.