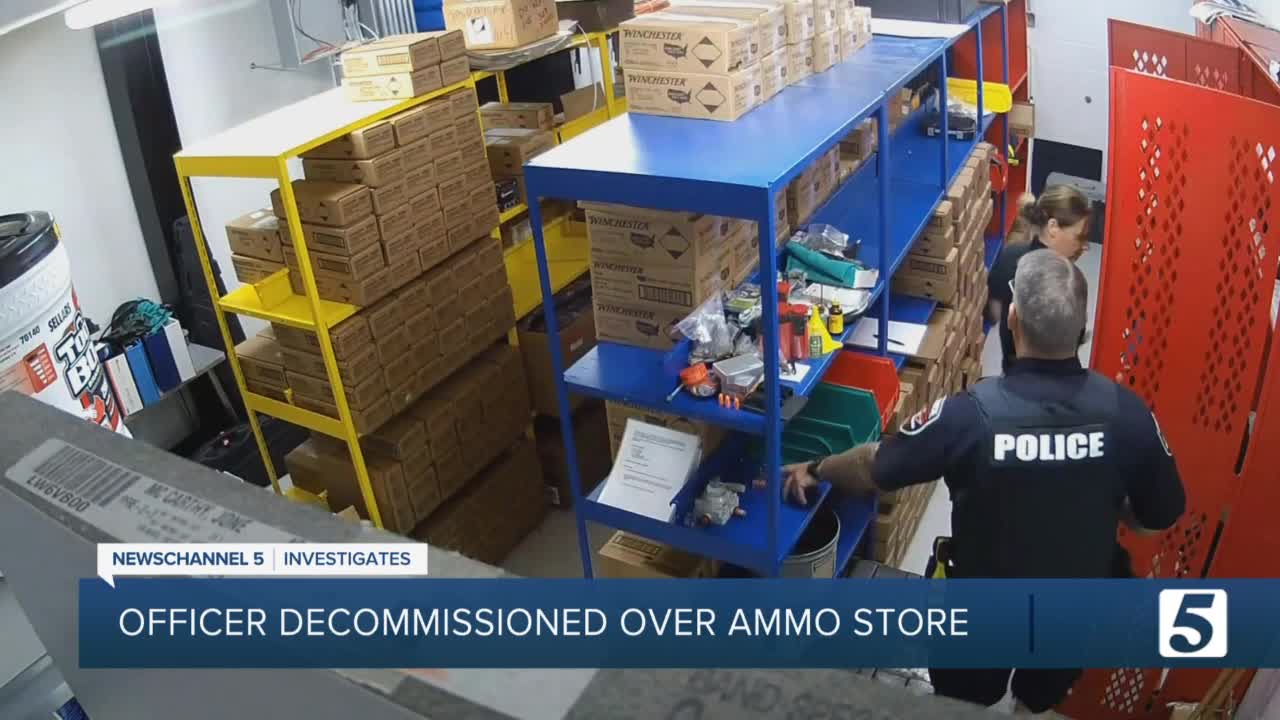 A Murfreesboro Police Officer, who works as a firearms instructor of the department, has been decommissioned amid an internal investigation. 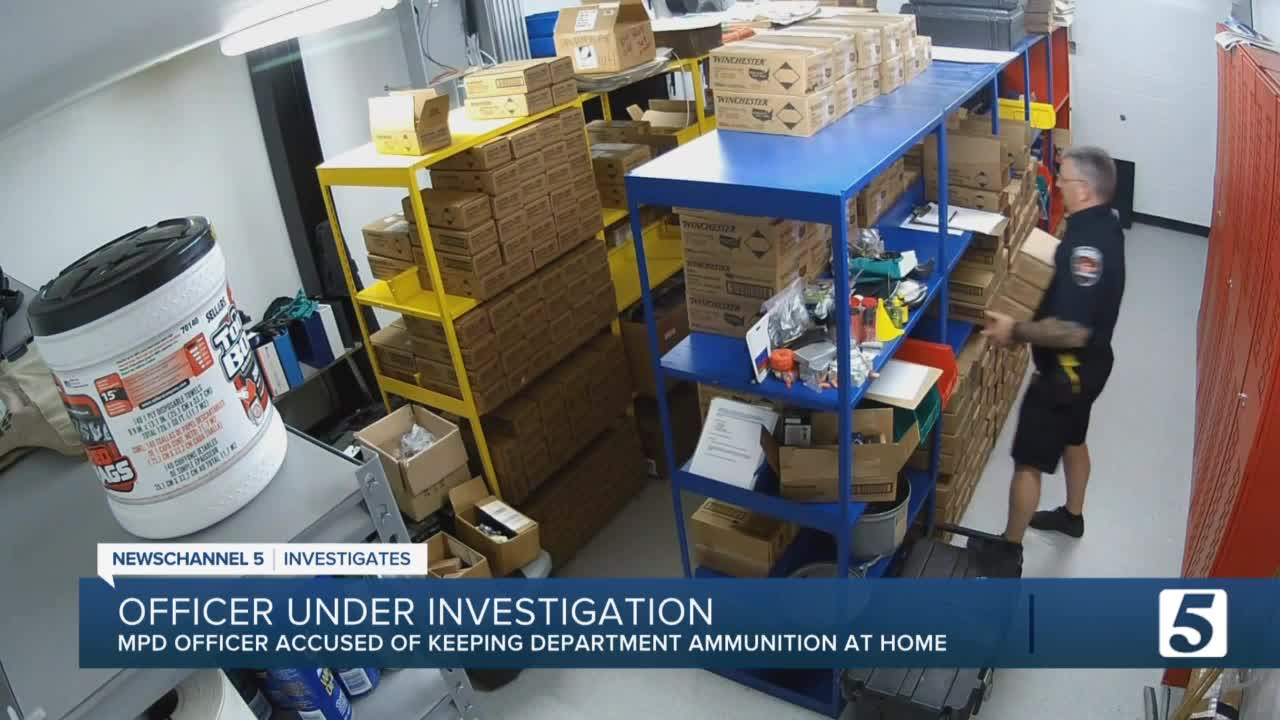 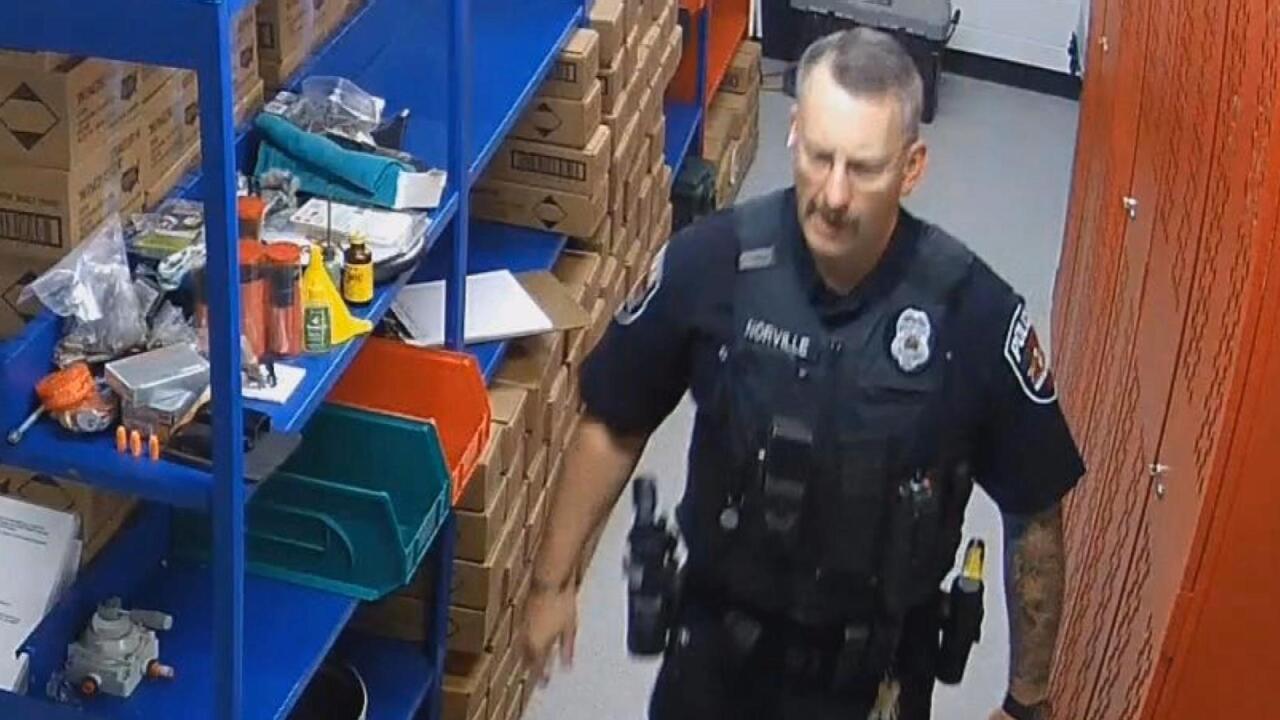 MURFREESBORO, Tenn. (WTVF) — A Murfreesboro police officer who works as a firearms instructor for the department has been decommissioned after an internal investigation found he had been storing thousands of rounds of department ammunition at his home.

Officer Chris Norville is also accused of failing to sign out ammunition he took from the police department's armory, keeping a department rifle at his home for approximately one year and using a case of the department's ammunition for a personal school he attended.

A superior officer recommended Norville be terminated following an internal affairs investigation but the police chief will now hold a hearing in October to determine what disciplinary action will be taken.

Video from inside the Murfreesboro Police Department Armory, obtained by NewsChannel 5 Investigates, is at the center of an investigation by the department’s Office of Professional Responsibility.

It shows Norville removing boxes of ammunition, 8,000 rounds total, for a department-sponsored, three-day class he taught in July.

About a week later Norville returned one box of ammunition with 1,000 unused rounds, which was only a third of what investigators estimated should have been returned.

He used sign-in sheets to log the thousand rounds of ammo back into the armory as required, but after he was left alone in the room Norville removed a box containing 500 rounds of rifle ammunition without signing it out.

NewsChannel 5 Investigates obtained audio recordings of interviews done as part of the internal investigation in which Captain Cary Gensemer asked Norville why he didn't sign out the ammunition, "Help me wrap my brain around this."

Norville responded, "In retrospect I know it looks odd,” adding that he forgot to sign out the ammunition because the sign-out sheets are relatively new.

But an investigator who analyzed the video wrote that it appeared to be an "intentional" act because Norville "looked down the hall and saw that no one was there and immediately went between the ammunition racks and took" the ammo.

"I do not find it plausible that he forgot to sign them out, as he just signed in the 1,000 rounds on the exact same sheet he would have signed out the 500 rounds," wrote the investigator.

Norville told investigators that he kept the open ammunition for use in his next class, and only returned unopened boxes to the armory.

Captain Steve Jarrell asked Norville, who works as a firearm instructor on the side, if he used the department's ammunition for his private gain.

"I know you have a personal business, do you use department ammo for your training?" Jarrell asked.

"Even for yourself?" Jarrell followed.

"No I pay for my own ammo for business," Norville said.

The department’s investigators appeared to accept that answer and move on to question why Norville had a kept one of the department’s specialized training rifles at his home for nearly a year.

Video shows Norville returning the rifle to the armory after an email went out saying it was missing.

"I took home one of the Sims rifles from the armory because it was broken and I had spare parts at my house," Norville said.

In the end, one of Norville's supervisors wrote "The accusations and proof against Officer Norville could be viewed as criminal in nature."

NewsChannel 5 Investigates asked the department why the matter was not referred to the Tennessee Bureau of Investigation if their investigation found Norville’s conduct could possibly be viewed as “criminal in nature,” and a spokesperson told us “The department spoke with the TBI, however, based on the facts and information at the time, the department decided to conduct an internal investigation…”

That investigation concluded by recommending a 20-day suspension for Norville, however Captain Gensemer disagreed and determined that Norville’s actions warranted termination from the department.

Norville has appealed that decision by requesting the matter be heard at a disciplinary review hearing.

Murfreesboro’s police chief is set to conduct the hearing on October 15 and will ultimately make a final decision on what if any action will be taken against officer Norville.