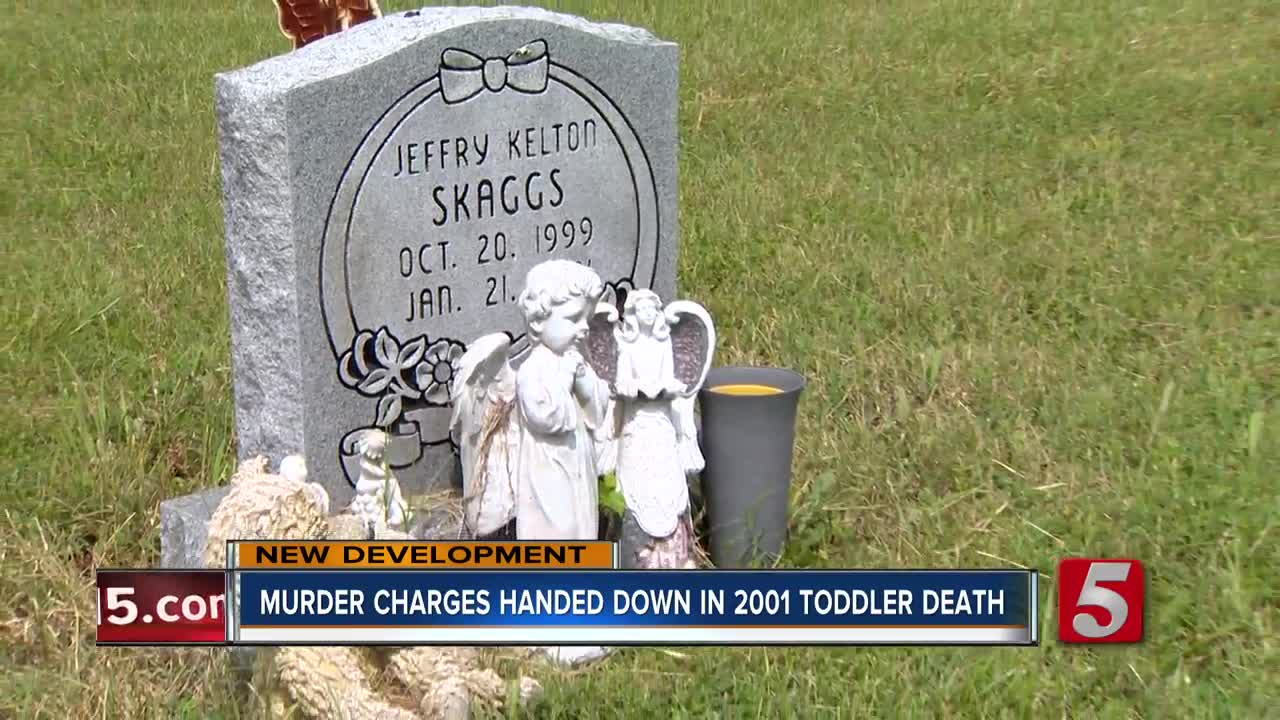 Jeffry Kelton Skaggs would have been nearly 20 years old, but he barely made it past his first birthday. 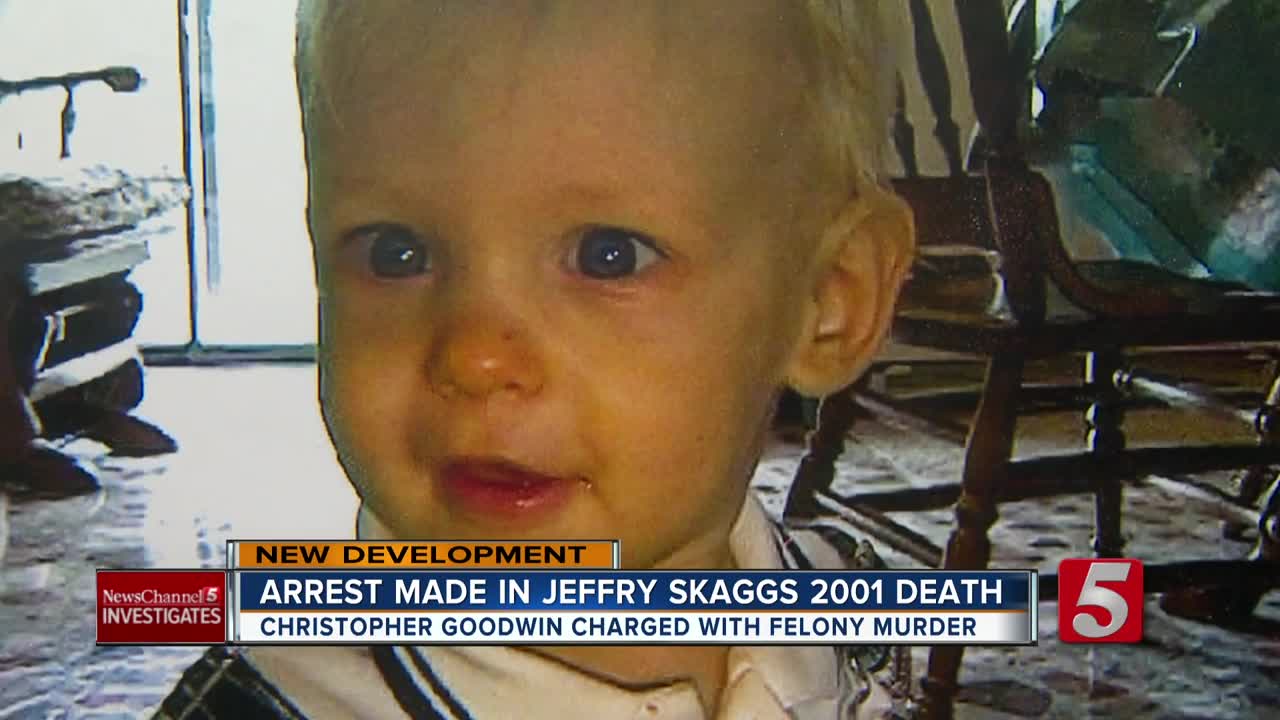 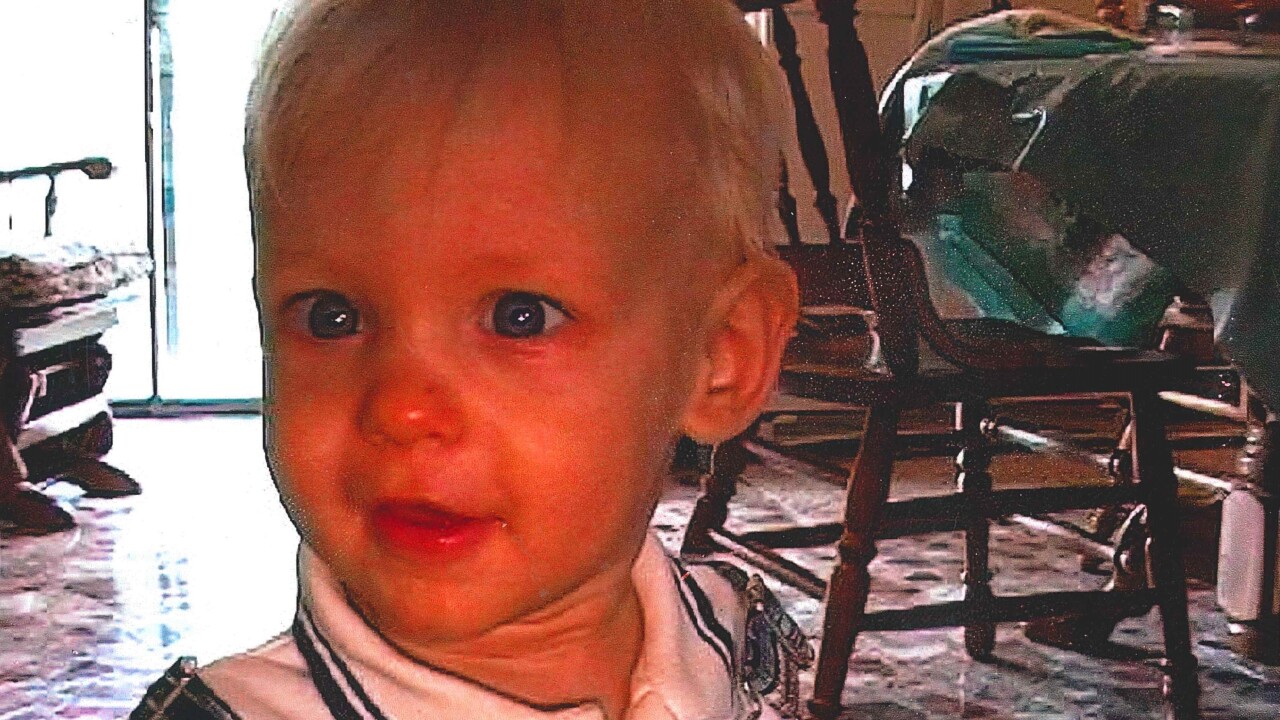 NASHVILLE, Tenn. (WTVF) — He would have been nearly 20 years old.

But he barely made it past his first birthday.

Now, 13 years after NewsChannel 5 Investigates first raised questions about the official explanation that the death of the 15-month-old boy was an accident, Jeffry Kelton Skaggs could be closer to getting justice.

On Monday, Christopher Lee Goodwin, 47, of Columbia, was indicted by the Maury County Grand Jury for Skaggs' murder back in January 2001. Goodwin was arrested early Tuesday afternoon, according to District Attorney General Brent Cooper.

It comes five years after Cooper was elected DA and reopened the investigation.

"We are just glad to see that, after nearly five years of investigation, we were able to develop enough proof to move forward with an indictment," Cooper told NewsChannel 5 Investigates.

"Hopefully, justice will found for Kelton nearly 20 years after his death."

"Our theory is that Kelton died either as a result of child abuse or child neglect," Cooper said.

Goodwin was alone with the child at the time he sustained a fatal blow to the head.

At the time, the medical examiner, Dr. Charles Harlan, theorized that the toddler fell while climbing on a chest and hit his head on rail of the bed. Harlan later lost his medical license for incompetence.

But, in December 2017, DA Cooper finally got permission to exhume Skaggs' body for a second autopsy.

That autopsy found fractures on the back side of Skaggs' skull that "would have required considerable force to produce."

It listed the manner of death as "homicide" and the circumstances as "assaulted by others."

Watch Part 1 of our 2006 investigation below:

As NewsChannel 5 Investigates reported in 2006, then-State Medical Examiner Dr. Bruce Levy had questioned the findings of the first autopsy.

Larry Wallace, the retired director of the Tennessee Bureau of Investigation shared that concern.

"In my humble judgment, it's been a travesty of justice," Wallace said.

And the state board that oversees doctors' licenses came to the same conclusion, after reviewing Harlan's work.

"The child's actual manner of death was the result of non-accidental trauma," he read.

"Meaning that in the judgment of the authors of this article it was homicide."

NewsChannel 5 Investigates also obtained a photo showing that Skaggs' right leg was in a cast at the time of his death.

The family said it was the result of another fall.

Watch Part 2 of our 2006 investigation below:

But when state officials asked a judge to exhume Skaggs' body as part of the investigation of Harlan's medical license, District Attorney General Mike Bottoms -- a longtime Harlan friend -- refused to sign off on it.

NewsChannel 5 tried to interview Bottoms back in 2006.

"So what about this little boy. What if you're wrong, sir?" we asked, as the DA shrugged his shoulders.

In 2014, Brent Cooper was elected DA to replace Bottoms, and he re-opened the investigation into Skaggs' death.

Cooper even got the legislature to pass a law that clarified his ability to seek a second autopsy .

"I'm just the type of person that I just don't believe in letting someone just walk away from a crime if I believe they've committed a crime," Cooper said at the time.

The DA said that Skaggs' mother, Brandy Eddlemon, who had resisted efforts to dig up her son's body for years, has cooperated fully with his investigation.

Her attorney said Eddlemon has resisted the exhumation for emotional reasons.