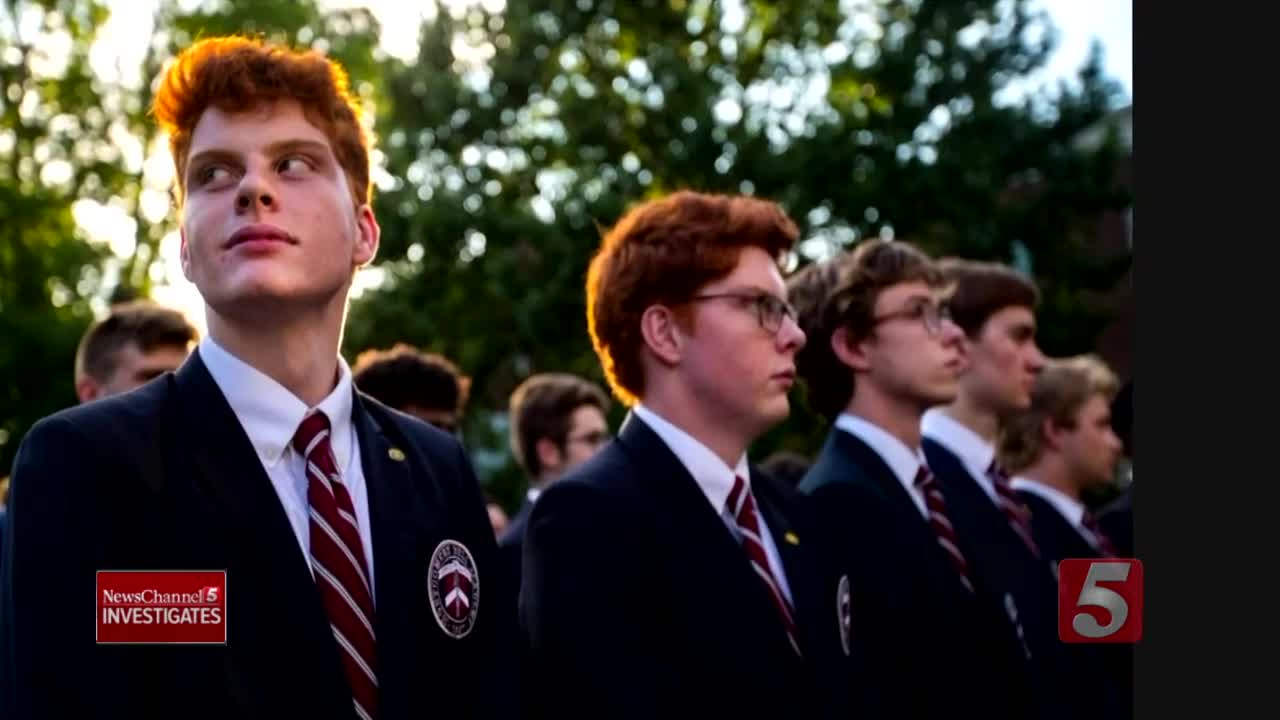 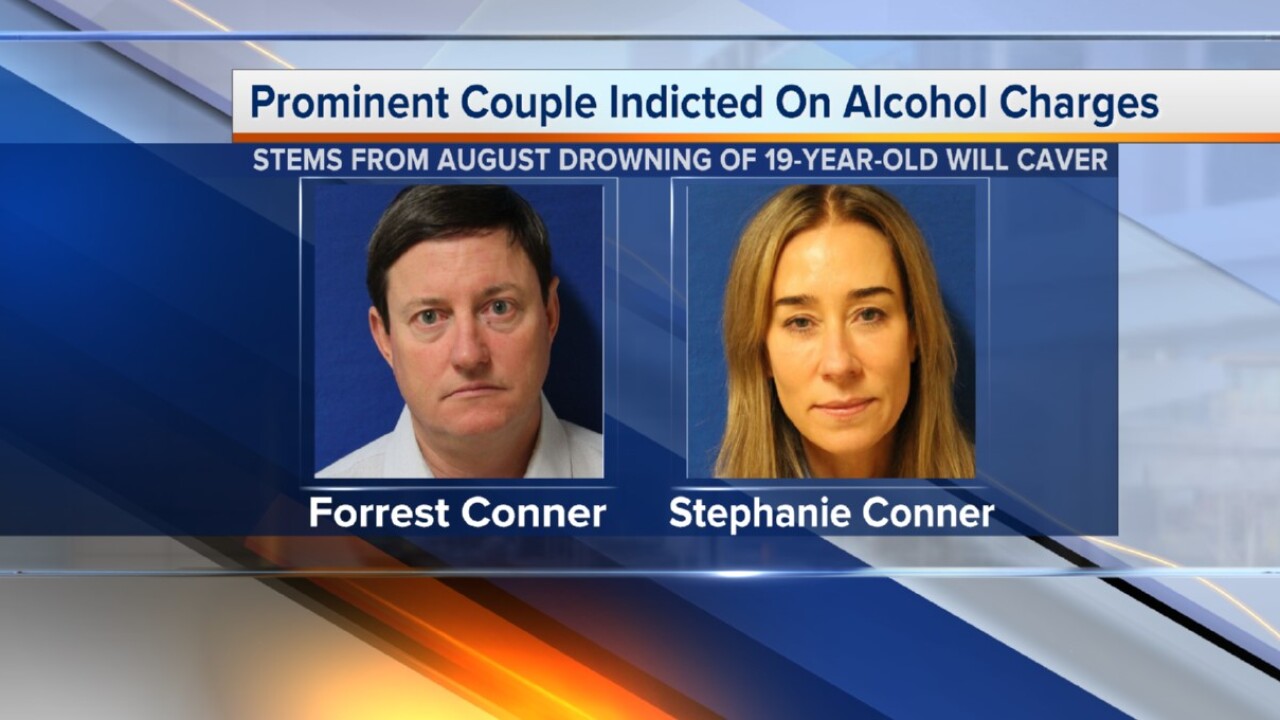 Forrest Conner, 49, was indicted on charges that he purchased alcohol for underage partygoers and allowed them to consume alcoholic beverages on the Dickson County farm that he owned.

His wife, Stephanie Barger Conner, 51, faces a single charge of allowing underage drinking on the property.

Both crimes are Class A misdemeanors, which carry a potential penalty of 11 months, 29 days in jail.

Dickson County sheriff's investigators were called to the farm at 1500 Timber Ridge Road, near Charlotte, on the morning of Friday, August 2. The party included recent graduates of MBA, an elite, all-boys school, and the all-girl Harpeth Hall.

A farm aide discovered the body of Will Caver in a pond on the property after he could not be located. A 911 call obtained by NewsChannel 5 Investigates revealed that the recent MBA graduate had been missing for nearly 12 hours when his body was located.

Will Caver's autopsy has been sealed at the request of District Attorney General Ray Crouch's office.

Forrest Conner's lawyer, Stephen Young, said in a statement to NewsChannel 5 that “Mr. Conner did not provide alcohol that evening to the group, nor did he provide alcohol of any type to anyone under the age of 21 who attended, outside of his immediate family.”

“The loss of Will Caver is a devastating tragedy, and we mourn him above all else," the statement said.

"Since the accident occurred, we have cooperated fully with the investigation. We understand and respect the process undertaken by the office of the District Attorney of Dickson County and the Grand Jury. We will continue to work with the authorities and, out of respect for their process, will not have further comment.”

Stephanie Conner's lawyer, Timothy Potter, said in an email that she "is heartbroken over the death of Will Caver. It was a terrible tragedy, and she prays daily for the Caver family."

Here is the indictment: pic.twitter.com/tpMcbE7ZWf

Potter said Stephanie Conner "did not provide alcohol to anyone. She is also not an owner of the property, nor does she have an ownership interest in the property."

The property is listed in the name of Timber Ridge LLC, a corporate entity controlled by Forrest Conner and businessman Robert Echols Jr.

Sources have told NewsChannel 5 Investigates that Echols was not involved in the party.

The couple was quietly indicted, with no public announcement, on December 9th. DA Ray Crouch had not responded to requests for updates on the status of the investigation.

NewsChannel 5 discovered the cases this week during a search of court files.

The Conners are scheduled to return to court in July.

Over the years the practice of MBA families hosting large "post parties" following certain school events, such as Prom and Homecoming, has grown more prevalent. We’ve had a growing concern for the well-being of our students in relation to these events.

Large, unstructured gatherings, particularly those held outside and at night, can be a recipe for a bad situation. In many instances, and despite well-intentioned adult supervision, these events become opportunities for our boys and their dates to engage in conduct detrimental to their health and potentially dangerous to others. Underage drinking and the use of illicit substances are violations of MBA’s code of conduct and are antithetical to the values of respect and care for each other that are at the heart of our community.

Accordingly, we want to be clear about the school's position on this issue:

1) We do not encourage, condone or support such parties; 2) We ask parents to think carefully about their sons' well-being before allowing them to attend such events; and 3) We strive to create a healthy environment for our students free of drugs and alcohol, and we expect all of our parents to support that policy in a constructive and collaborative manner.

We care a great deal about our students, and to that end we feel it is part of the school's core mission to voice our concerns about this issue as we move forward.