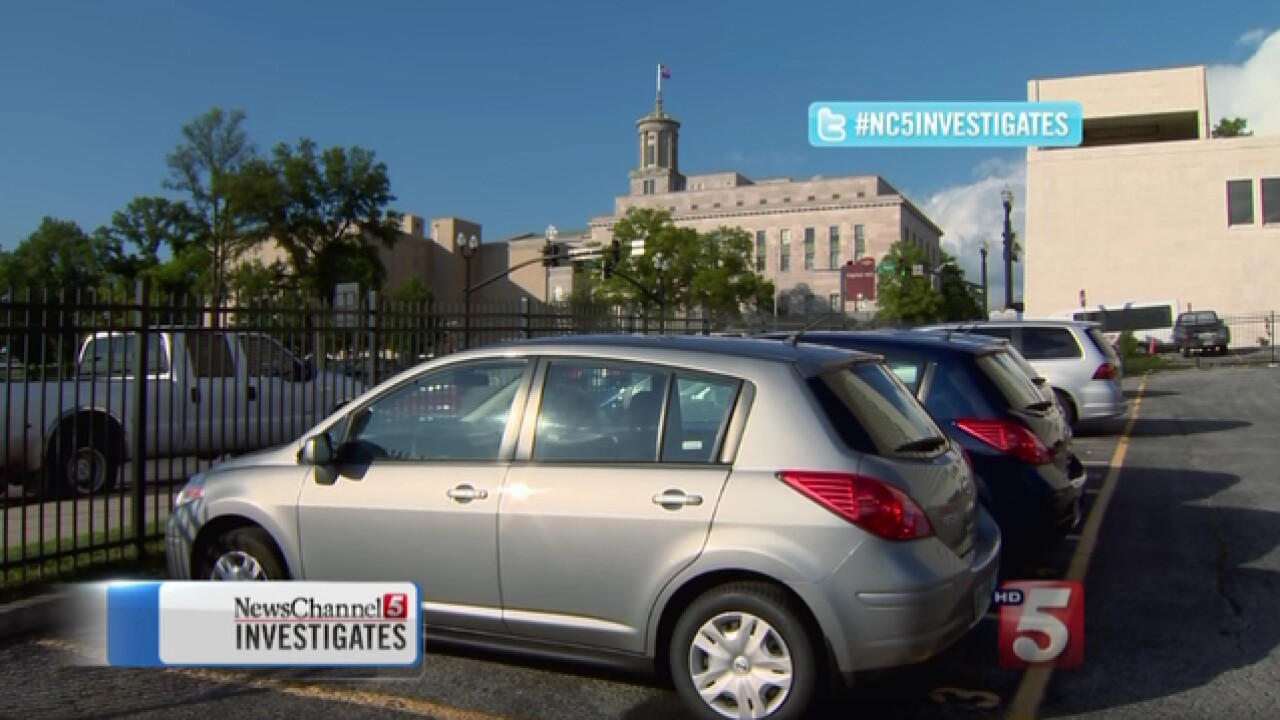 NASHVILLE, Tenn. - NewsChannel 5 has uncovered serious questions about how parts of Tennessee's state government are being outsourced to private business.

That outsourcing effort led to one questionable contract that the Haslam administration has claimed is saving taxpayers a million dollars a year.  That contract outsourced the state's motor pool -- where state employees could check out a car for short periods -- to Enterprise Rent-A-Car.

Among the questions uncovered by NewsChannel 5 Investigates is whether one company got the business because of whom it knew and whether taxpayers could be saving even more.

"This is not good business," said Rep. Mark Pody, R-Lebanon, who sits on the legislature's Fiscal Review Committee, after seeing the documents that we uncovered.

When Bill Haslam was elected governor, it was partly based on his business experience.

And during his first two years in office, Haslam's administration has been quietly taking jobs from state employees and turning them over to big business. It's an effort that's been spearheaded by Haslam's General Services Commissioner, Brentwood developer Steve Cates.

"Our concern has been that some things that don't appear to be broken are trying to be fixed," said Democratic Rep. Craig Fitzhugh, the former chairman of the House Finance Committee.

In the case of the motor pool, Haslam's Department of General Services decided in late 2011 to outsource the program to Enterprise and the car-sharing program that it calls WeCar.

In fact, NewsChannel 5 Investigates discovered, the Haslam administration made a conscious decision not to put the state's business up for bids, citing the "difficulty" of going through that process.

"The rental of cars has not been solicited by the Purchasing Division in the past; therefore it does not have experience in developing the specifications," a justification memo said.

That notion "does not hold one drop of water for me," Pody said.

Asked whether comparing rental car prices would be hard, Fitzhugh noted, "Oh, I think people do that on a regular basis, all the time."

General Services officials justified the Enterprise deal in a memo, saying it would "piggy-back" on the "University of Tennessee's WeCar" program -- which had been put up for bids.

But, in a statement to NewsChannel 5 Investigates, UT said: "The University of Tennessee does not have a WeCar program."

Instead, our NewsChannel 5 investigation discovered, UT's contract with Enterprise was just for a rental discount program for university employees and alumni who were traveling.

And only one other company even bothered to submit a bid for the university's business.

"You would think that in a bid situation of a larger contract that your discounts could be even greater if you bid the whole job out," Fitzhugh said.

Pody was even more blunt.

"As a business man, if one of my managers came in and had done this with my money, I probably would have fired them," Pody added.

"You would have fired them?" we asked.

"I would have fired them," he insisted. "This is not the way it's done."

In fact, NewsChannel 5 Investigates went online looking for discount codes, then trying to reserve a car.

Compared to other states, Oklahoma has a deal with Enterprise to get the same car for less than $160 a week.

And even though WeCar boasts that it offers great rates for quick trips, Tennessee's contract has no such deal.

The same car in other states is less than $10 for an hour.

"There is something bad wrong," Pody said. "If I can rent it cheaper as an individual or as one car, compared to the state renting a hundred a day, there has to be something wrong somewhere."

When state employees need a car, they can go to an Enterprise location -- or they can come to a state WeCar lot, like one located in the shadow of the state Capitol.

But our investigation discovered, under the Haslam administration's deal with Enterprise, the company gets paid for just leaving cars there, waiting to be rented.

During the last 12 months for which bills are available, state employees actually used almost $450,000 worth of WeCar services. But Tennessee paid Enterprise $739,000.

"A company that has to make cars available, it costs them something for them to sit on the lot -- I understand that," Fitzhugh said. "But I think that, there again, the competitive bid process did not allow that to be vetted."

Pody added, "We need to have people compete. If it's going to be privatized, we need to have the private companies compete in a fair and equitable way."

As for the governor, even though one internal email insisted that final approval of the Enterprise deal would "move on to the Governor," the Haslam administration insists the former businessman never even looked at it.

Still, regardless of who's responsible, critics said that it's still not good business for taxpayers.

"We need to give Tennesseans the opportunity to bid on these things -- not just because somebody knows somebody who might have a pretty good deal on a rental car," Fitzhugh said.

NewsChannel 5 Investigates repeatedly asked someone from General Services to go on camera to answer our questions, but they refused.

Still, they argued that one of the big advantages of this contract is that the state can get a rebate of as much as 8 percent -- money that comes back to taxpayers.

The question, critics told us, is whether the savings have been even more if the contract had been put up for bids.

In the last 12 months, the state has spent more than $1.3 million with Enterprise, including WeCar rentals and rentals from other Enterprise locations.

As for the claim that they are saving a million dollars a year, there are a lot of questions about that, too.

The state has made several different claims about how much money this contract would save, but they really have never broken it down to show how they get those numbers.