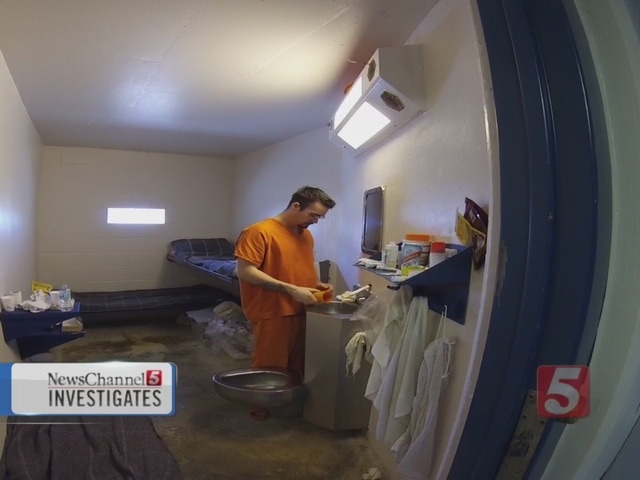 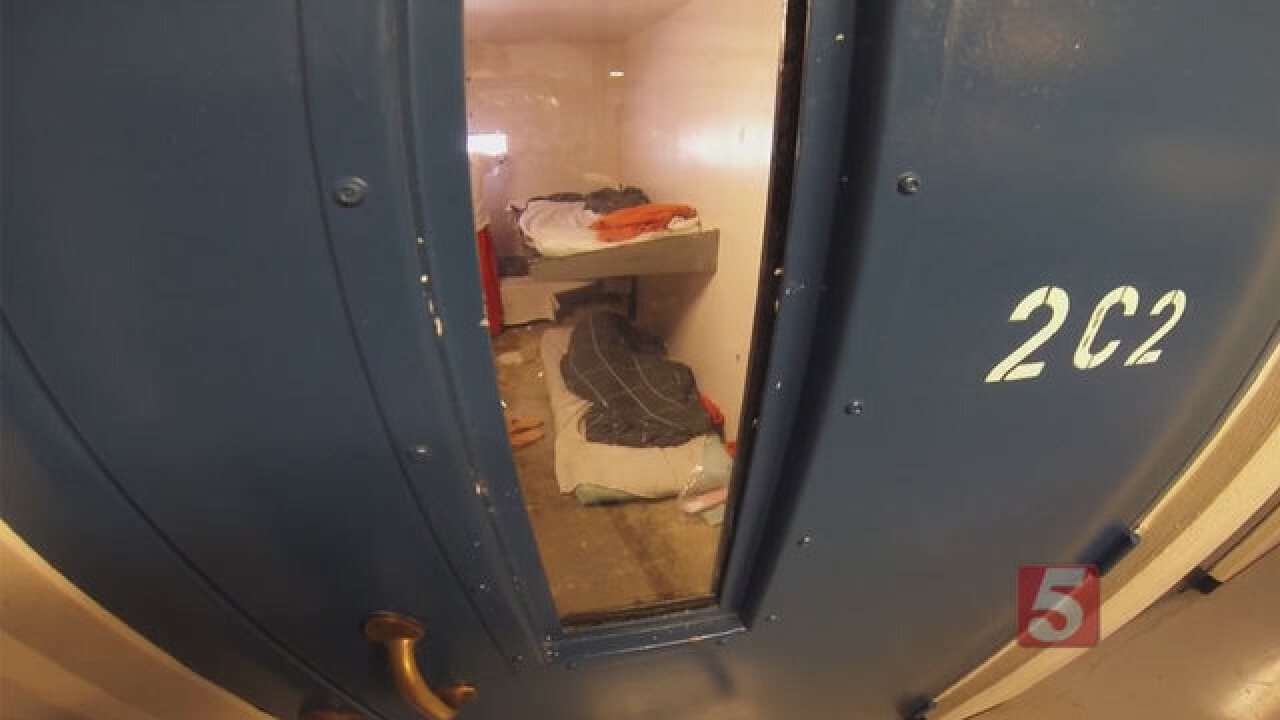 Sheriff Robert Arnold said his jail is dangerously overcrowded -- and he pointed to the large number of non-violent, misdemeanor probation violators kept behind bars as the main reason for the overcrowding.

"Everyone of them is three to a cell," Sheriff Arnold said as he walked through a female section of the jail. "They were actually designed for one person. We added an extra bunk and now are currently at three people."

The third person in each cell sleeps on a mat beside the toilet.

"Sleeping with your head next to the toilet, to me, that's just not right," Arnold said. "But it's the conditions we have right now. I don't have any other choices."

The jail's capacity is 958 inmates.

"Violation of probation is our biggest problem here in this county," Arnold said.

Rutherford County and its private, for-profit probation company now face a federal lawsuit. The lawsuit claims nonviolent, misdemeanor probationers are "repeatedly jailed because of their poverty."

"As sheriff, I have to enforce the orders of the court," Sheriff Arnold said.

Arnold would not talk about the lawsuit, but said hundreds of current inmates are in jail charged with misdemeanor probation violations.

"That's huge," Arnold said. "This pod could be completely empty if they weren't here," he said pointing to the cells around him.

Inmate Alexander Webb said he is serving time because he missed his weekly probation meeting with Providence Community Corrections (PCC).

"It was just a simple violation where I missed an appointment and they violated me for it and they gave me a 90-day sentence," Webb said.

He is now one of three men in a cell.

"I was at work," Webb explained of his probation violation. "I work third shift, and I come home and I overslept and that's the way it was."

Webb said he was also behind on his payments to PCC.

The federal lawsuit claims PCC threatens people with jail when they fall behind on the company's monthly supervision fees.

Lacy Jacobs is officially in jail for missing her probation meeting.

She faces 10 months, but she said she was also behind on her PCC payments.

"At the end of your probation, if you haven't paid it off, you get put in jail," Jacobs continued.

PCC and Rutherford County have repeatedly said people do not go to jail only because they cannot afford to pay court costs and fees.

But Fred Robinson's 2015 arrest warrant listed only one reason he was arrested.

He "failed to pay all court costs, fines and fees as directed."

Unable to pay the bond, he sat in jail.

Jacob Tomberlain was arrested for failing to pay fees and because he did not complete court-ordered litter removal.

But there's a $132 charge to sign up for the litter removal.

If you don't pay, you cannot do the litter removal.

"It's not supposed to be all about money or tying people up for long periods of time," Sheriff Arnold said. "It's to pay your debt to society and then move on."

NewsChannel 5 Investigates discovered that so far this year 424 people have been arrested, booked, then released on their own recognizance for failing to pay court costs and fines to PCC.

"I had to turn myself in for violation of non-payment," Cindy Rodriguez said.

Rodriguez was ordered to pay $578 in court costs last year, after admitting to a misdemeanor shoplifting charge.

But after a year of payments, PCC said she still owed $512.

"When you are trying to pay something off and they just keep stacking fees on you, it's impossible," Rodriguez said.

Most of the 424 people who turned themselves in were put back on probation -- for another year.

The additional year of probation means more fees and more chances to wind up in jail.

"I know friends of mine, family members, they caught a DUI 10 years ago and they are still on some sort of probation," Sheriff Arnold said.

The sheriff's office calculated that it costs $1,260 for one inmate to serve 20 days in jail.

Sheriff Arnold said the county should consider alternative sentences for some non-violent offenders.

Providence Community Corrections did not respond to requests for comment.

The county said it could not discuss the issue because of the on-going lawsuit. It has said the probation system follows state law.