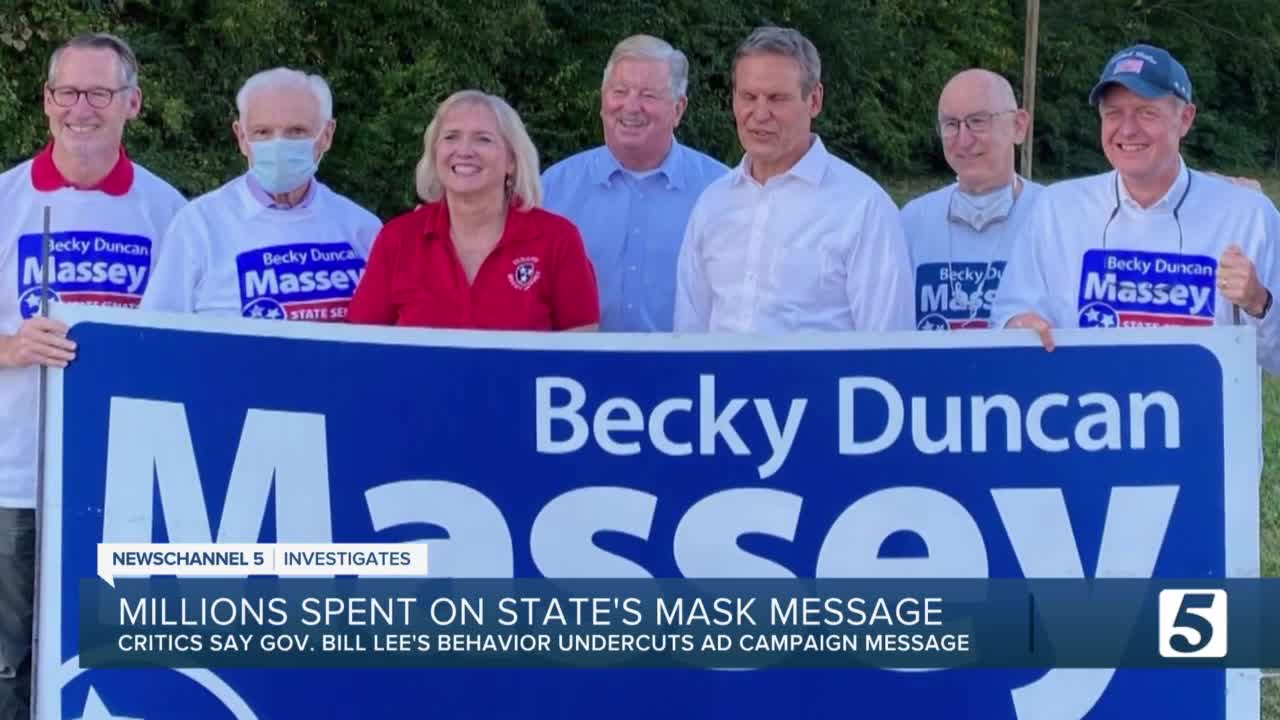 Tennessee has spent more than $4 million on an advertising campaign to promote face masks even as, critics warn, Gov. Bill Lee has undercut that message with his behavior. 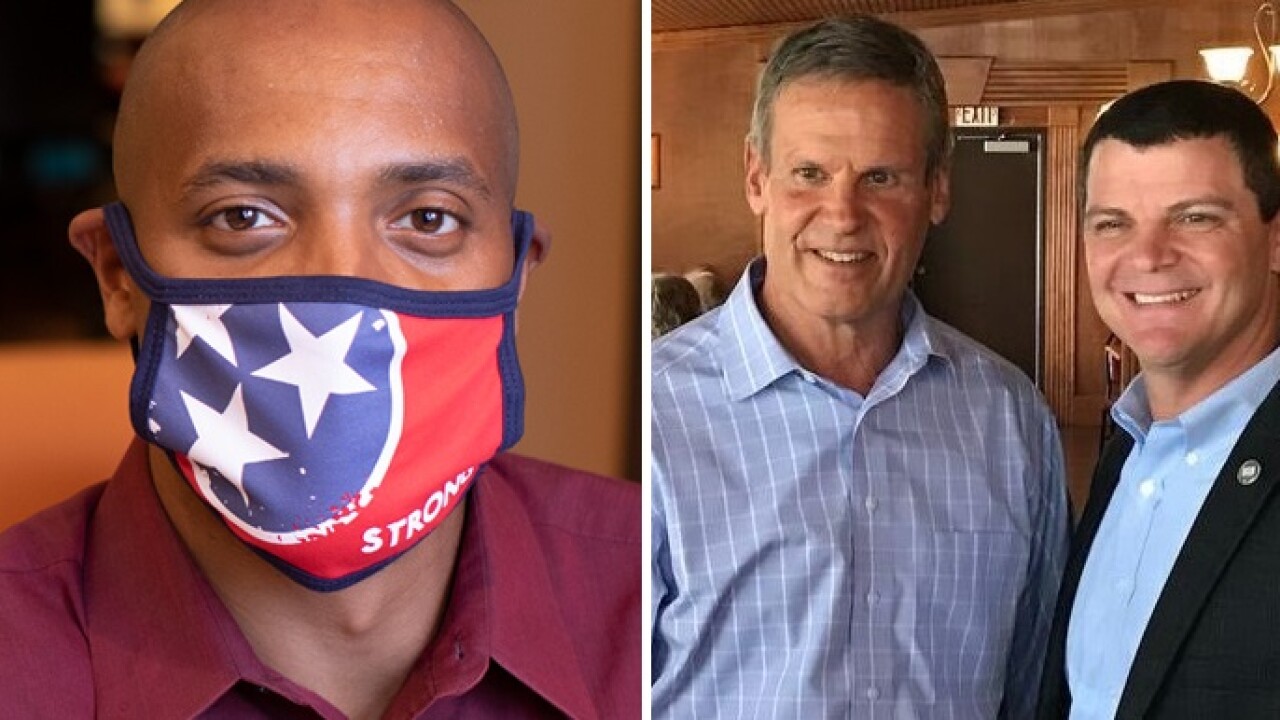 NASHVILLE, Tenn. (WTVF) — Tennessee has spent more than $4 million on an advertising campaign to promote face masks even as, critics warn, Gov. Bill Lee has undercut that message with his behavior.

"This is the face of a fighter," the narrator in a TV public service announcement says as a man dons a face covering.

The 30-second ad shows various individuals explaining why they are wearing masks in the battle against COVID-19.

Face it. Masks fight the spread of COVID-19. #TNfights pic.twitter.com/ETFwlt2hai

The narrator concludes, "Until there's a vaccine for COVID-19, this is the face of a fighter. Face it, masks fight COVID-19."

Those PSAs have blanketed the TV air waves, social media, even highway billboards.

The ad campaign was developed by Knoxville's DesignSensory at a cost $24,475, according to Tennessee Emergency Management Agency spokesperson Dean Flener.

But despite the use of taxpayer money for that message, Lee doesn't always practice what the state preaches, potentially undercutting the taxpayer-funded message.

When the governor and his wife attended the Republican National Convention at the White House, NewsChannel 5 spotted them right in the middle of the crowd of 1,500 people, not wearing masks.

NewsChannel 5 Investigates asked Lee, "Why should people do what you say rather than what you did?"

"What I did," the govenor answered, "was look at the situation we were in and make a decision based on whether or not those seats were distanced. The wind was blowing. It was outdoors. I have that decision to make. Every one of us do."

In fact, photos and videos showed that there was not six feet distance between attendees.

Later, social media photos showed Lee packed into a boat with other Republicans - without a mask in sight.

"Do you have any regrets? Do you think you could do a better job of modeling what you say is good behavior?" we asked.

"I feel safe" is the often-cited excuse for why people do not wear masks.

After word broke Wednesday about the governor possibly being exposed to COVID, a new photo emerged of him the day before with other Republican politicians.

Again, Lee was not wearing a mask.

"If the governor is going to say that masks are important and should be worn, then he should demonstrate that at all times and lead by example," said state Rep. John Ray Clemmons, D-Nashville.

"The governor's refusal to wear a mask at political events just shows his political calculation and his selfishness and unwillingness to protect those with whom he comes into contact."

With COVID-19 still threatening so many Tennesseans, the state says it plans to continue to push the important message about face masks at least through the end of the year.