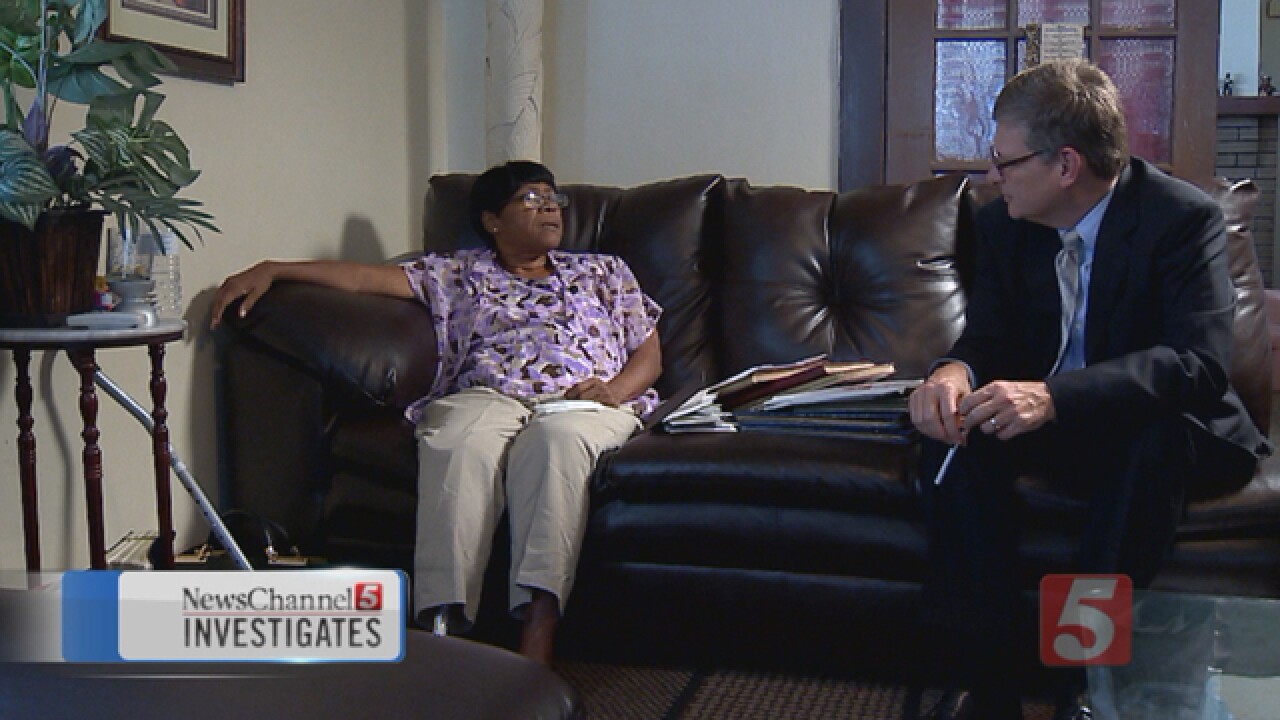 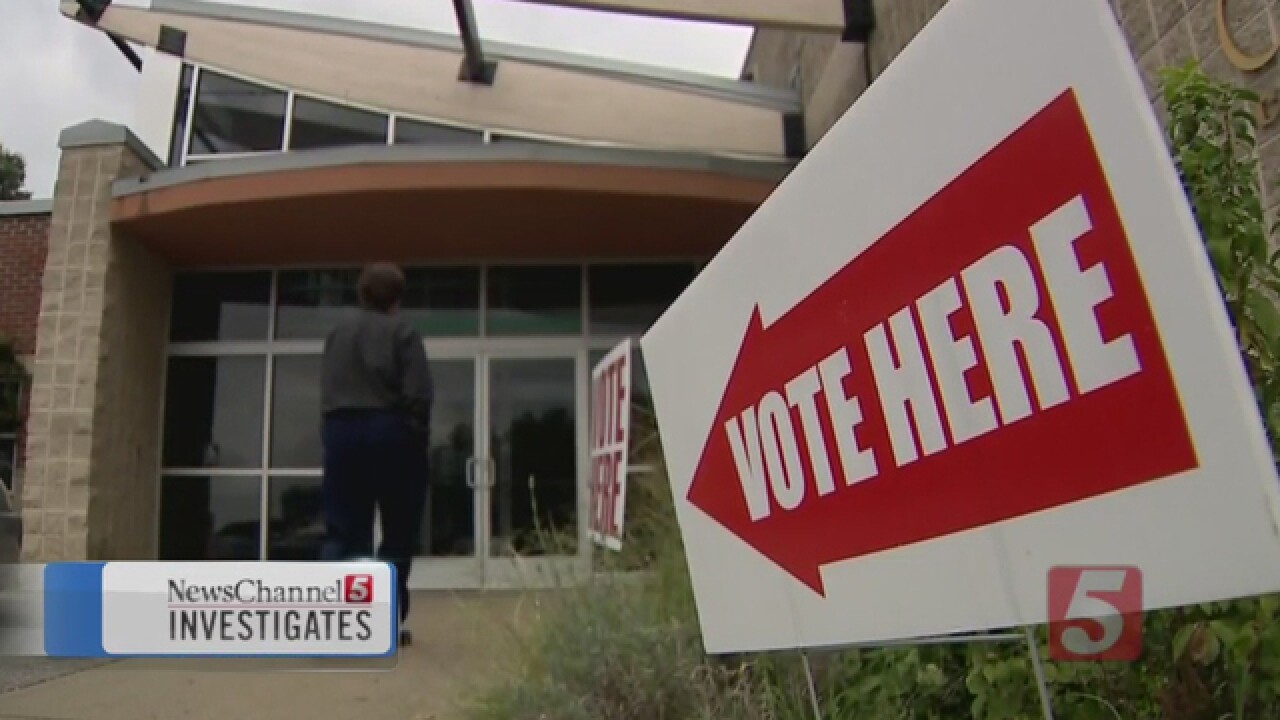 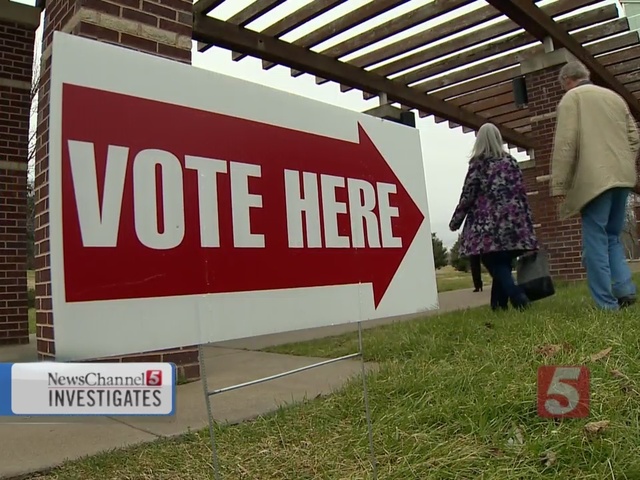 Many people think once they register to vote they will stay on the voting rolls. But federal law allows the purging of inactive voters, people who have not voted for approximately eight years.

We found more than 19,000 people have been purged for inactivity in the last three years. That number does not include people who have died or people who are felons.

Critics claim purging for inactivity has the greatest impact on people in lower income communities.

She said surgery, even having her foot amputated, didn't stop her from voting when President Obama first ran in 2008.

"I thought it was an important thing to do at the time," Webb said. 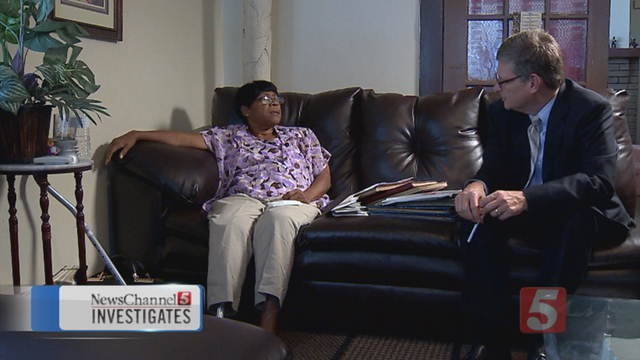 This summer she thought it was important to vote in the Nashville Mayor's race, but Webb was shocked by what she was told when she went to vote.

"She said ‘you can't vote in this election.’ I said ‘why can't I?’ I said ‘I got my registration, my voters card and everything,’" Webb remembered.

Webb had been purged from the voter rolls.

"It's wrong. I'll tell you that. They shouldn't be able to do it," Webb said.

County commissions are responsible for following state law and purging voters to make sure voter lists are accurate.

"If the rolls aren't clean then that's when you could allow voter fraud. And that's when someone could come in and try to impersonate someone," Goins said.

"There's a misconception out there among some folks that once registered, always registered," Goins said.

MTSU Political Science Professor Dr. Sekou Franklin believes many of the more than 19,000 people purged in the last three years in Davidson County don't even know they have been purged.

"I absolutely believe there are people walking around Nashville who feel they are registered to vote and they are not. They are placed on the purge list," Dr. Franklin said.

They needed signatures from registered voters to get an initiative on the ballot that they believed would give people with criminal histories a better chance at finding work.

They were careful to collect thousands more signatures than the more than 6,800 required to get on the ballot.

"We thought surely a few thousand, almost 3,000 over the limit would guarantee that we would have enough," Krinks said.

They said nearly 40 percent of the signatures were disqualified. Many were marked as purged and many were purged for inactivity.

"Ban the Box" did not get on the ballot.

"We thought, ‘wow.’ Think about where we did all the canvassing. We just did our petition gathering in the poorest neighborhoods and in communities of color," Krinks said.

Webb questioned how she was purged.

"I just go to church and to the grocery store and stay home. So how can they purge me from voting," Webb asked.

They have no record of her voting through 2007.

So the commission sent her a notice in the mail – warning her she would be declared inactive if she doesn't respond.

"Never. I never was notified no, no. I never did get a note," Webb claimed.

Webb was emphatic that she never received a warning notice.

When the commission did not hear back from her, Webb was declared inactive.

The commission said it has no record of Webb voting in 2008, when she said she voted for Obama, so she was purged from the rolls in 2011.

"I know I voted in the Obama election," Webb said.

It raises the question of whether the county commission could have made a mistake that led to a person being kicked off the voter rolls or even be wrong about a person's voter history.

"In 2012 there were certainly some issues that didn't sit well with myself and others,” Election Coordinator Mark Goins said.

The review revealed the county actually submitted seven different vote totals to the state for the 2012 Presidential election.

"Every time we would ask we just got a different number," Goins remembered.

Goins said he now has confidence in the new leadership at the Davidson County Election Commission.

Professor Franklin said the problems show voter histories can be wrong, which could have dire consequences.

"There are people placed on the purge list who are placed there unfairly," Dr. Franklin said.

If you are challenged at the polls you can always cast a provisional ballot. Officials will then decide if your vote is eligible after Election Day.

If you've been purged for inactivity, you must re-register to vote.