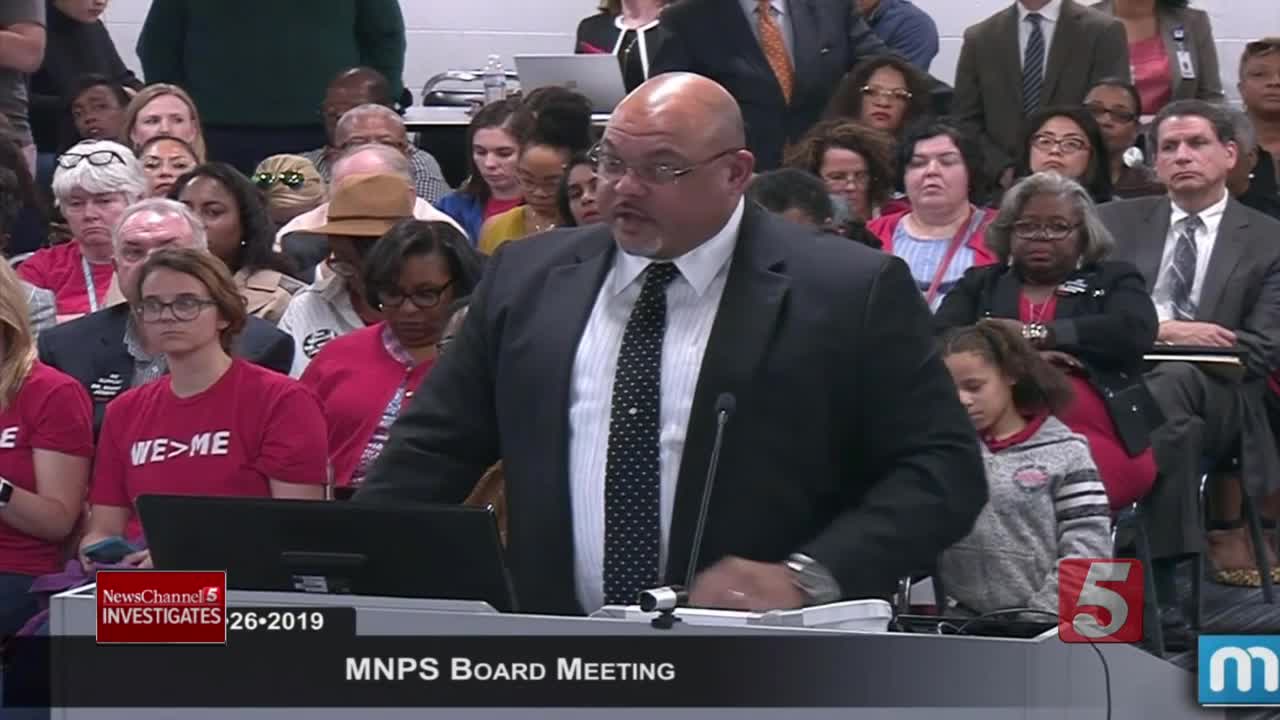 There are new questions about a high-ranking Metro Schools administrator and his involvement with an outside youth baseball program. When NewsChannel 5 Investigates first asked Dr. Tony Majors whether Metro money was going to the RBI program, he insisted it was not. But now, we have MNPS documents that prove otherwise. 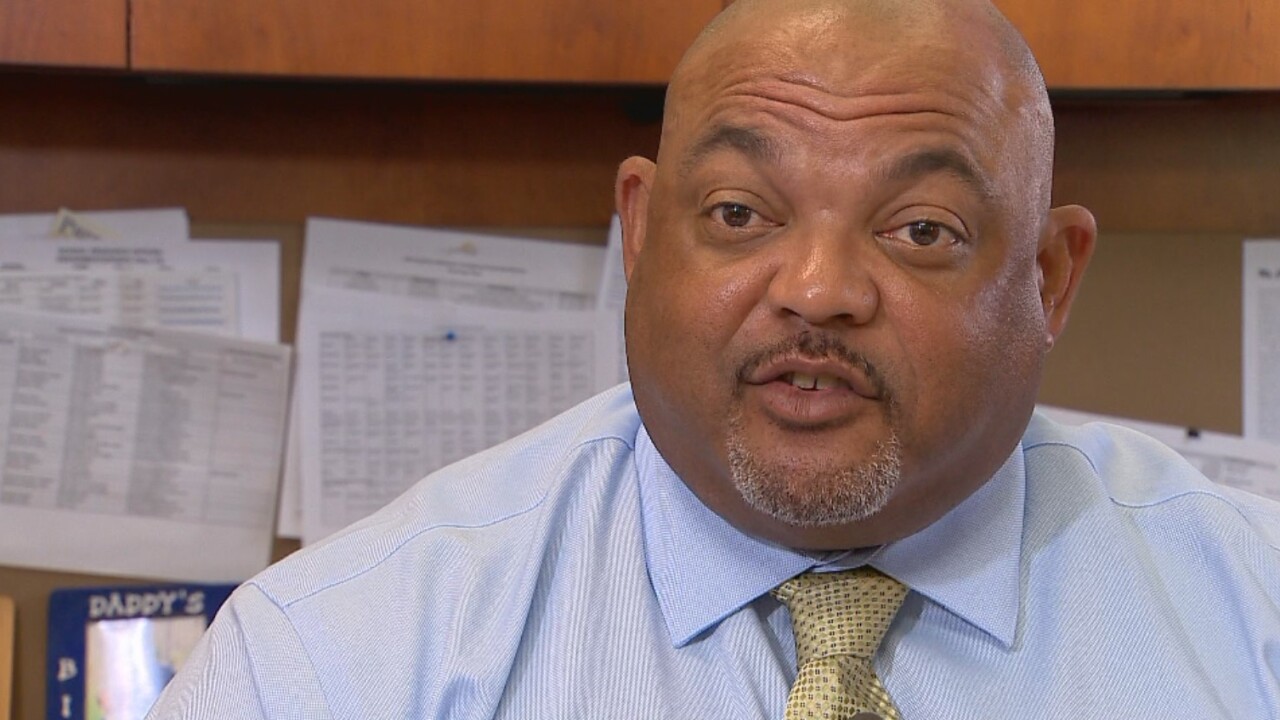 NASHVILLE, Tenn. (WTVF) — Update (1/23): Since our investigation broke, Dr. Tony Majors has been demoted and MNPS has requested an audit. You can read more by clicking here.

There are new questions about a high-ranking Metro Schools administrator and his involvement with an outside youth baseball program. When NewsChannel 5 Investigates first asked Dr. Tony Majors whether Metro money was going to the RBI program, he insisted it was not. But now, we have MNPS documents that prove otherwise.

Majors is unabashedly proud of the two hats he wears.

"It's not been a number of times I wear two hats. I always wear two hats," Majors said to NewsChannel 5 Investigates. Majors is a longtime administrator with Metro Nashville Public Schools and director of an outside youth baseball program called Reviving Baseball in Inner Cities, or "RBI."

But emails show Majors frequently uses his Metro Schools email address during workday hours to organize RBI events and has even had Metro Schools fix its high school baseball fields for his RBI teams to use.

Yet he insisted that's okay because the kids who play for RBI are also Metro students.

"I'm representing both. I'm not trying to hide anything here. It's people's perception that I'm doing something, I guess wrong or there's a conflict of interest. At the heart of the work for me is how do I create opportunities for kids to take advantage of the program," Majors stated.

Majors said he does not get paid by RBI, but he also told us Metro Schools had not provided any money to RBI, even though his own emails indicated MNPS has.

Last summer, Majors sent an email to RBI board members, writing that Metro Nashville Public Schools and the Nashville Chamber had given RBI a combined total of $25,000. Of that, the Chamber told us they had donated $10,000.

"But Metro Public Schools gave money to RBI according to this email," we pointed out.

"No, no. And that's what I'm saying. The wording is off. I'm firing off emails and trying to get out information to the board. Metro has not contributed money to RBI," Majors said.

But we found MNPS did give $15,000 to RBI last summer and $15,000 the summer before that; in all, $30,000 over two years. Dr. Majors' signature is on the financial agreements. MNPS financial records show the school system gave the money to RBI's parent organization, the Boys and Girls Club of Middle Tennessee, but it was earmarked specifically for RBI.

What RBI used the money for is unclear.

MNPS documents show it was supposed to pay for a 3 week long summer camp in July. But Majors' email to the RBI board last summer said the money "covered the regular season expenses" because the baseball program was facing "a financial deficit."

And the year before, Majors tweeted a "special thanks to MNPS" for helping to send an RBI team to Atlanta for a regional tournament.

Yet just months earlier, MNPS parents had to buy paper for their school because the district was facing a $7 million shortfall and school administrators ordered a freeze on spending. One mother told us at the time, "Parents shouldn't have shell out hundreds of dollars for paper, ever."

As MNPS was giving money to RBI, we found, Metro's own high school baseball programs are asking for donations from the community through self-produced videos and by holding golf tournaments, comedy shows, and online fundraisers so, according to one of the sites, they "can buy equipment" and "cover the costs necessary to run a high school program."

What Majors doesn't deny and vigorously defends is RBI's scholarship program which gave two scholarships in 2018, the larger of which went to Majors' own son.

"So, no, I'm not going to apologize for that. He deserved it. He was awarded it by the (RBI) board and he received it," Majors told NewsChannel 5 Investigates.

Of course, this all comes amid questions amid Majors' involvement in a controversial land deal with Belmont University. As NewsChannel 5 Investigates first exposed, Belmont wants to build a new athletic facility on Metro School property and in turn, RBI was to have received $20,000 a year and have nearly exclusive use of the building.

But Majors said he's not going to stop doing what he believes it takes to help kids.

"We have been able to create opportunities for 400 kids in our city. Why is that not being celebrated," Majors said.

The money that went to RBI came from the Metro Schools' General Fund, from something called Project 60 which gets its money from after school programs and is supposed to be used to help run those programs.

We reached out to Metro Schools to ask why Dr. Majors told us that MNPS had not provided money to RBI when it clearly had. MNPS spokesperson Sean Braisted responded in a statement, saying Majors had misunderstood our questions. "Regarding the interview, in talking with Dr. Majors he understood the questions and your conversation to be about whether MNPS operating funds were used to shore up a deficit for the RBI program, which he maintains did not occur," the statement read. "He did not understand the question to be about the project 60 grant funding (which are generated from facility usage fees) to the Boys and Girls Club for the summer RBI program."