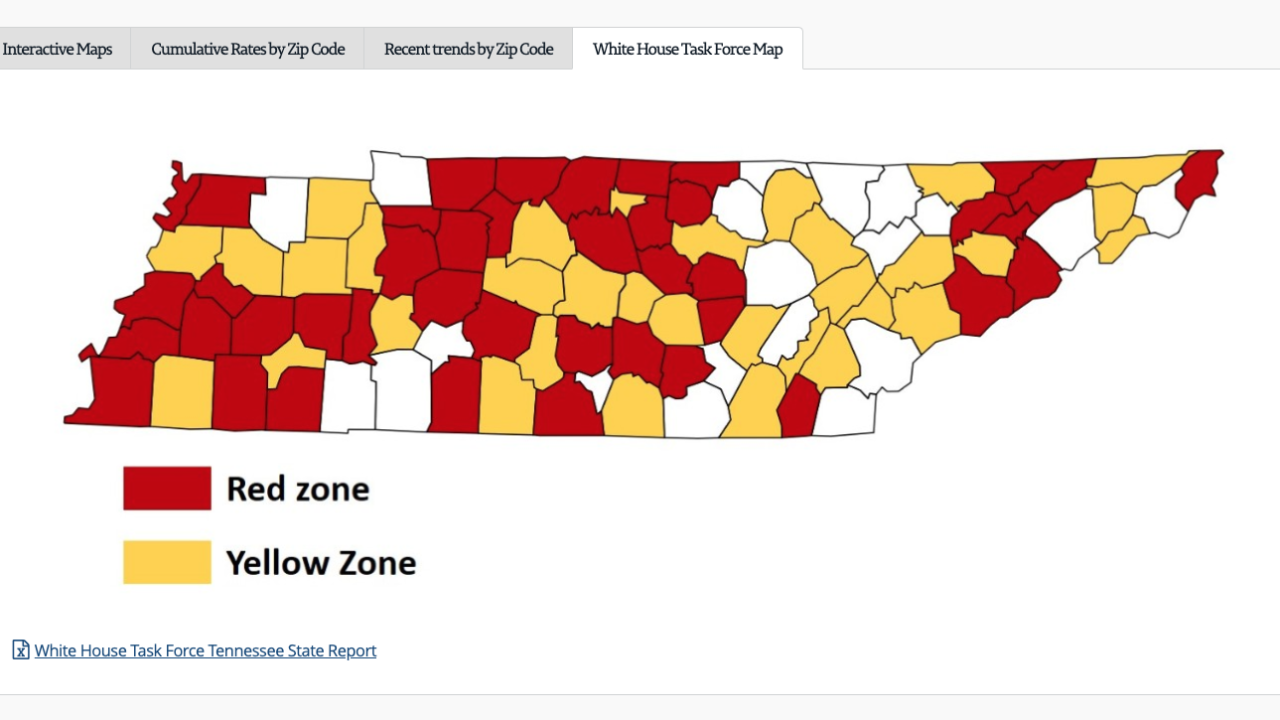 During a phone call Wednesday with state and local officials from across the country, task force leader Dr. Deborah Birx recommended that family gatherings should be postponed in counties that have been identified by the White House as "red zones" and "yellow zones."

“If you’re in a red or yellow county, bringing together family members will create, potentially, particularly if indoors, superspreader events,” Birx said in a recording obtained by the Center for Public Integrity.

“We’re finding that across the South and moving up into the Midwest.”

A map posted to the Tennessee Department of Health's website identifies 42 "red zone" counties and 33 "yellow zone" counties based on the standards from the White House Coronavirus Task Force.

In West Tennessee, Shelby County (Memphis) and a number of neighboring counties are listed as red.

During her phone call, Birx listed Tennessee among a group of states where the spread of the virus is "concerning."

Still, Kentucky, Tennessee and Virginia had dropped from red to yellow based on the percentage of positive tests in the last week, the Center for Public Integrity reported.

Red zones are jurisdictions that, during the previous week, "reported both new cases above 100 per 100,000 per population and a diagnostic test positivity result above 10 percent," task force documents show.

Yellow zones are those areas that "reported both new cases between 10-100 per 100,000 population, and a diagnostic test positivity result between 5-10%, or one of those two conditions and one condition qualifying as being in the 'Red Zone.'"

Both Birx and the Centers for Disease Control's Dr. Robert Redfield have suggested that schools should continue with virtual learning in areas with high positivity rates.

Task force recommendations, obtained last week by the New York Times, suggest wearing face masks at all times outside the home in those areas, limiting social gatherings to 10 people or fewer in red zones and 25 or fewer in yellow zones, and increasing testing capacity.

Following are the Tennessee counties listed in the red zone:

These counties are in the yellow zone: