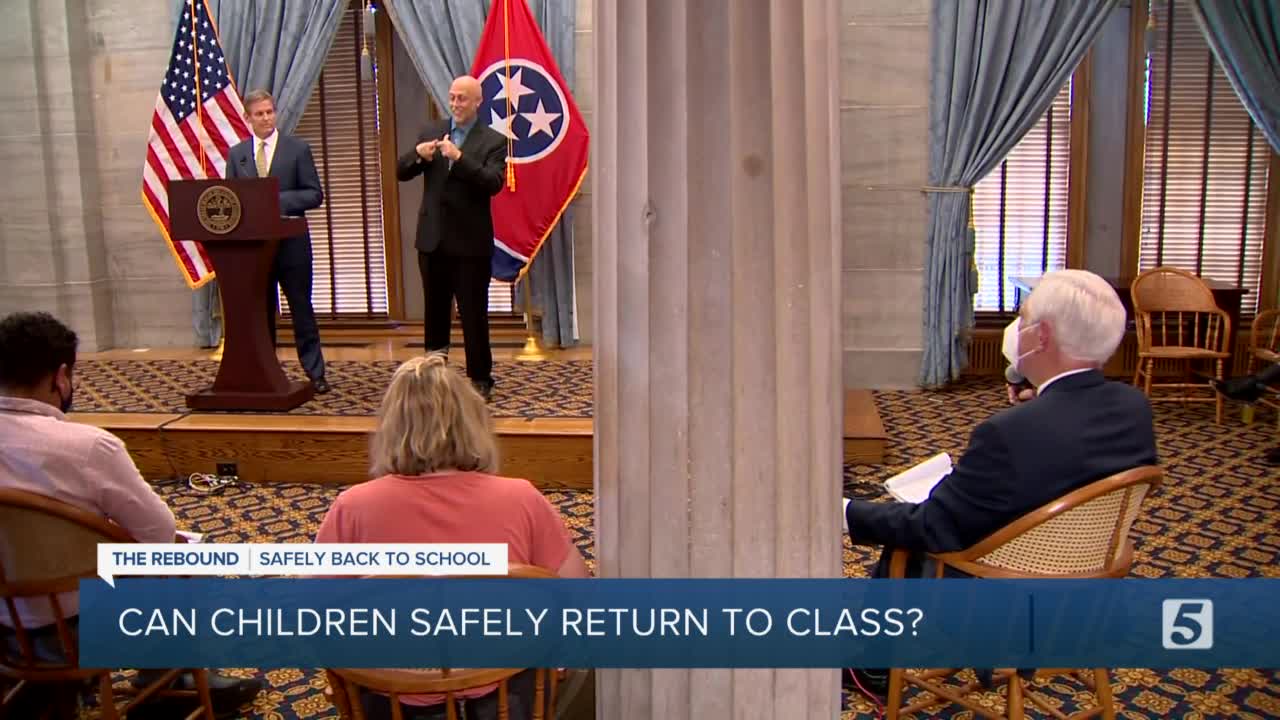 Federal experts say getting the pandemic under control is the first step before kids can safely return to school. 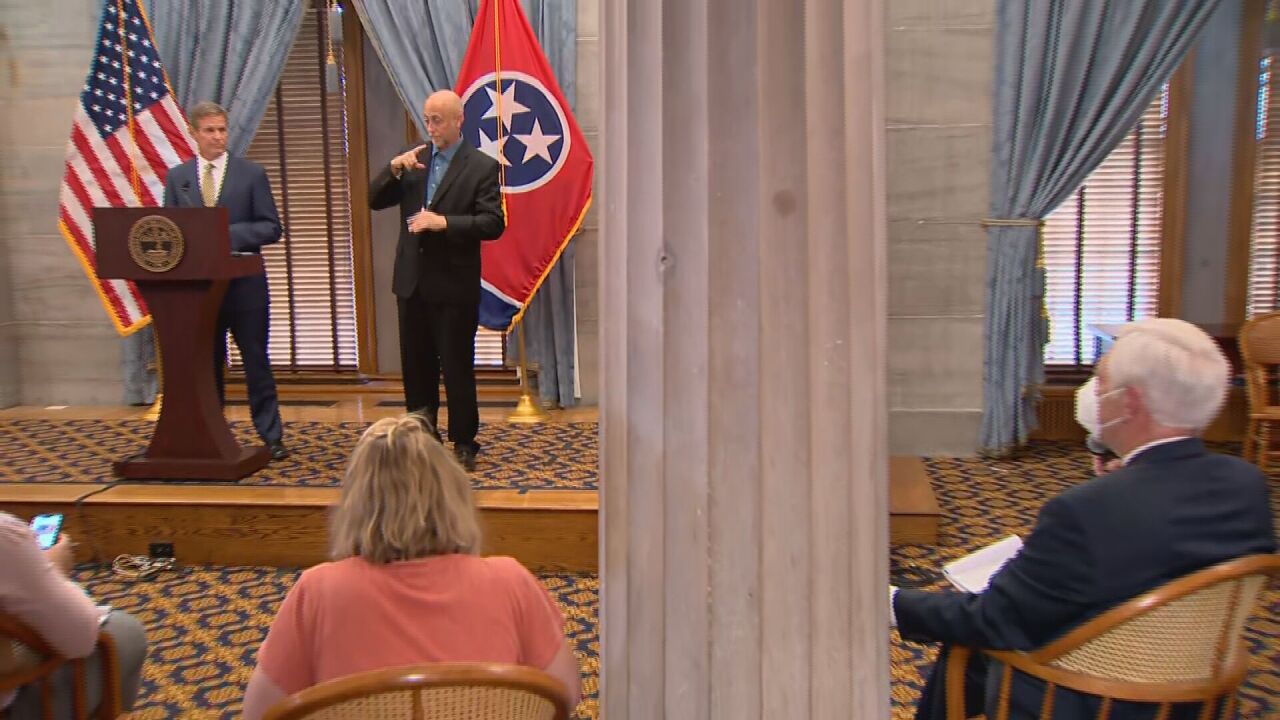 NASHVILLE, Tenn. (WTVF) — Federal experts say getting the pandemic under control is the first step before kids can safely return to school.

But Tennessee Gov. Bill Lee is defying the scientific consensus as he insists that school is where most children need to be regardless of the spread of COVID-19.

Right now, virtually every Tennessee county is showing what the state considers to be an unacceptable level of transmission.

"A child in an unstable home is better in a classroom than they are out of the classroom," Lee told reporters Tuesday, pointing all the benefits of children being in school.

The governor's push ignores guidance from the Centers for Disease Control that the number one consideration out to be "COVID-19 transmission rates in the immediate community."

CDC director Dr. Robert Redfield and deputy education secretary Dr. Mitchell Zais told reporters that, while there is a strong preference for schools to re-open, that may not always be prudent.

"In areas where there are hot spots, remote and distance learning might need to be adopted for a certain amount of time," Zais said.

Redfield agreed, "When you look at the hot spots, I think most of us right now are looking where the percent positivity rate within the community is greater than five percent."

Tennessee's statewide positivity rate - the percent of new tests that come back positive - has been hovering near 10 percent.

The head of the White House coronavirus task force, Dr. Deborah Birx, echoed that sentiment this past weekend, arguing that states need to get the positivity rate to five percent or less.

WATCH: Is your school system following guidelines from the CDC and the White House? With a #COVID19 positivity rate well above 5% in Tennessee, if they are re-opening, they are NOT - no matter what they say! pic.twitter.com/xMsnP5WI69

"We're asking people to distance learn at this moment so we can get this epidemic under control," Birx told CNN.

The American Academy of Pediatrics has made the same argument, backing off an earlier position that suggested a singular focus of re-opening schools.

"We recognize that many jurisdiction will need to utilize distance learning strategies until cases decline," Dr. Sean O'Leary recently told a congressional subcommittee.

If your school system plans to re-open while #COVID19 shows uncontrolled spread - and administrators say they are relying on advice from @AmerAcadPeds - show them this clip from the organization's congressional testimony. Much more nuanced than I've seen before. pic.twitter.com/9tg9uq79AO

It's an opinion echoed in a new report from experts at Harvard.

NewsChannel 5 Investigates asked Lee about his decision to ignore that scientific consensus.

We noted, "All of the experts on the federal level say you've got to get the pandemic under control first before you can deal with those issues. Do you have a single scientific expert who tells you they are wrong?"

Lee began to talk about the benefits of children being in school, "As I said, we have clear evidence."

We pressed, "But about getting the pandemic under control, sir?"

"To be clear," the governor said, "we have worked and continue to work every day to mitigate the spread of that pandemic in this state."

The Harvard experts rank counties by risk levels based on how much the virus is spreading, specifically using the rate of daily new cases per 100,000 people.

Schools in counties like Davidson and Rutherford, colored red on the Harvard map, should have "all learning remote for all learners."

Orange counties, like Montgomery, Sumner and Williamson, could potentially bring back preK through 5th, then sixth through 8th.

High schools would still be on "remote learning for all learners."

At yellow, as conditions improve, high schools could go to a hybrid schedule.

And at green, when transmission had almost been eliminated, everyone could be back to class.

NewsChannel 5 Investigates continued to press the governor, "Just to be clear, you don't have an expert you can point to who says now is the time to re-open?"

"Twenty-five percent of child abuse cases in our state is a very clear reason that I believe that we should protect children in this state and get them back into the classroom along with a number of other reasons that we think it is best for kids to go back to school."

A number of school systems are re-opening despite the scientific advice.

The governor has called lawmakers back into special session next week where one of the items on the agenda will be give liability protections to schools in case anything does happen.