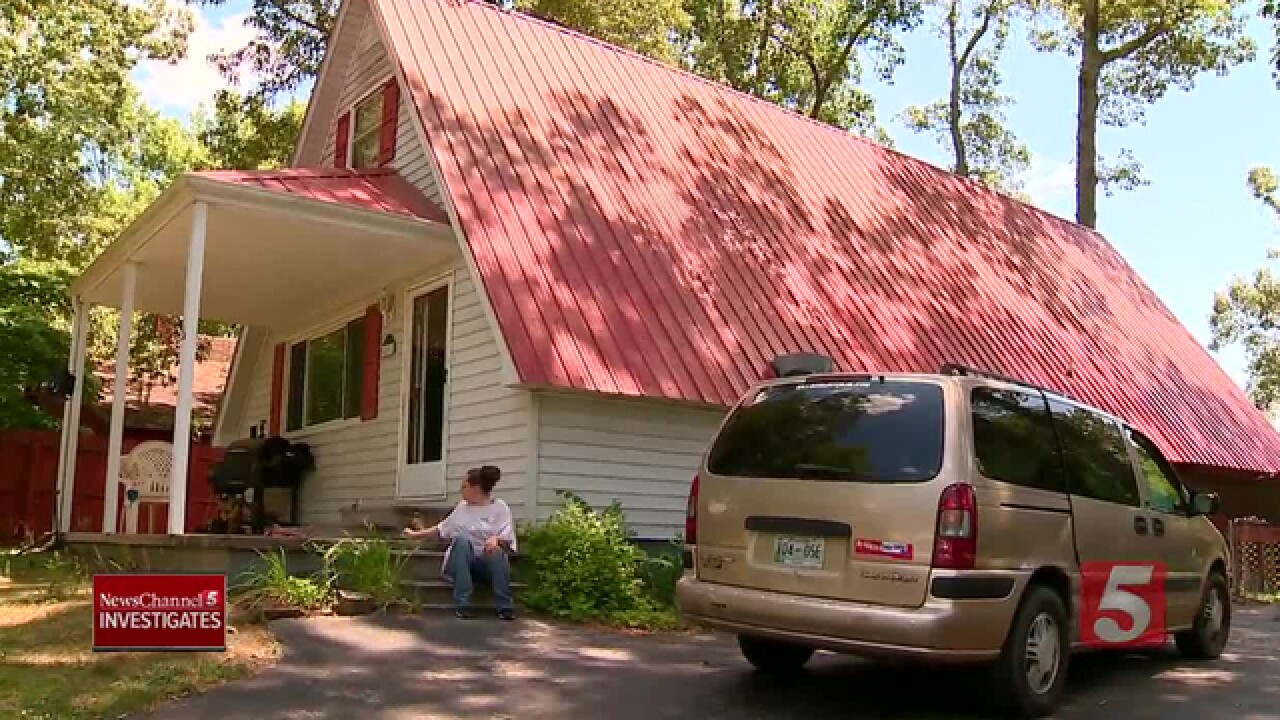 Jessica Newnum is suing the sheriff for violating her civil rights after deputies entered her home looking for a fugitive last May.

Newnum is also suing the county claiming it regularly allows its "officers including Sheriff Oddie Shoupe" to violate the "constitutional rights of the public at large."

Newnum said in the lawsuit she was "terrified" when White County Sheriff's Deputies surrounded her home and entered while she was sleeping.

"The sheriff opened up my bedroom door with a gun pointed at me, telling me he had a warrant to search my house but he never showed me anything," Newnum told NewsChannel 5 Investigates last summer.

Dash cam video from that day shows Sheriff Shoupe banging on her door.

They were looking for the Sheriff's nephew, David Pecor, a fugitive who had missed a court date.

Audio from the dash cam reveals how shocked Newnum was once deputies entered her home and said they had an arrest warrant.

Newnum asked, "Who for me?"

Newnum had never heard of Pecor.

She had recently moved into the home Pecor's brother once rented.

You can hear her crying as Sheriff Shoupe continued talking to her.

"You don't know him? Ok. Come out here. We're going to look around," Shoupe said.

Attorney Richard Brooks filed the lawsuit on behalf of Newnum.

"He said, ' well we are going to look around anyway'," Brooks said.

They claimed an arrest warrant for someone Davis had never heard of was all they needed.

Davis told the deputies to leave and said, "You don't have a search warrant to search my residence."

The deputy responded, "Yes we do."

The deputy said, "It's called probable cause ok. The gentleman we are looking for has a felony arrest warrant against him."

He had an arrest warrant for his nephew and believed he was inside.

"We don't have to have a search warrant. If we've got reasonable probable cause, which we did, and the subject that lived there prior was my nephew, the brother to this subject, so we made entry," Shoupe said.

Legal experts said he was wrong.

"He needed a search warrant to go into that woman's house and the entry was absolutely unlawful," said attorney David Raybin.

Richard Brooks said Newnum is still shaken by what happened.

But he said the bigger goal of the lawsuit is to send a message to law enforcement.

"I want the Bill of Rights enforced," Brooks said. "I want these sheriffs in this area that I go around, I want them to understand they can't stomp on the little people."

The White County Sheriff's Office said it cannot comment on the lawsuit.