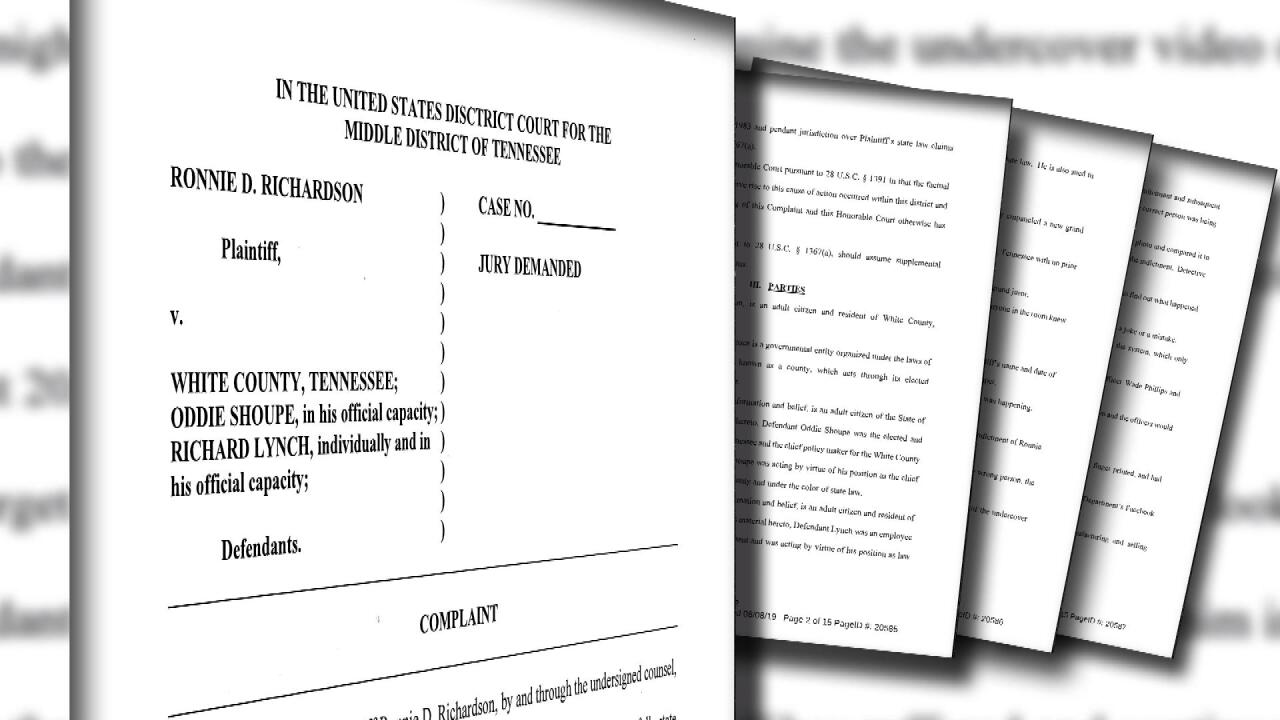 SPARTA, Tenn. (WTVF) — A man who was wrongly arrested after showing up to serve on a grand jury, is now suing White County and its former sheriff, Oddie Shoupe.

As NewsChannel 5 Investigates reported last September, Ronnie D. Richardson, 51, has a similar name as a man caught on an undercover video selling meth.

After Richardson heard a few cases as a member of the grand jury, a White County Sheriff's Deputy asked him his name and then asked him to leave the room.

The grand jury then indicted Richardson on four felony counts of manufacturing and selling meth.

Richardson repeatedly told officers they were arresting the wrong man. He was able to come up with the bond money and then paid more money for a private attorney.

The day after his arrest the White County Sheriff's department posted his mugshot on its Facebook page.

When the detectives compared the video with the mug shot of Mr. Richardson they realized they had the wrong man.

He said he moved quickly to dismiss the charges.

"This is very unfortunate that this happened to Mr. Richardson," Dunaway said in September of last year.

Dunaway said it was not clear how Ronnie Richardson's name ended up on the indictment.

"I think they made an honest error, but in reviewing the file, I think the error could have been avoided," Dunaway said in September of last year.

The lawsuit claims the White County sheriff's deputy "did not take any actions prior to issuing the indictment and subsequent arrest warrant to confirm the identity of the suspect to ensure the correct person was being indicted."

White County's new sheriff at the time, Steve Page, said in a statement last year the county made immediate policy changes and that it will no longer post mug shots to its Facebook page.

It alleges White County did a poor job training its deputies and that Richardson "suffered and continues to suffer mentally and emotionally" after his wrongful arrest.