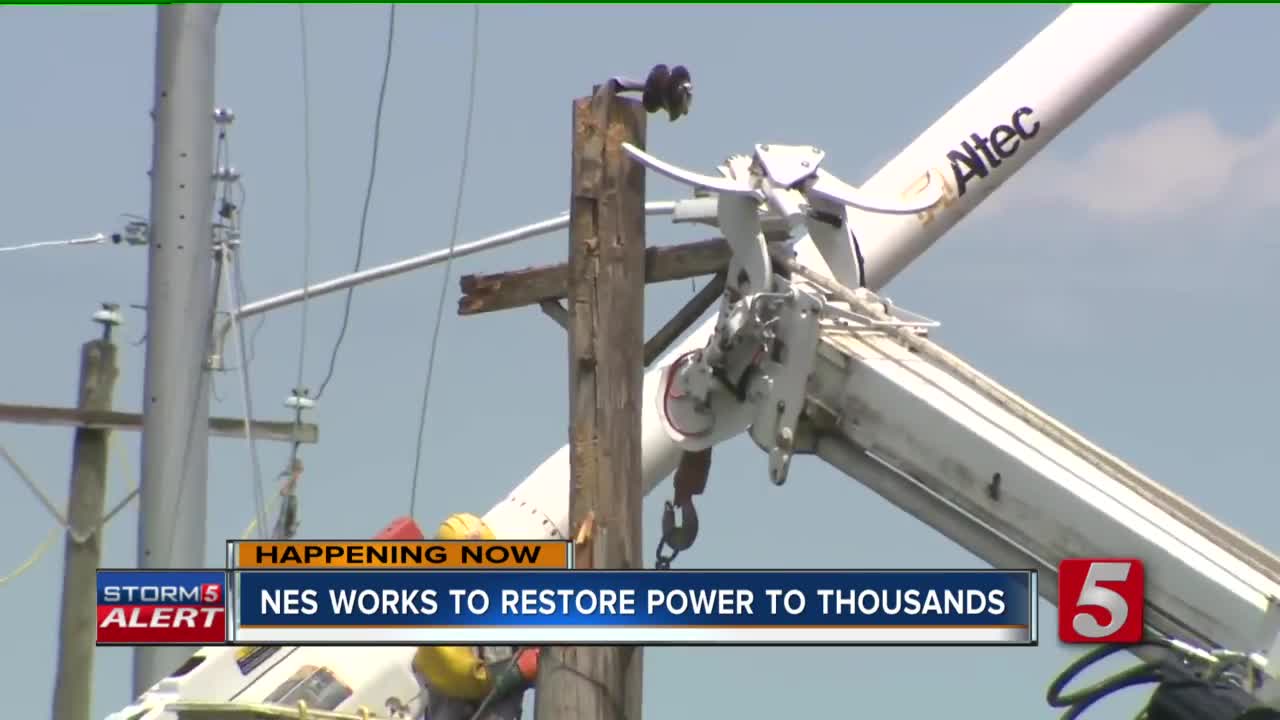 NES officials say it could be a week or two before power is restored to all customers. 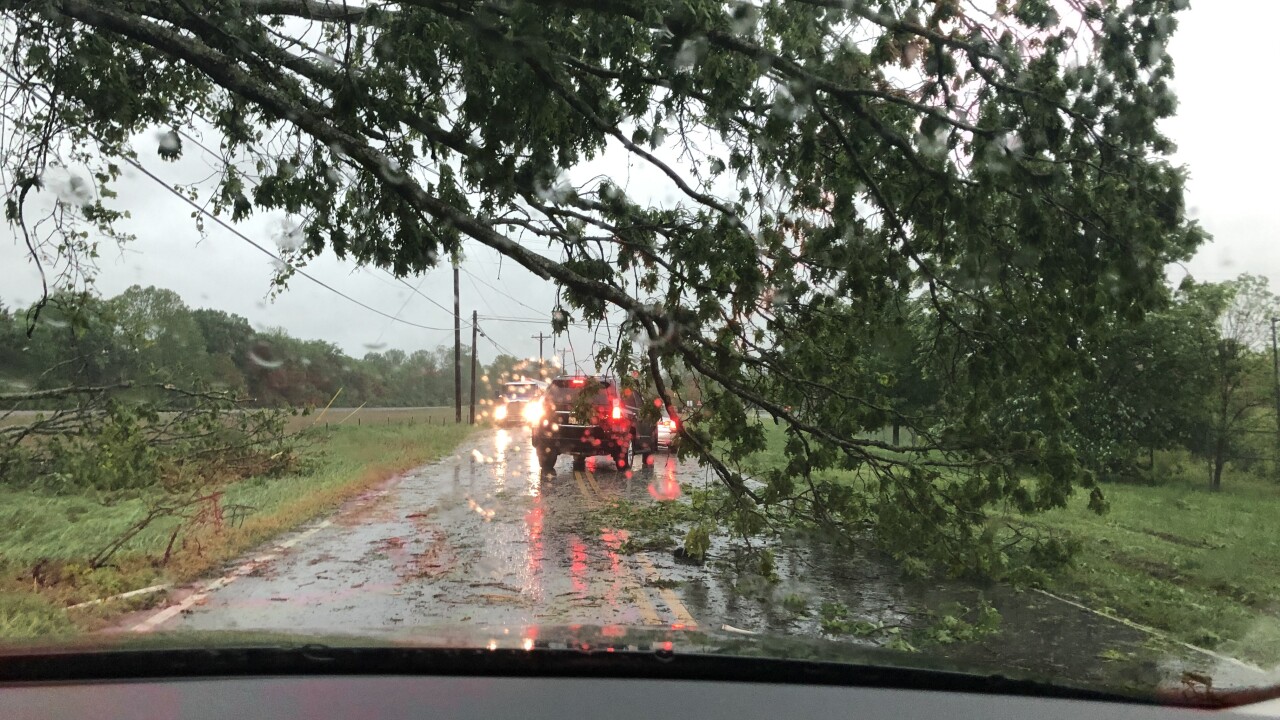 They say it will likely be considered a d"derecho" which is a line of intense, widespread storms that causes severe wind damage over hundreds of miles.

MORE: Strong storms down trees and power lines across the mid-state

Sunday's storms killed a man Spring Hill when a tree fell on him and caused widespread wind damage across nearly every Middle Tennessee county. NWS officials say it was "likely the worst straight-line wind event across Middle Tennessee since the July 13, 2004 derecho."

Some of the worst damage occurred across the Nashville metro area, where winds between 60-80 mph knocked out power to over 130,000 customers - the worst power outage on record for the city.

Officials said a peak wind gust of 71 mph was measured at the Nashville International Airport, which is the 5th highest on record at that location.