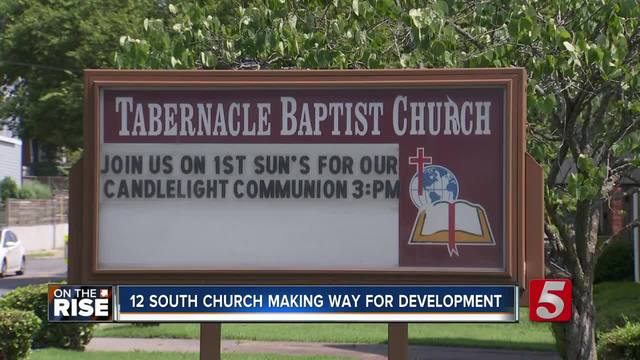 Tabernacle Baptist Church is relocating to Charlotte Pike after spending more than 50 years on 12 South, right down the street from restaurants, shops, and bars that attract locals and visitors alike. 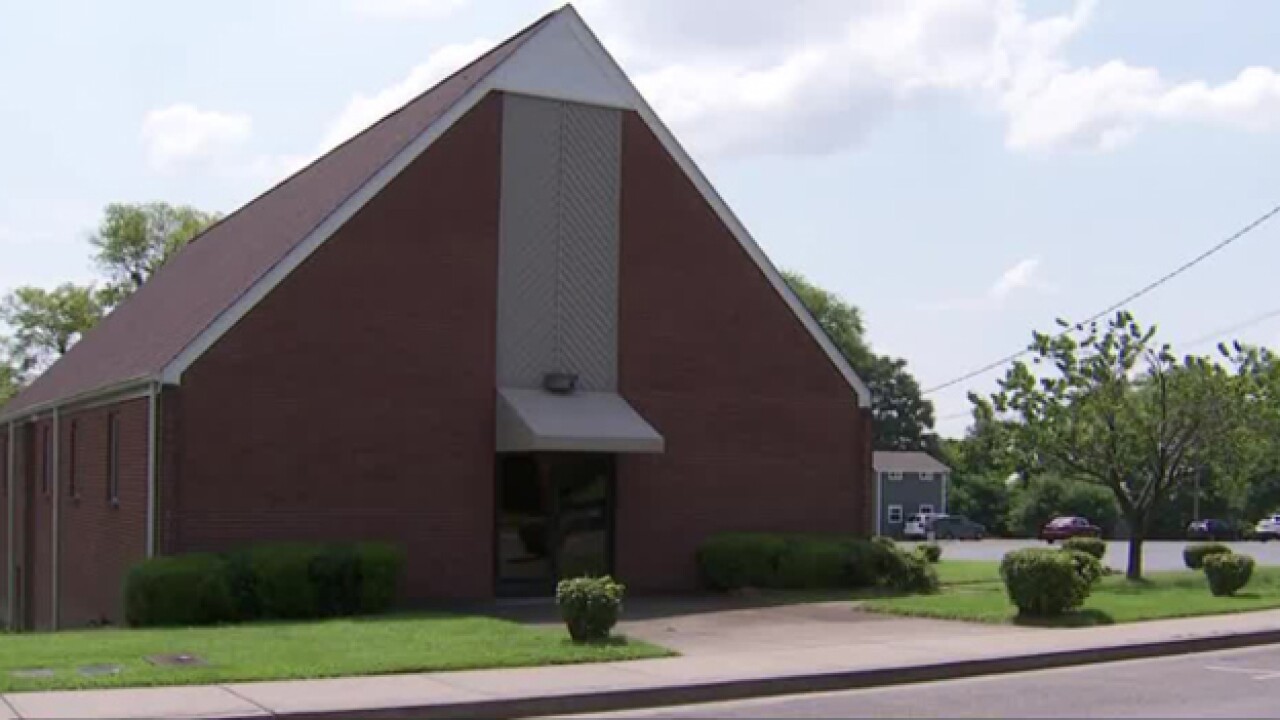 Tabernacle Baptist Church is relocating to Charlotte Pike after spending more than 50 years on 12 South, right down the street from restaurants, shops, and bars that attract locals and visitors alike.

"Nashville is turning over and neighborhoods are turning over, and 12 South is one of them," Darin Freeman Sr., pastor at Tabernacle Baptist Church, said.

The church was for sale a couple of years ago, and finally, Freeman said the right opportunity came along, so the church is planning to move to Charlotte Pike, where they've already bought property and received approval to build their new church.

The plan is to not just build a new church, but to expand their ministries and serve a new population while continuing to serve their current population.

The move means the land they're currently on, which includes a large parking lot and apartments, will be developed into something else.

"I'm sure it's going to be more living space, a little more retail, maybe a restaurant, I'm not really sure," Freeman said. "Looking at the fabric of what's already happening here, it's safe to say it's going to be in those areas."

The development can be seen as good news for visitors of the booming 12 South neighborhood as well as those who live in the neighborhood, if it's done right.

Craig Snow moved to 12 South in 2009 and loves the entertainment and food in the area, calling it one of Nashville's coolest places, but it's changed a lot since he's moved in.

"you can't really recognize it. We've gone from one home on each property to two," Snow said, adding that he, along with many of his neighbors, is concerned about density in the area with the announcement of this development on the horizon. "If a developer works with the neighborhood and with the city, I think we can see a development that will develop the community, and I think that's what we need to keep in mind: Profit can't be the driving force."

Other neighbors voiced the hope that the developer work with neighbors to create the best possible development for the area.

The development won't begin until 2020, as the church congregation plans to stay in their current building until construction at the new church on Charlotte Pike is complete, which is expected to be in the Spring of 2020.

At this time no details of the new development planned for the location on 12 South have been revealed.