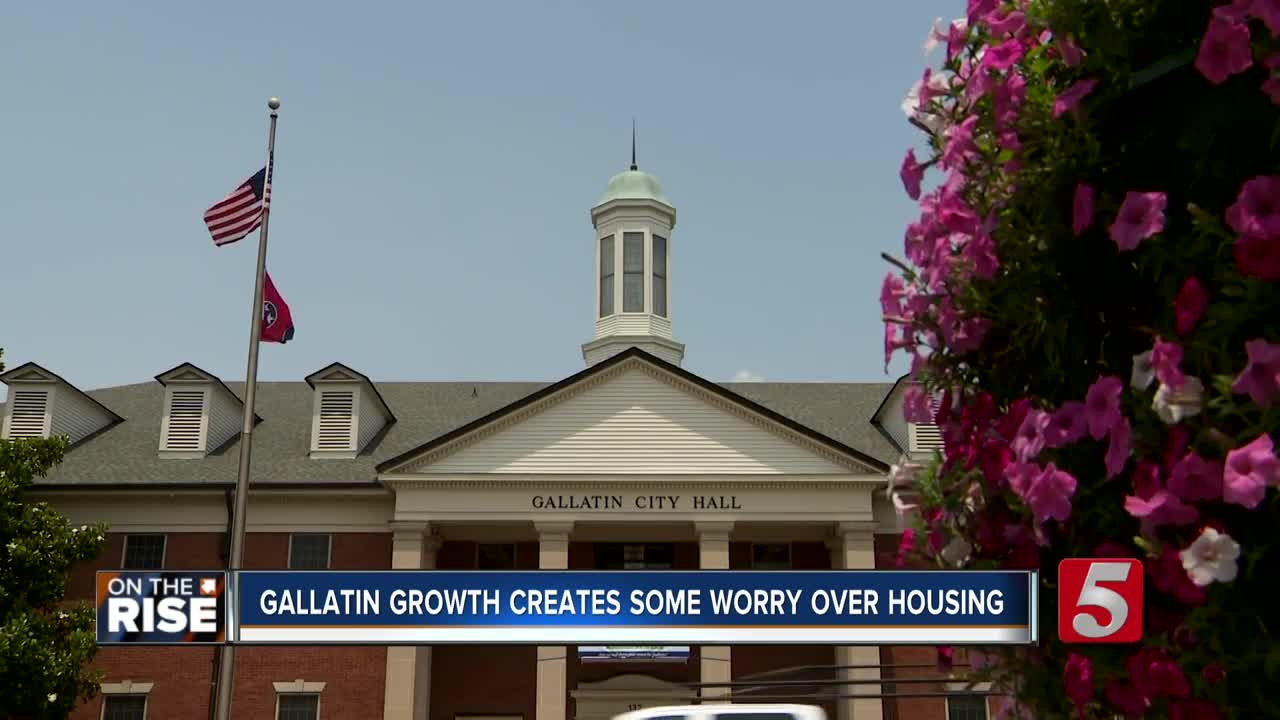 Gallatin is experiencing rapid growth, and along with it, a rise in home prices.

GALLATIN, Tenn. — Gallatin is experiencing rapid growth, and along with it, a rise in home prices.

The city population grew by 8.3-percent from 2017 to 2018 according to data from the University of Tennessee's Haslam College of Business.

That's the fourth highest in the state by number.

Fenten said he believes the population of the city is 42,000 right now.

He also said home prices have increased in recent years. The average price of a home in Gallatin was $331,000 in March, though that number dropped in April.

"It's difficult if you're making $15 an hour to live in one of those homes," said Fenten. "So, it's really incumbent on this office to help steer that job creation in a little bit different direction. Diversify that employment opportunity."

Gallatin Mayor Paige Brown said she recognizes the problem and hopes controlled growth can keep it from getting worse.

"I think for most of Middle Tennessee, the phenomenon of the rate of growth is a new experience," she said.

"One of the most interesting comments that I've heard more than once is that we don't need more houses here," she said. "We need the ones here to be more affordable. Well, supply and demand of course doesn't allow that to happen."

Still, the mayor believes the future for Gallatin is bright. They're asking for community input into the long term plan for the city.