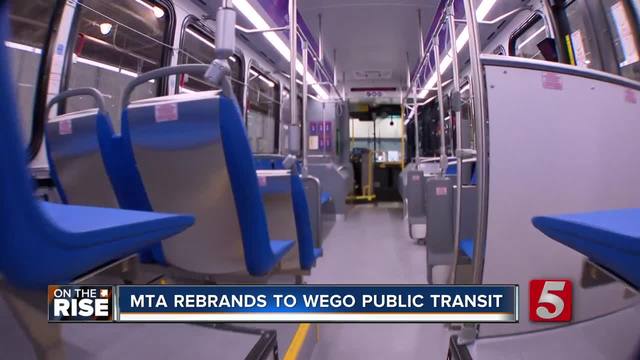 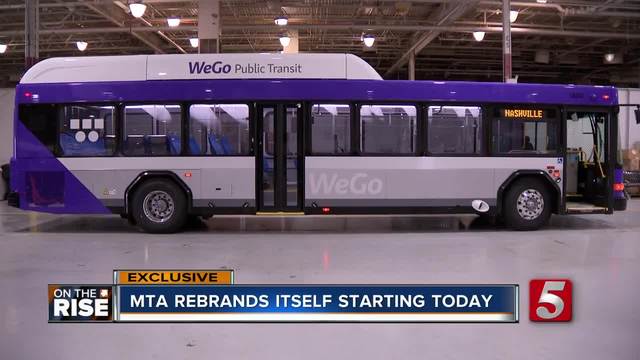 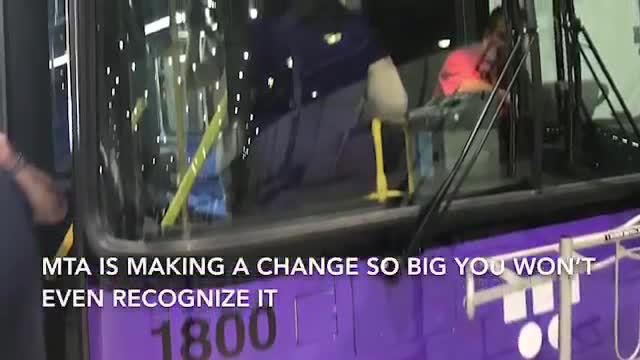 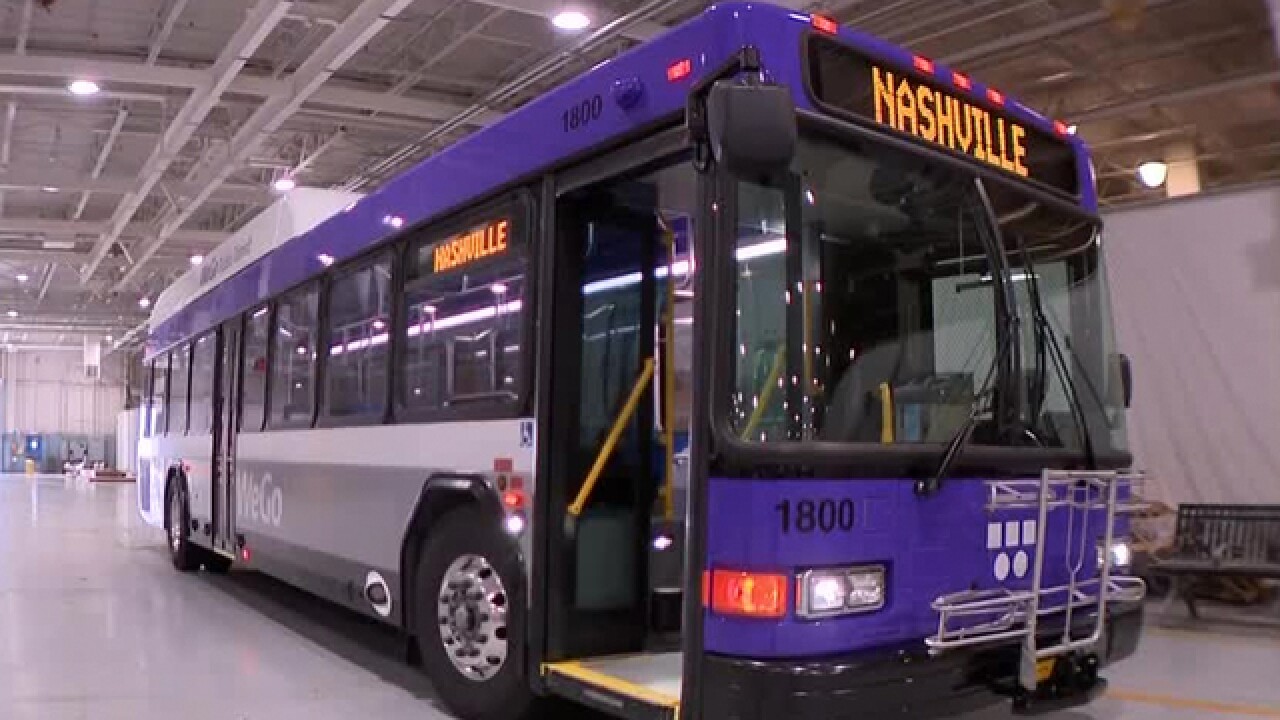 The Metro Transit Authority has announced a massive rebranding and gave NewsChannel 5 the first look at its brand new buses sporting the new color, logo and updated technology.

It was a big blow to MTA when the May transit referendum failed, which was going to provide a funding source to expand the bus system with crosstown routes, longer service hours and more frequent buses.

However, the group that runs the city buses says it may have been down after the vote, but it says it is certainly not out.

"Frankly there was a sense of, with the defeat of the referendum, let's not bury our heads in the sand. Let's step up to the plate and if we can't hit a home run maybe we can hit some singles and doubles," said WeGo CEO Steve Bland.

During nMotion and Let's Move Nashville meetings on city planning, the city received input from thousands of Nashvillians. And MTA realized many people didn't know much about their organization or how to use their services.

In the last fiscal year, MTA reported a ridership of 9.2 million, which was down around 500,000 rides from the ridership peak in FY 2015. MTA attributes the decline to cheaper gas prices, but says with the growing traffic problem around Middle Tennessee, it expects more people to turn to mass transit.

Staff say becoming WeGo is a chance to be more current and in-line with the city they serve, as Nashville experiences a cultural growth alongside its explosion in population.

“A lot of people tilt their head at it (the name) at first, but really it’s our mission. It’s our mission in the name. We go to downtown, we go to work, we go to the doctor’s office, we go everywhere you need to go,” said WeGo spokesperson Amanda Clelland.

WeGo's 31 new buses and 19 Access Ride vans along could not have come at a better time to make the rebrand work. The new vehicles are bright purple and have major technological upgrades. Commuters will see them hit the streets over the next few months, sporting the new color and logo.

"When people see mass transit in Nashville it's something that just blends into the background, so the first thing is that it just pops and it's something you take notice of," Bland said.

EXCLUSIVE: big changes start today! @Nashville_MTA is undergoing a complete rebrand. You're not even going to recognize it. Let me know what you think pic.twitter.com/9guiQvIHqk

The new diesel hybrid electric buses will help alleviate the current bus shortage that has 8 afternoon routes operating on limited service. Those routes should return to normal over the next few weeks, WeGo says.

The buses also have USB chargers, more hygienic seats and eventually, will have a fare system where you can pay with your phone. A Wi-Fi pilot program will launch soon.

While the additional vehicles were already planned and paid for, the complete rebrand was not.

WeGo says it cost around $100,000 out of its regular budget to hire a firm and get the wheels rolling on the change. They say to keep costs down, they will wait until buses and other materials need to be replaced before bringing new ones in with the WeGo brand, which could take about 3 years.

"Regardless of the name change and the color scheme, we're still $1.70. We're still the cheapest mode to get around town," Clelland said.

Two of the new buses are in service as of Thursday. You can catch them on the #60 route downtown and the #3 route through West End and White Bridge.